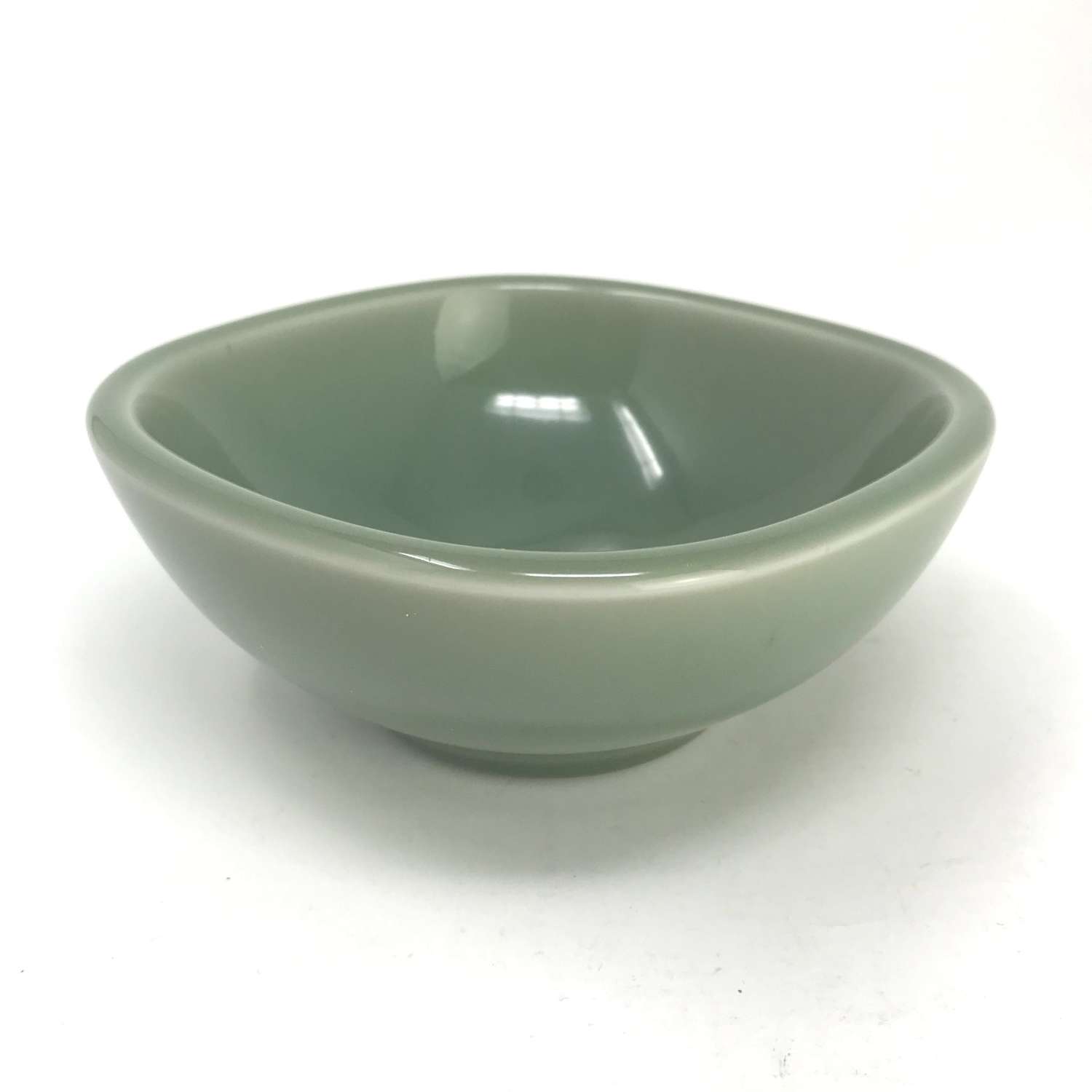 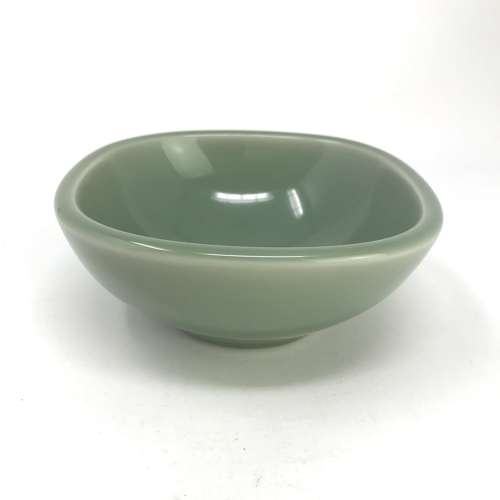 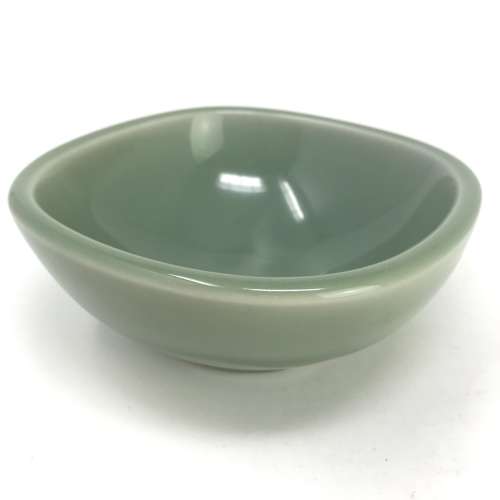 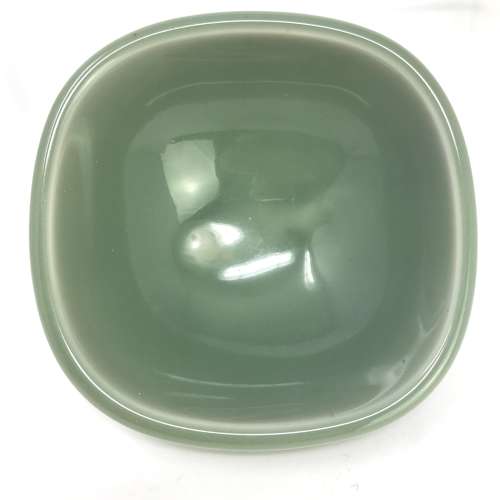 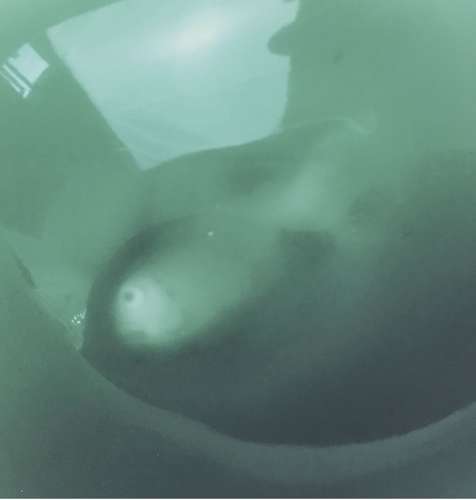 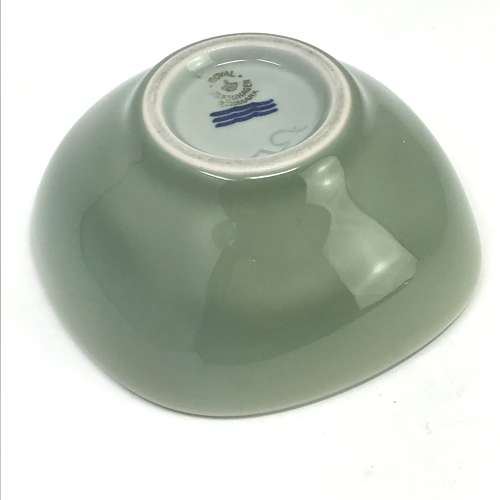 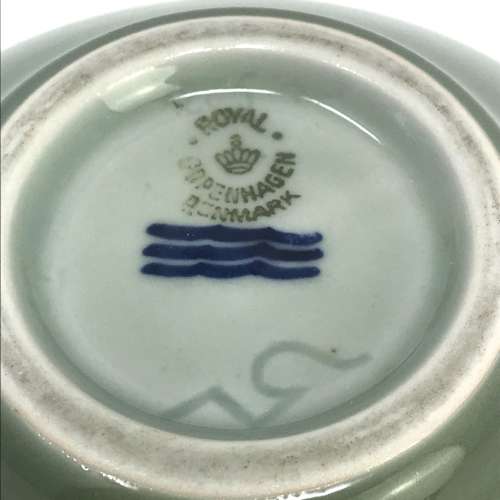 Nils Thorsson celadon glazed bowl with a fish inside the bowl. Royal Copenhagen c1950s. Monogram to the base.