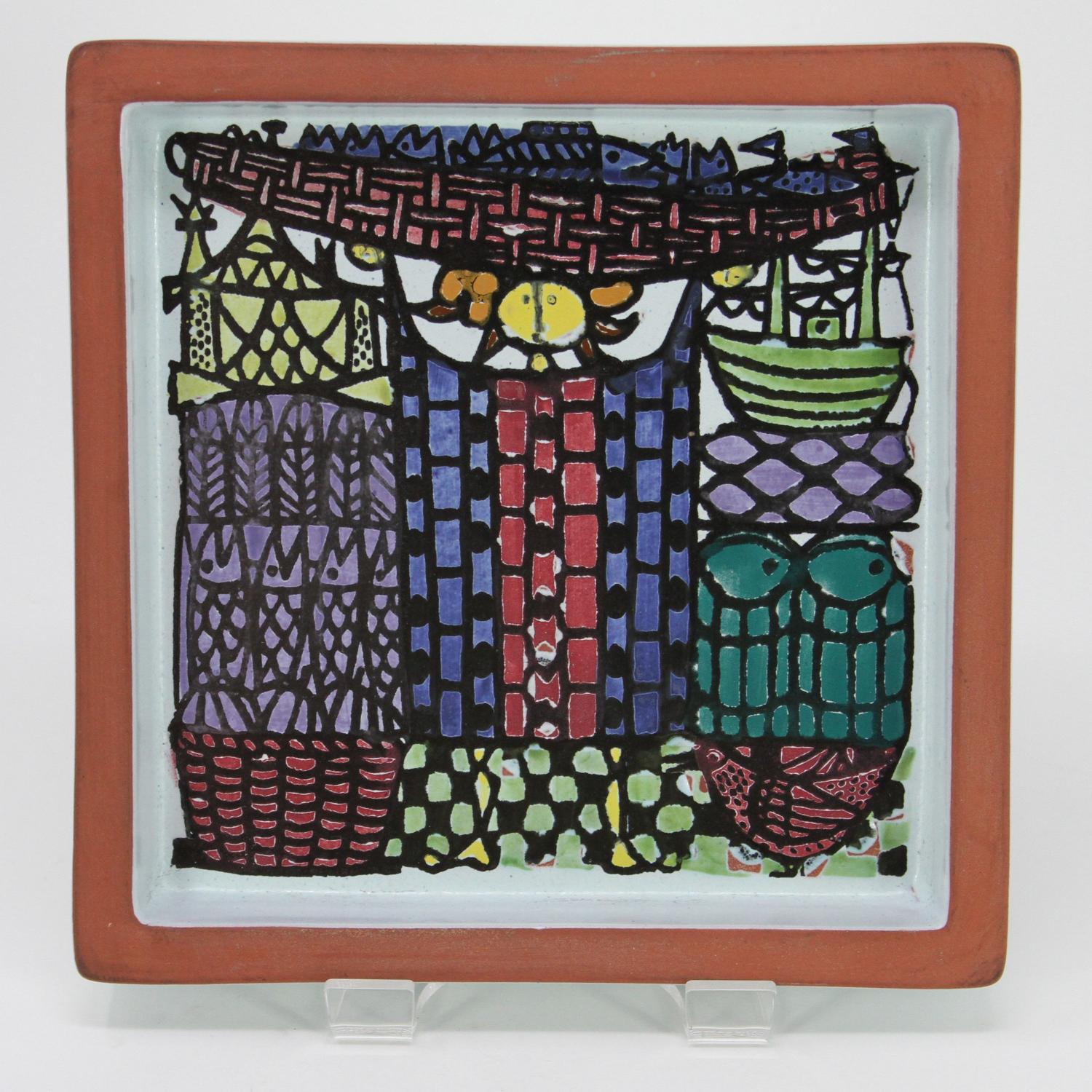 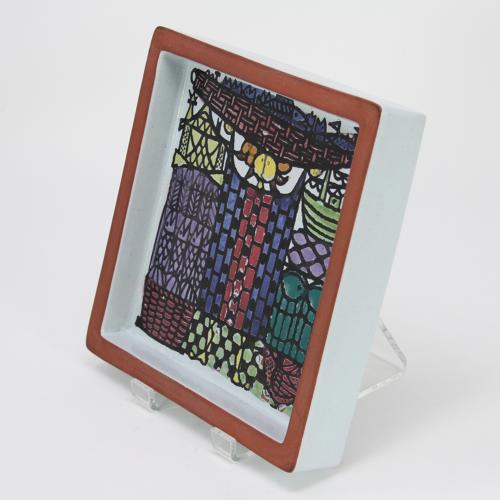 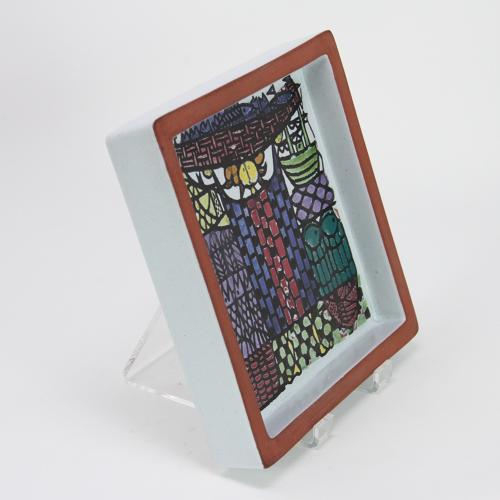 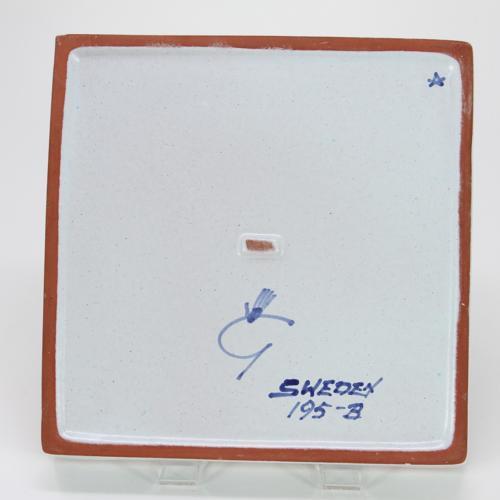 A hand-painted dish from the Karneval series with a harbour scene. This was designed by Stig Lindberg for Gustavsberg in the 1950s