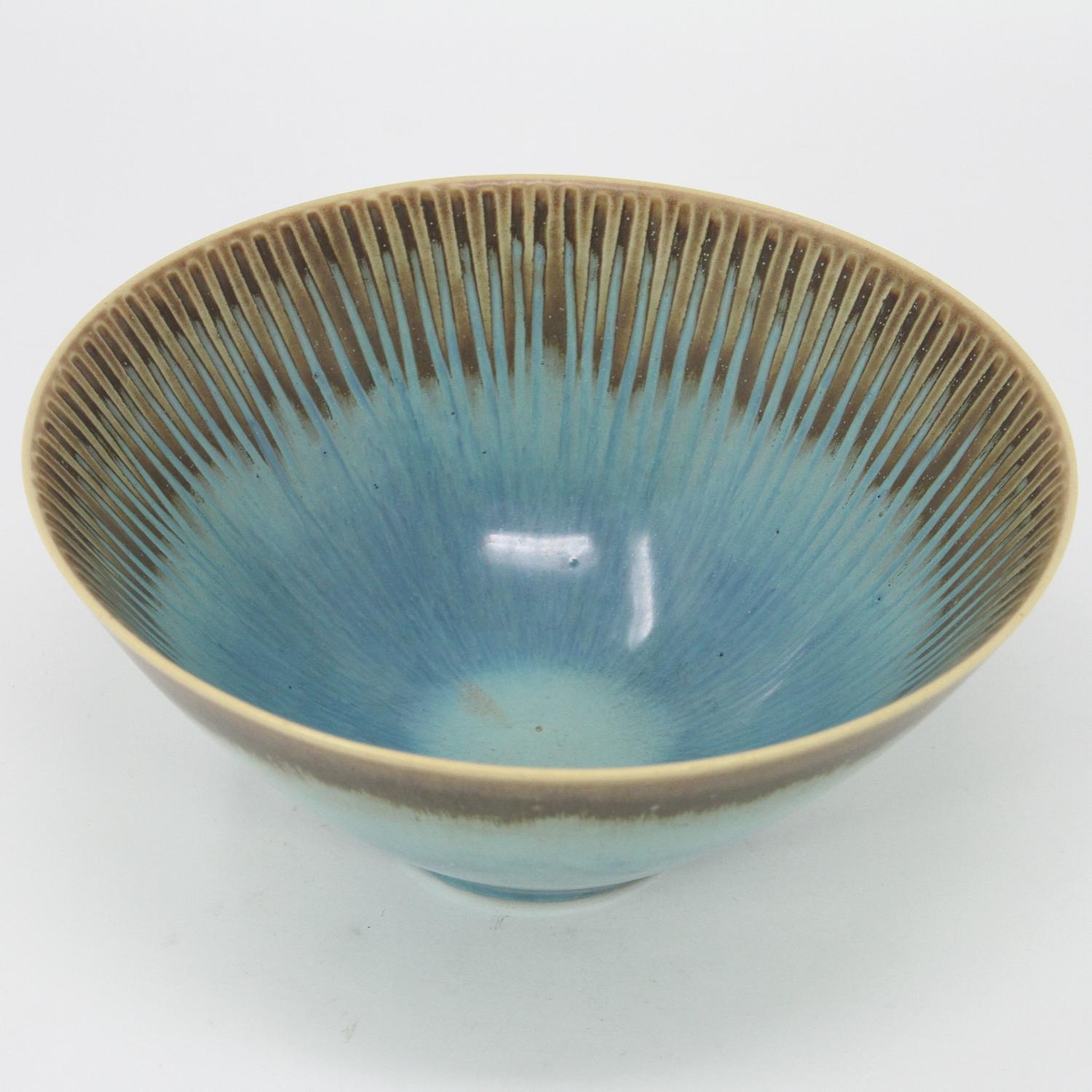 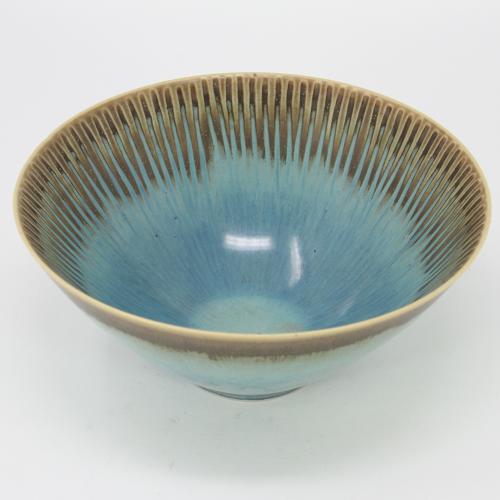 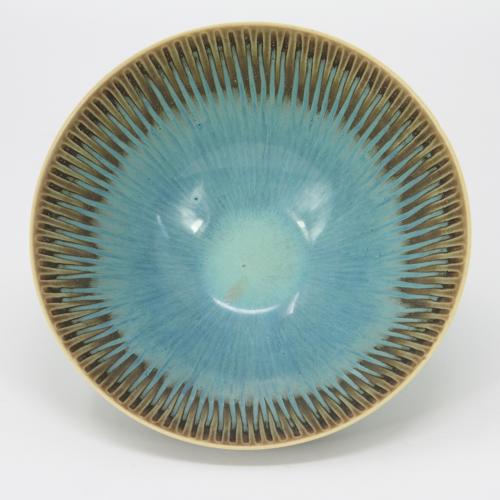 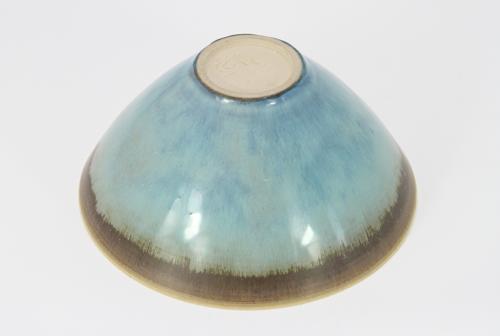 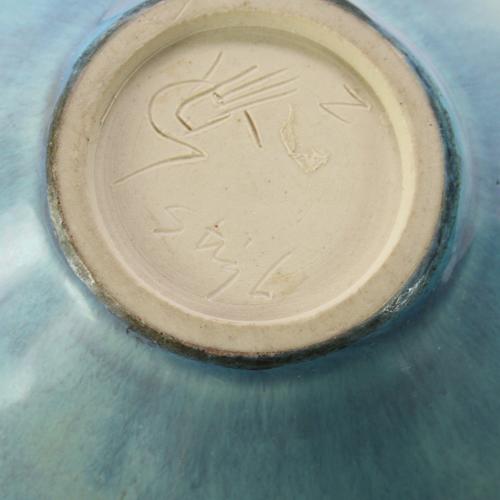 A remarkable, unique stoneware bowl by Stig Lindberg for Gustavsberg. This has Lindberg's mark to the base but no date. It is likely to date from the 1950/60s. The bowl has a beautiful blue glaze with brown/gold highlights around the rim. This is mottled on the outside and has a featherd pattern on the inside.

The bowl is in excellent used condition with a few light surface marks and a few bubbles in the glaze from manufacture.