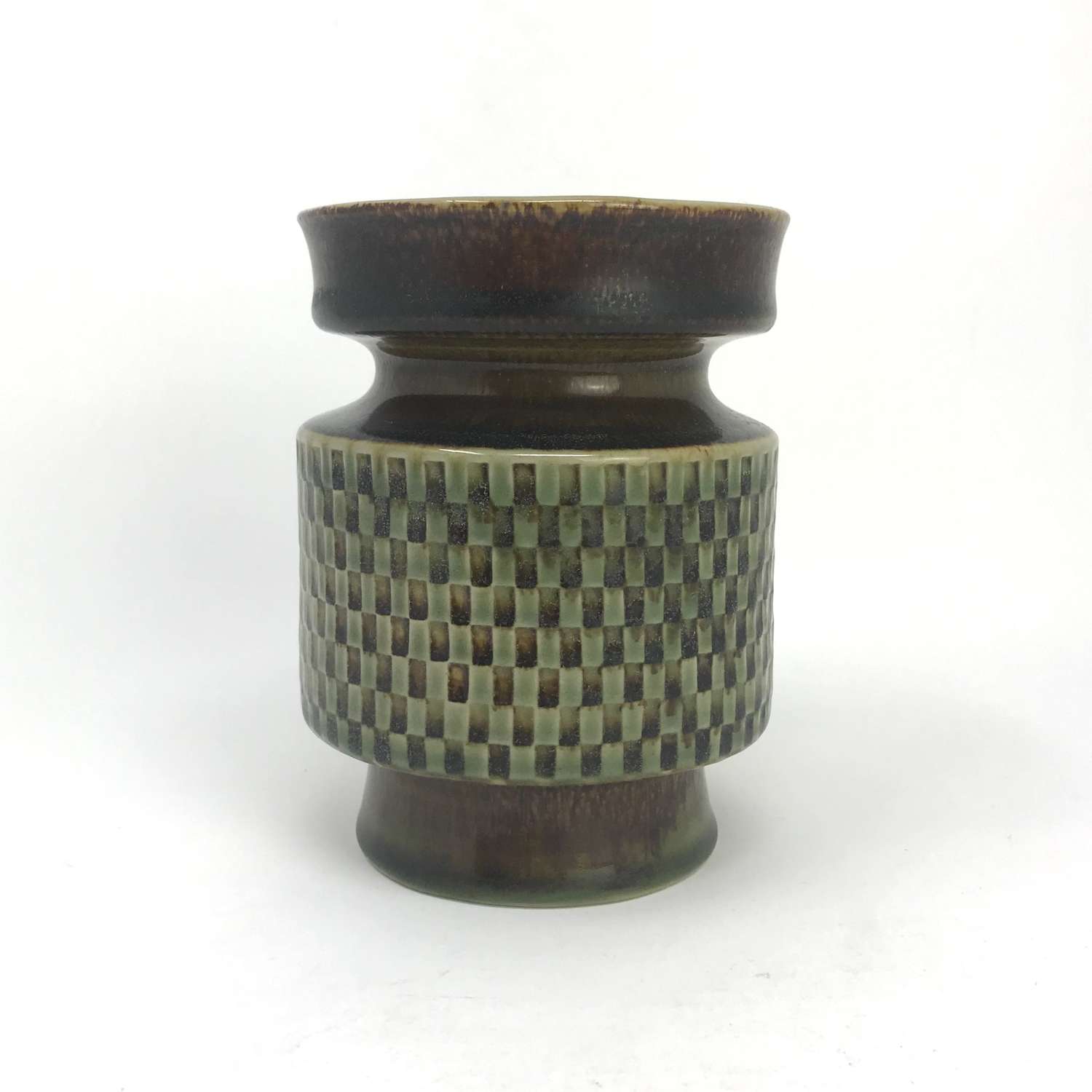 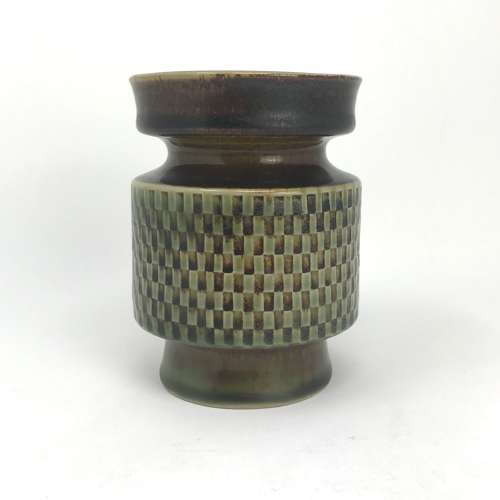 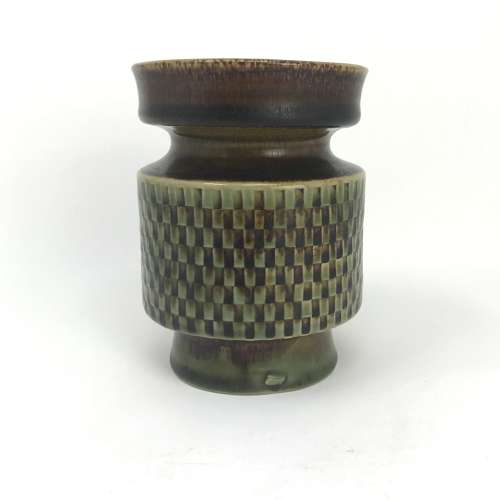 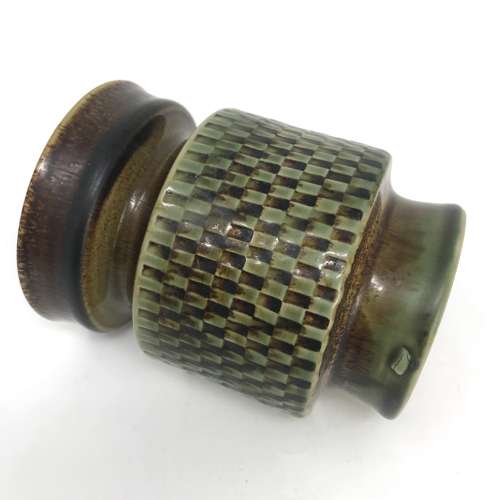 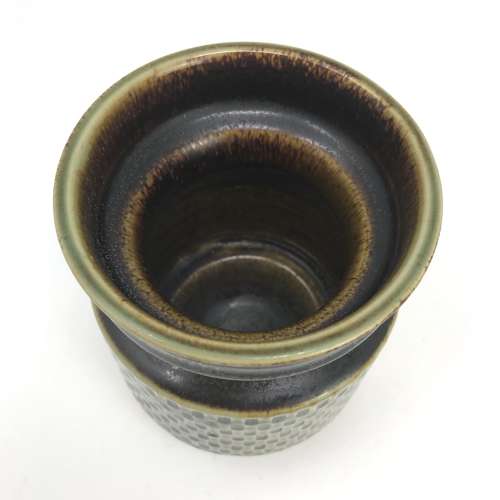 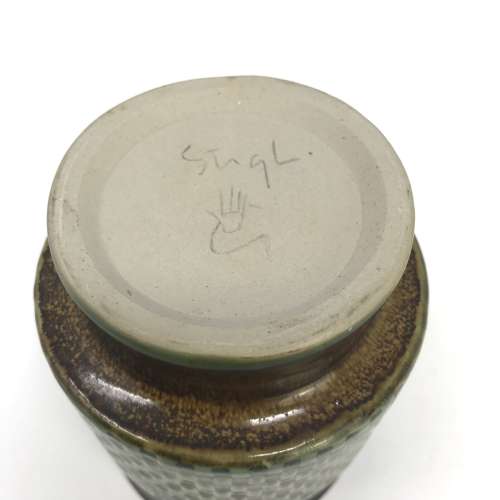 Stig Lindberg unique stoneware vase in green and brown for Gustavsberg, Sweden. Signed with studio mark to the base.

Excellent used condition, clay inclusion underneath the glaze near the base.