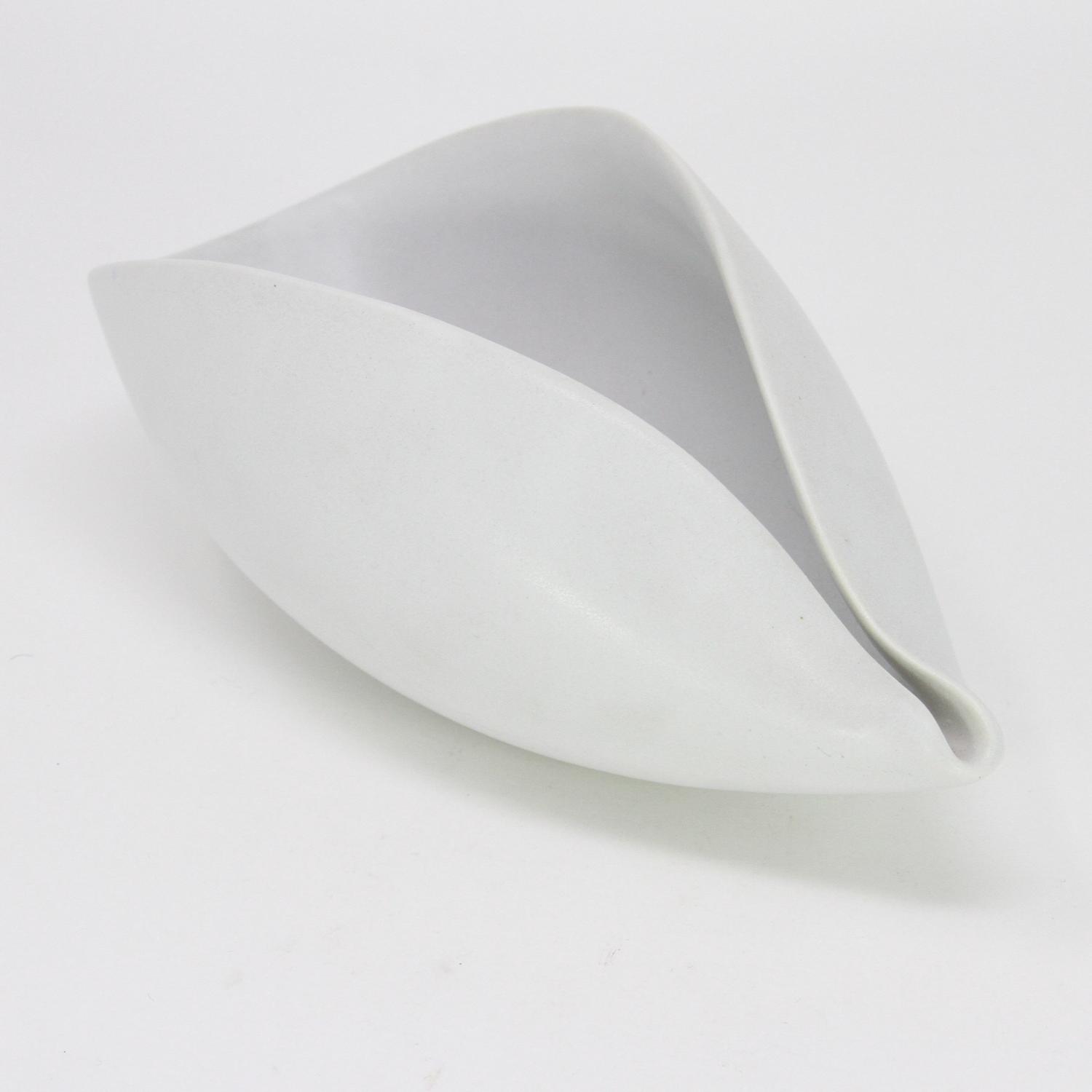 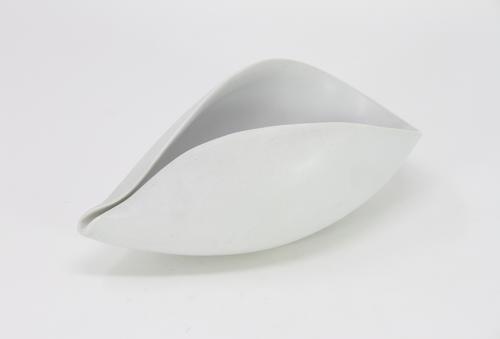 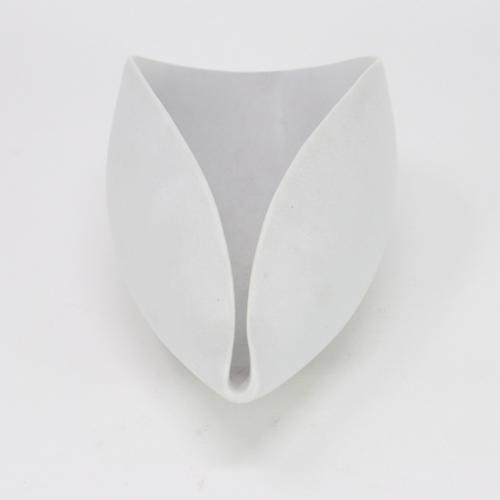 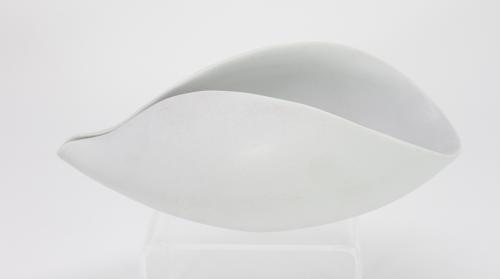 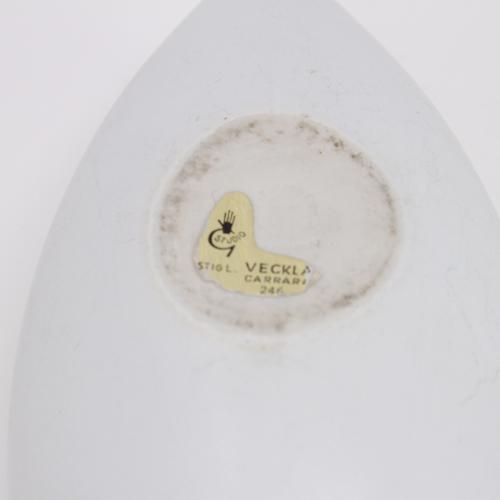 Iconic biomorphic bowl from the Veckla range designed by Stig Lindberg for Gustavsberg in the 1950s. This has a matt white glaze and no surface pattern.