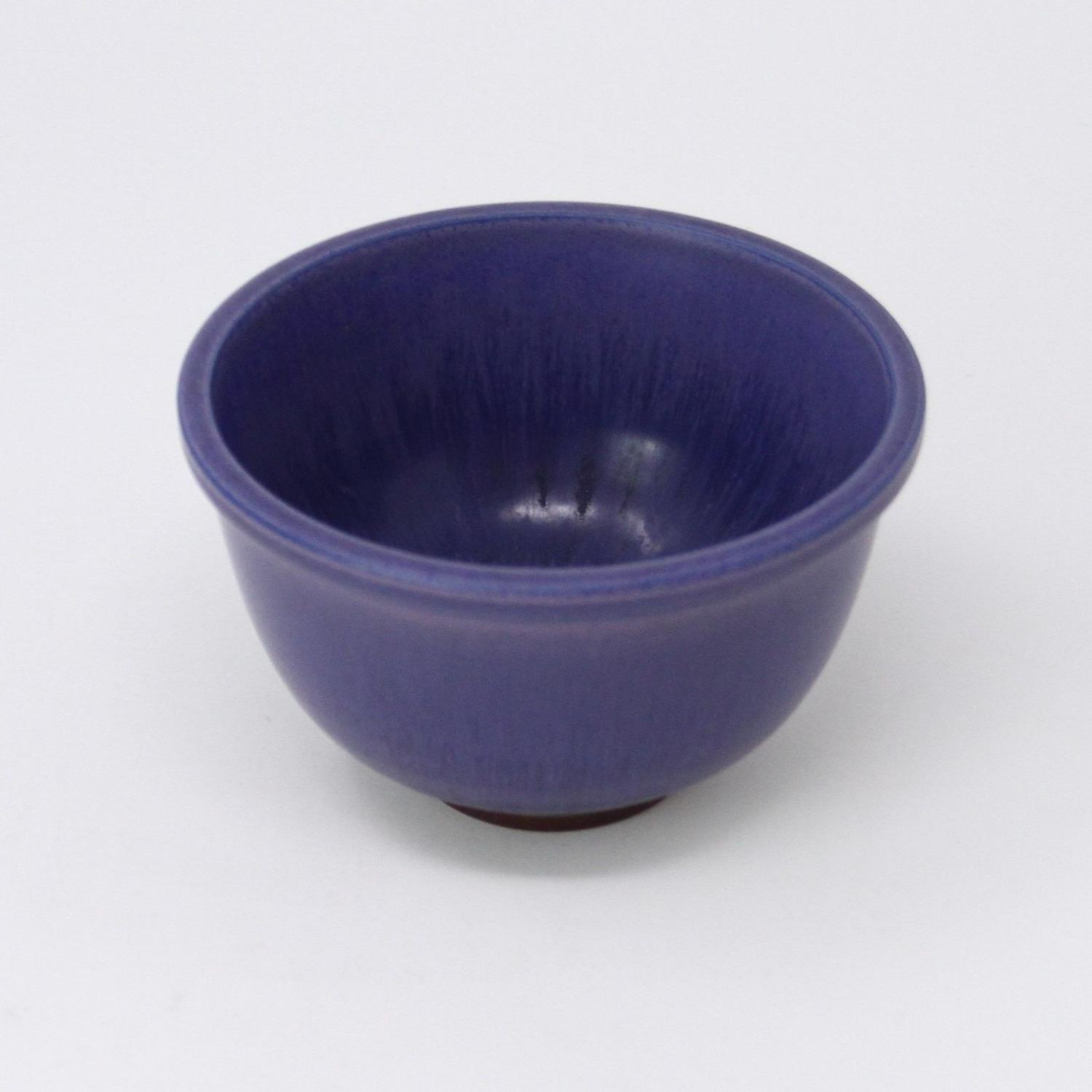 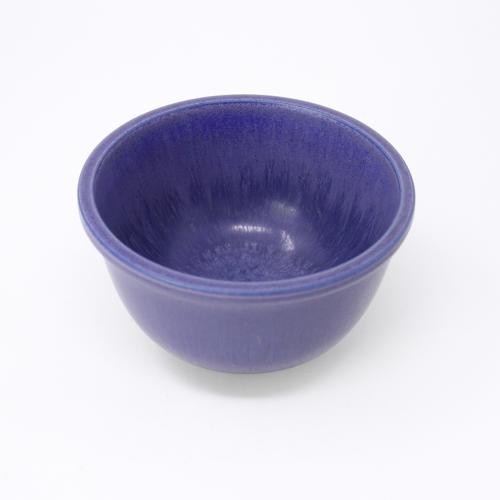 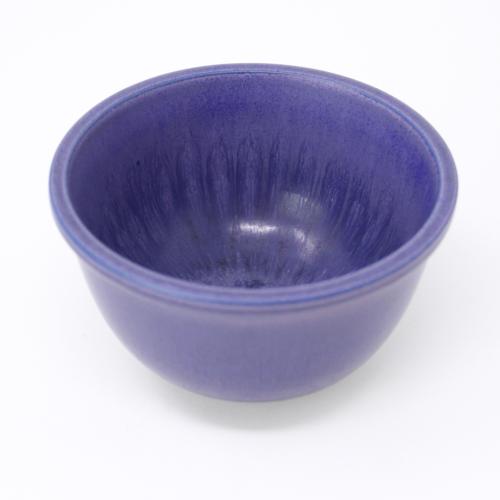 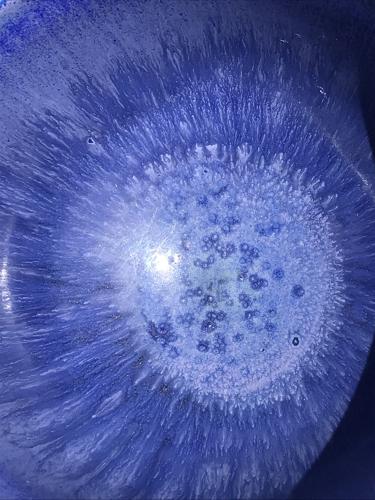 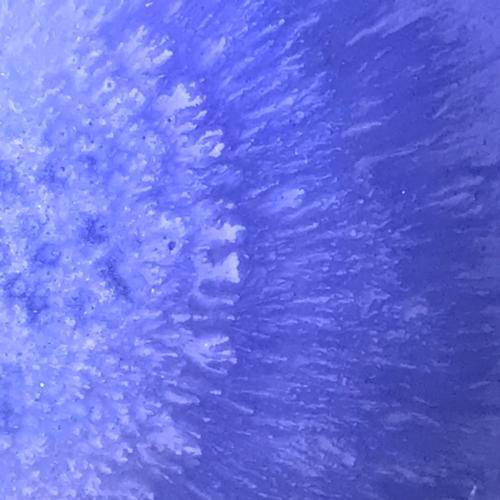 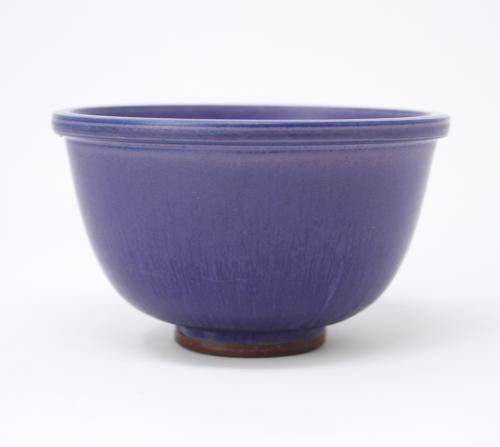 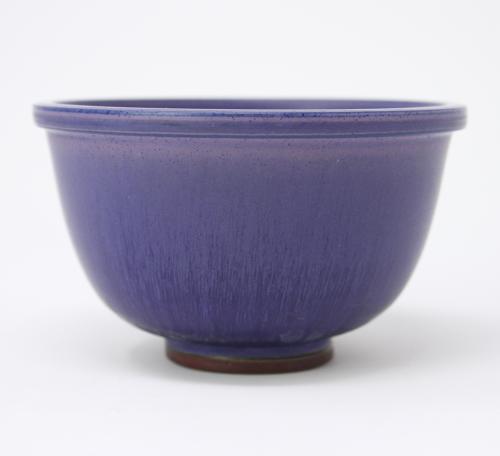 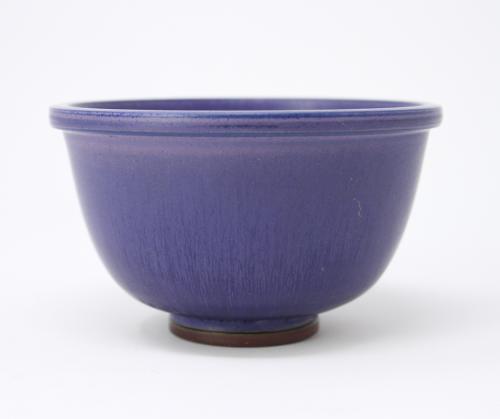 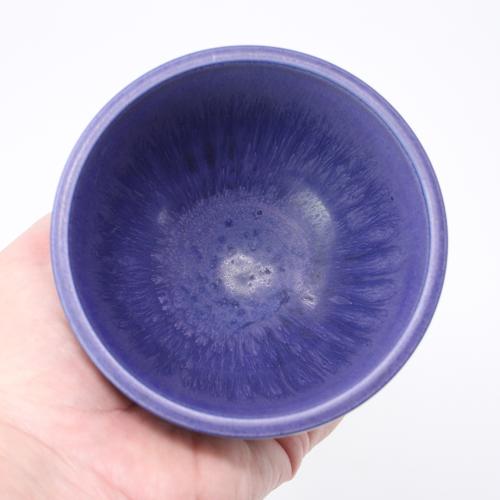 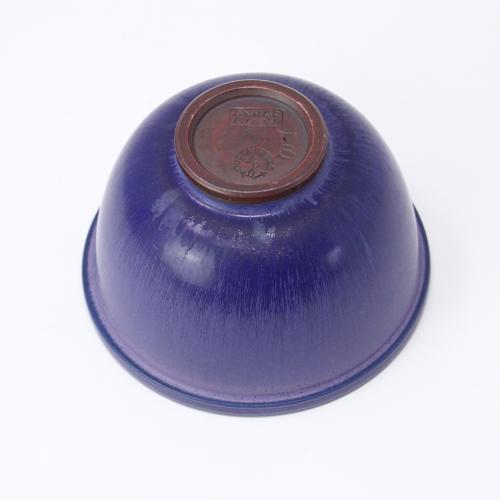 A very early violet-blue bowl with a haresfur glaze by Berndt Friberg for Gustavsberg. This is signed on the base with a monogram and has the Gustavsberg marks for 1940-44 and the word Ankargods (anchor ware). These marks were only used on the very early pieces that Friberg signed under his own name for Gustavsberg.