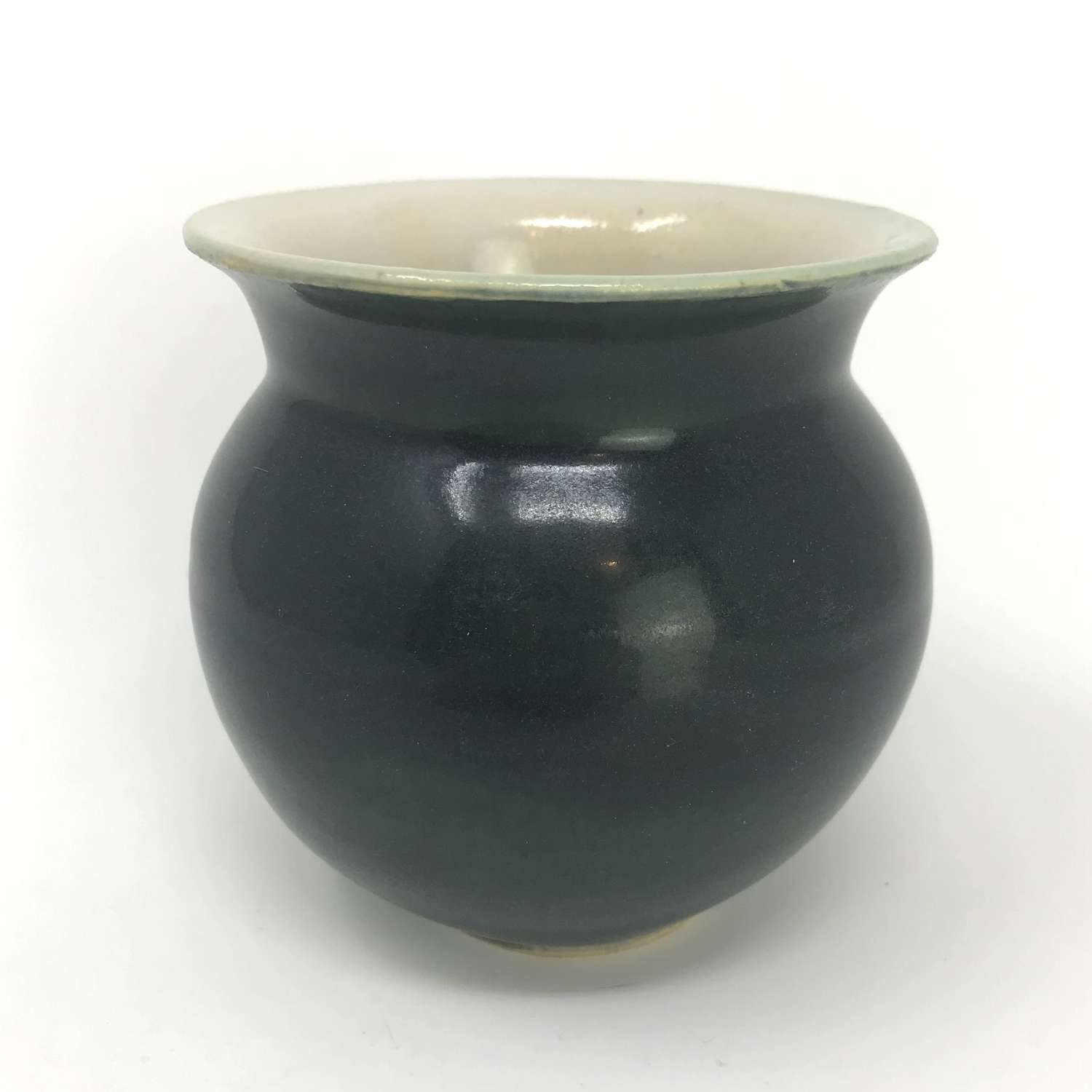 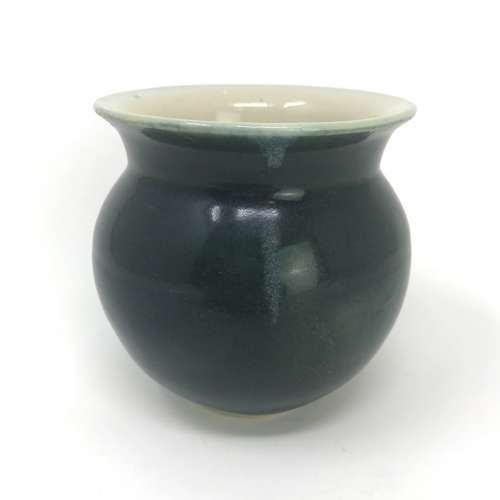 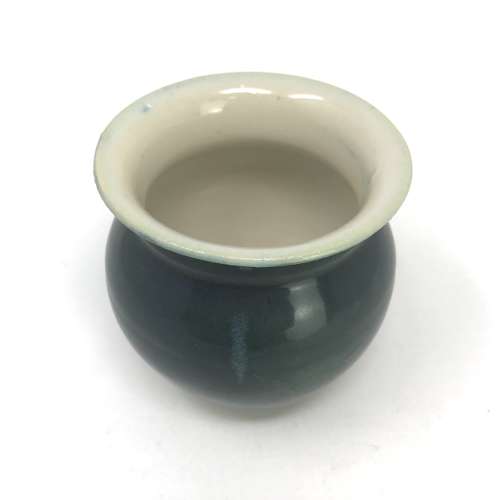 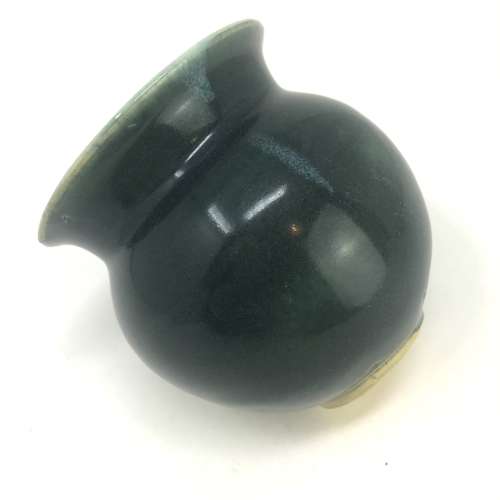 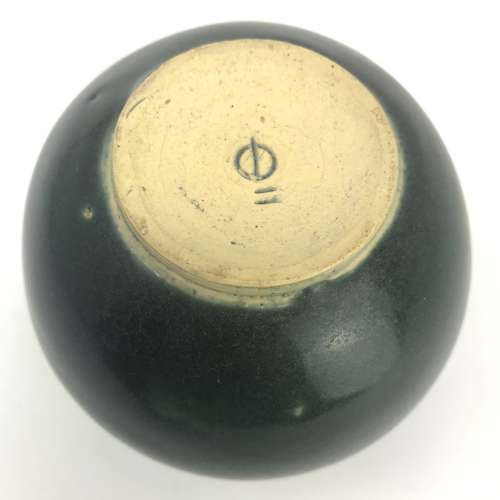 Otto Lindig Ceramic pot with blue-green glaze and white interior. Lindig's monogram to the base.

Otto Lindig (1895-1966) started his training in the arts and crafts at the Kunstgewerbeschule in 1915. In 1919 he continued his studies at the College of Fine Arts in Weimar. This school was to become part of the Bauhaus in 1919. In that year he started teaching sculpture at the Bauhaus and also enrolled there to study ceramics under pottery master Gerhard Marcks at the Dornberg ceramics workshop. In 1924, after Marcks and others had disagreements with director Walter Gropius over the more industrial direction the School was taking Lindig, along with his brother-in-law Theo Bogler, was put in charge of running the experimental ceramics studio. In addition to continuing to produce studio ceramics they also started to produce designs that would be put into mass production. When the Bauhaus relocated to Dessau in 1925 the ceramics studio did not continue in the new location. Lindig now ran it, until 1930, as part of the Weimar College of Crafts and Architecture. After that date he ran the studio independenly until 1947. After that he moved to teaching at the College of Art in Hamburg until he retired in 1961. His work is very much in the Bauhaus tradition with which it is directly related, and has an important place in Twentieth Century ceramic design. His work is held in museums worldwide.