Ulrica Hydman-Vallien was a prominent glass designer in Sweden in the latter decades of the Twentieth Century. Her colourful, hand-painted designs in glass run across many series that she designed for Kosta-Boda during her time with them. 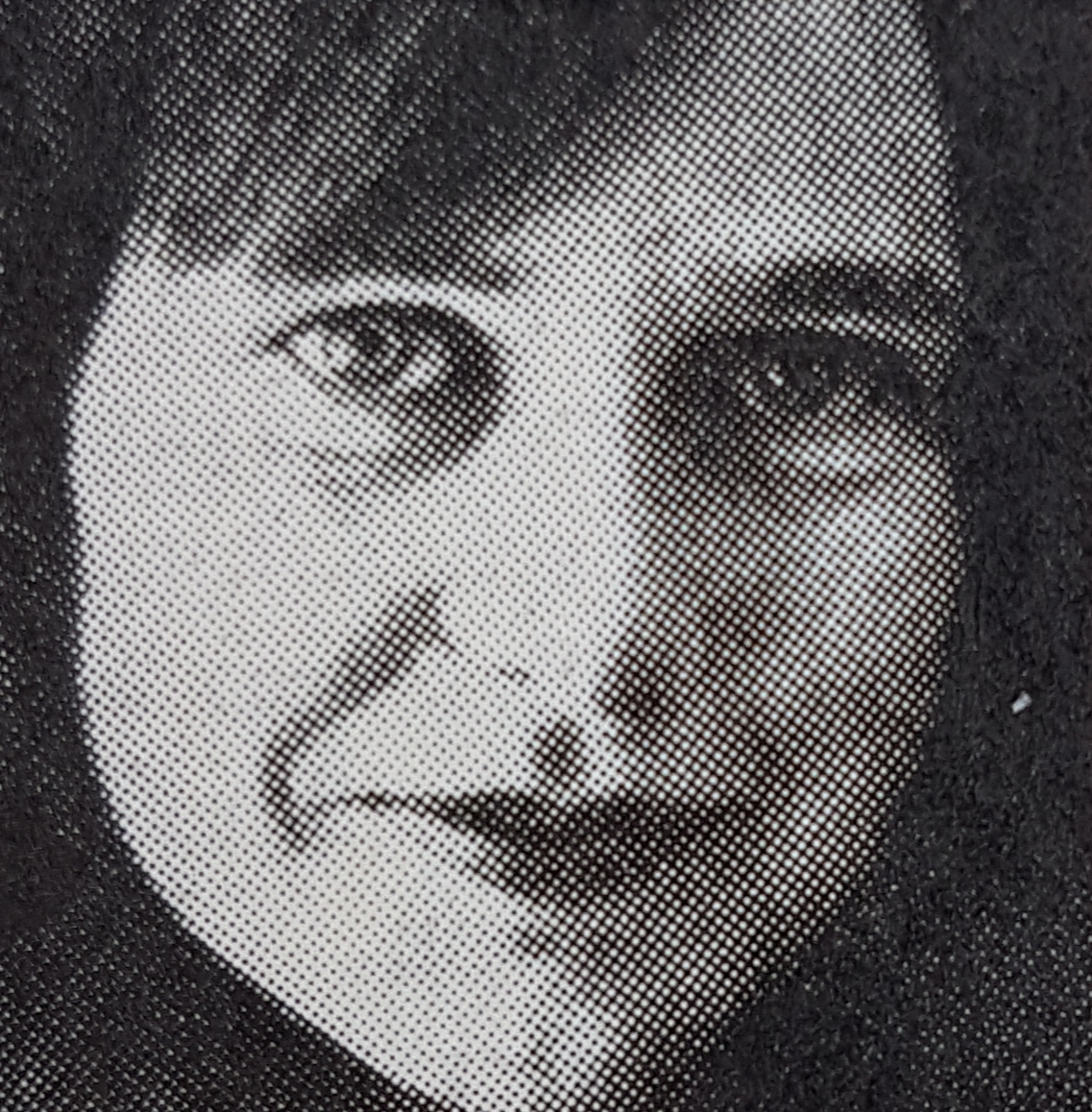 She was born in Sweden in 1938 and began her studies in art and design at The College of Arts in Stockholm in 1958 at the age of 20. While there she focused on painting and ceramic design. One of her teachers was the leading Swedish ceramicist Stig Lindberg. During her four years at the college she met Bertil Vallien. They married in 1963 and both went on to become leading Swedish glass designers. Ulrica was forced by the male establisment to challenge stereotypes and had to fight hard to create her own designs in her own way. She began working in glass for Kosta in 1972 and stayed with them for much of her career, supplementing this with some freelance work later in life. 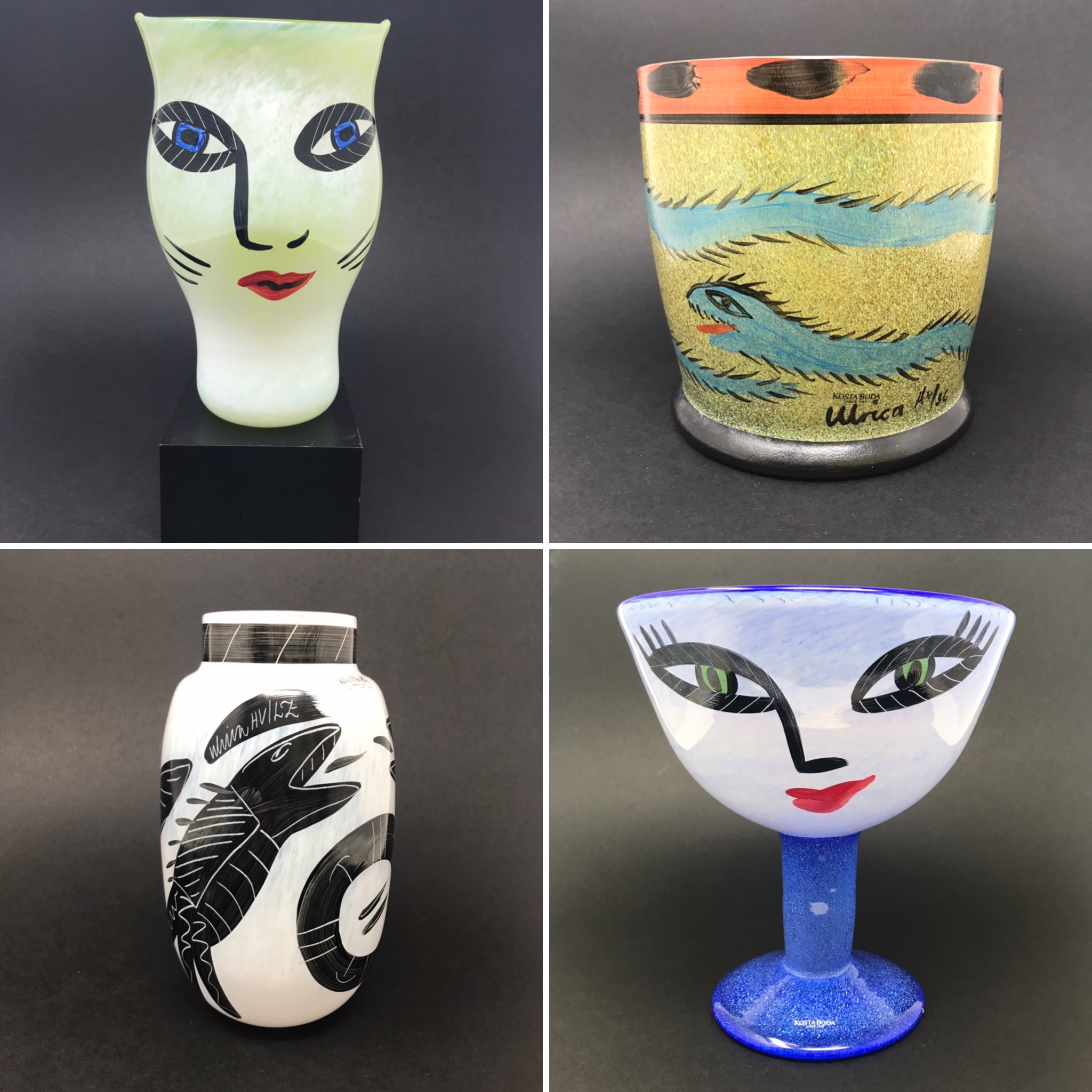 Her designs conform to the postmodern style of the late Twentieth century. Playful, sometimes ironic, drawing on motifs from nature as well as her own imagination, she went for a deliberately popular style while also breaking the boundaries in glass design with her use of colour and humour. Her work was often handpainted, either by herself or painters at Kosta Boda working to her designs. Flowers, snakes, animals, worms as well as people and faces all figure in her designs. They are typically brightly coloured and joyful in their appearance. 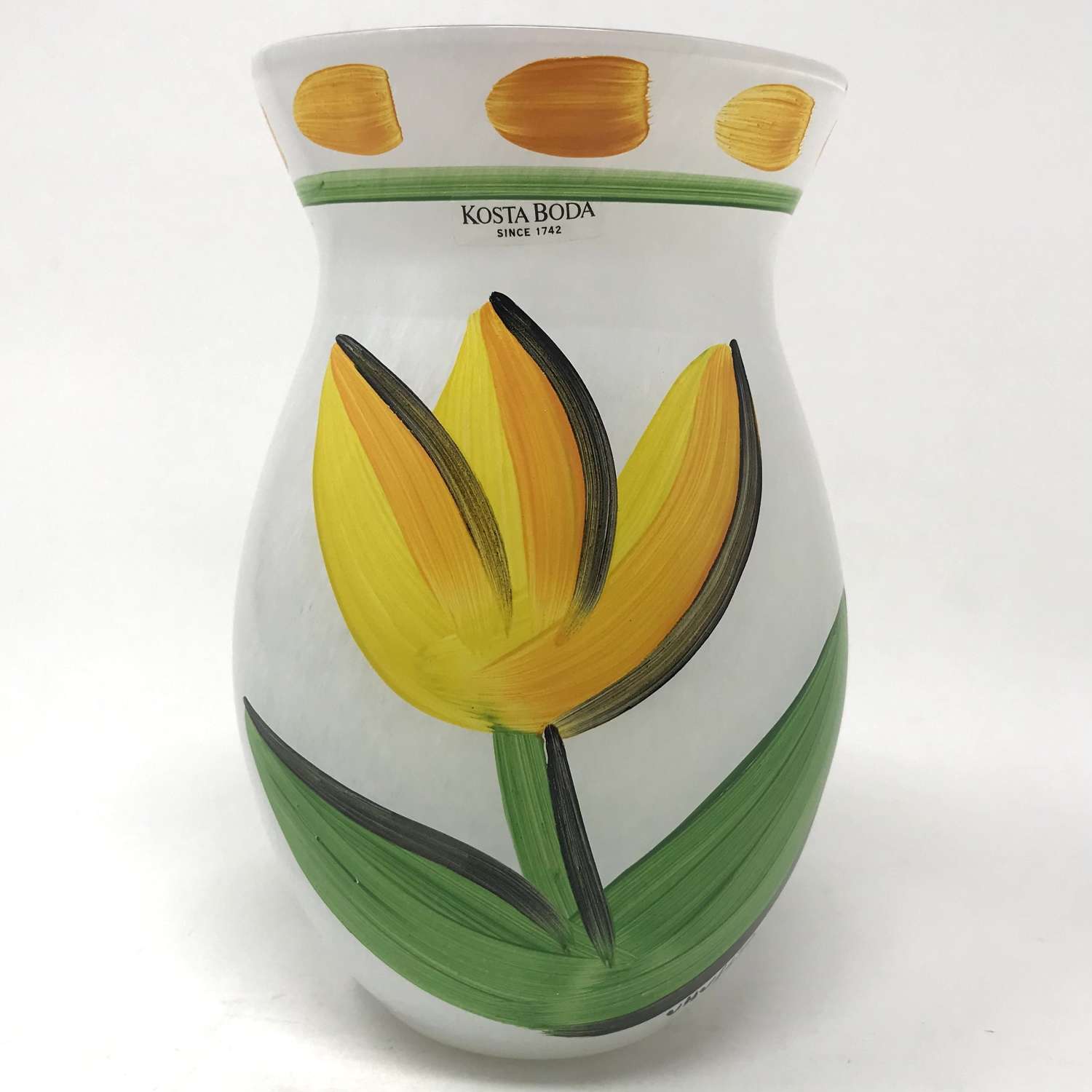 A Tulipa vase by Ulrica Hydman-Vallien for Kosta Boda

As well as producing unique pieces, Hydman-Vallien aslso created artworks and designs in other medium. Her main love, though, was glass and her aim was to be accessible and so many of her designs were produced in large production runs. This meant that they could be available to the many rather than just the few. Many of her glass designs were made pupular in Sweden in the 1980s and 1990s after they were sold by IKEA. 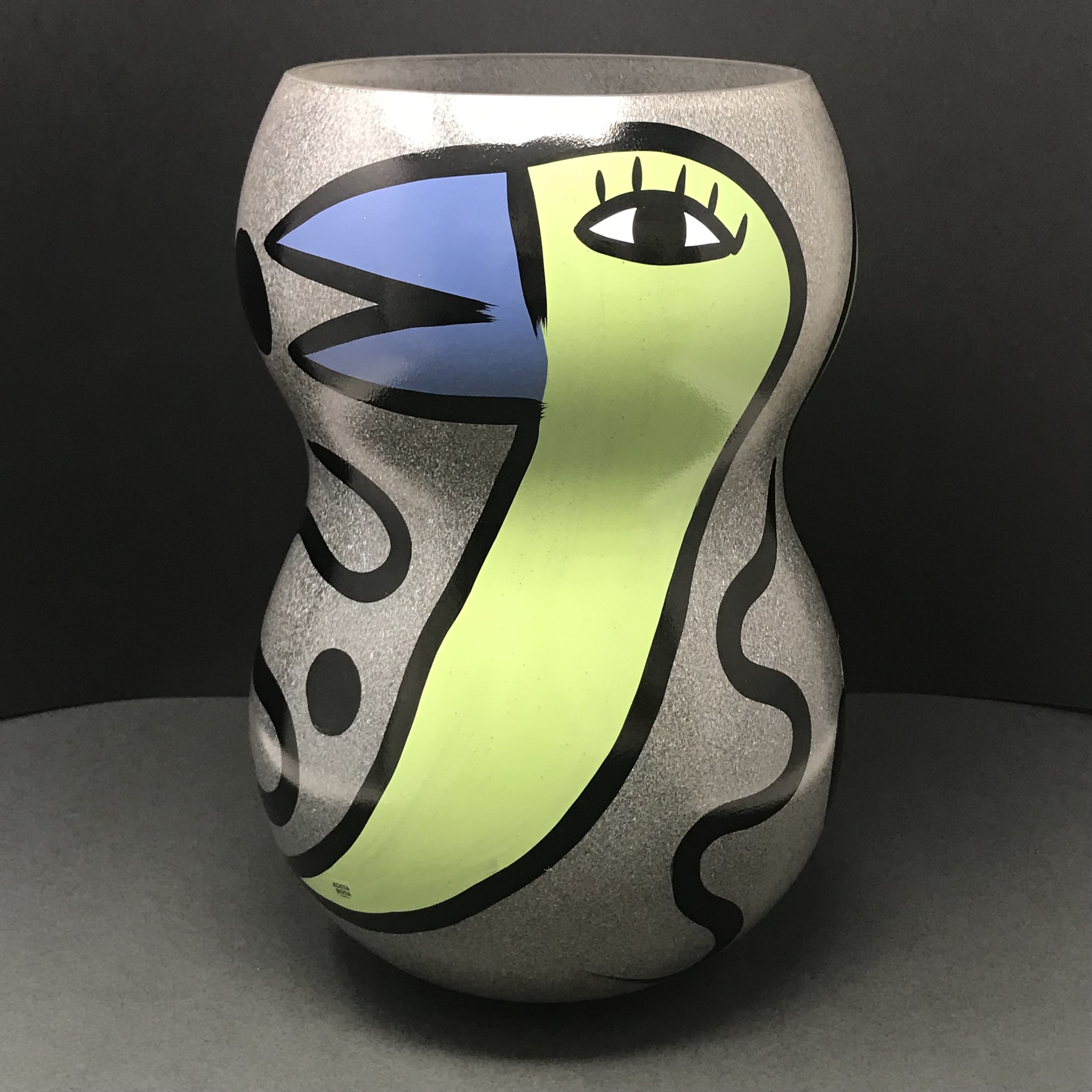 Popular and accerssible though her work is, she also came to be seen as a leading and original Scandinavian glass designer. Her work is held in many museums across the world including The National Museum in Stockholm, The Victoria and Albert Museum, Indianapolis Museum of Art, Gothenburg Museum and Chrysler Museum of Art. 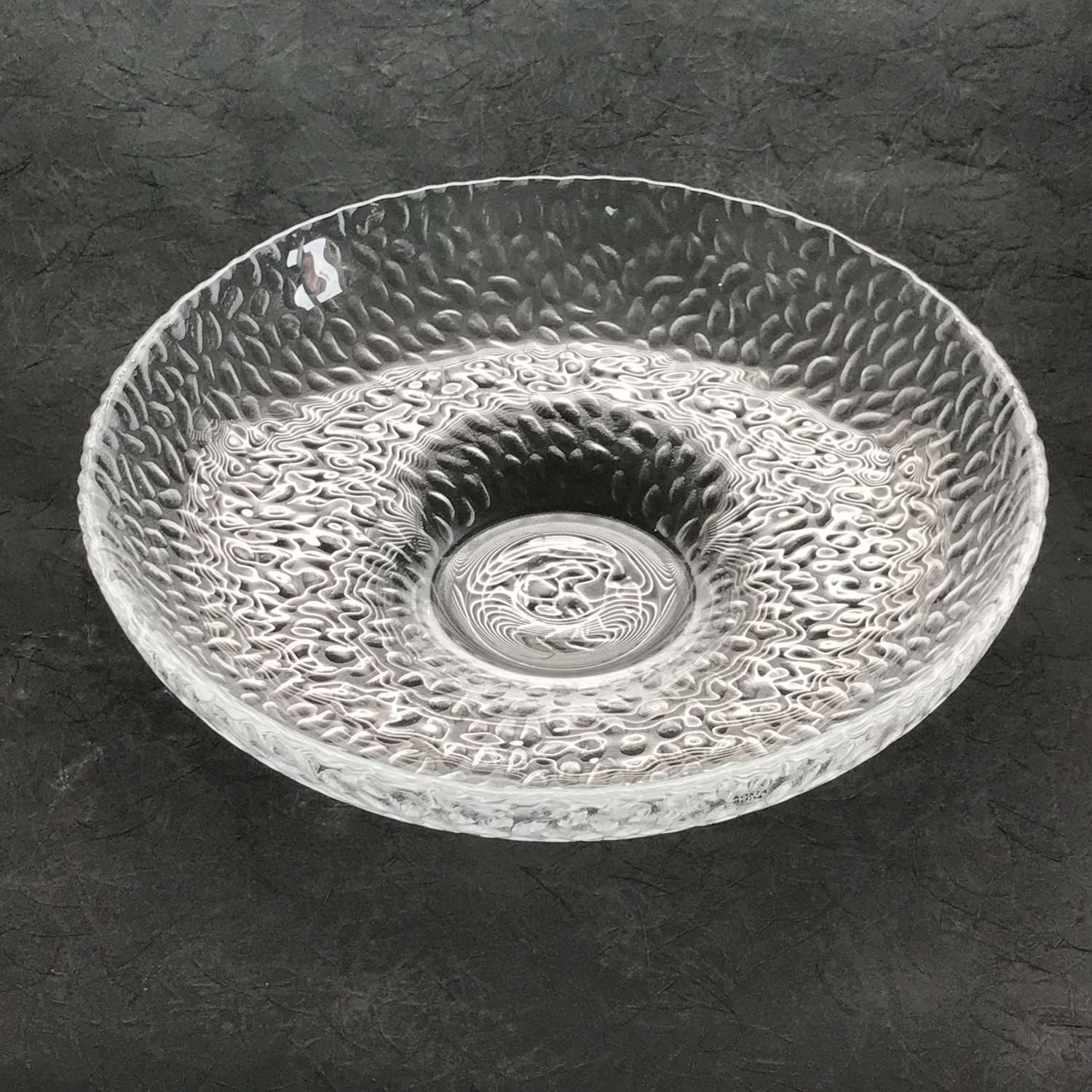 A glass fruit bowl by Ulrica Hydman-Vallien for Kosta Boda

Sadly she died in 2018 just a few days before her 80sth birthday. He work is now widely collected and recognised for its originality, imagination and style.

We currently have seven pieces by her for sale on our website, most of them newly listed this month. 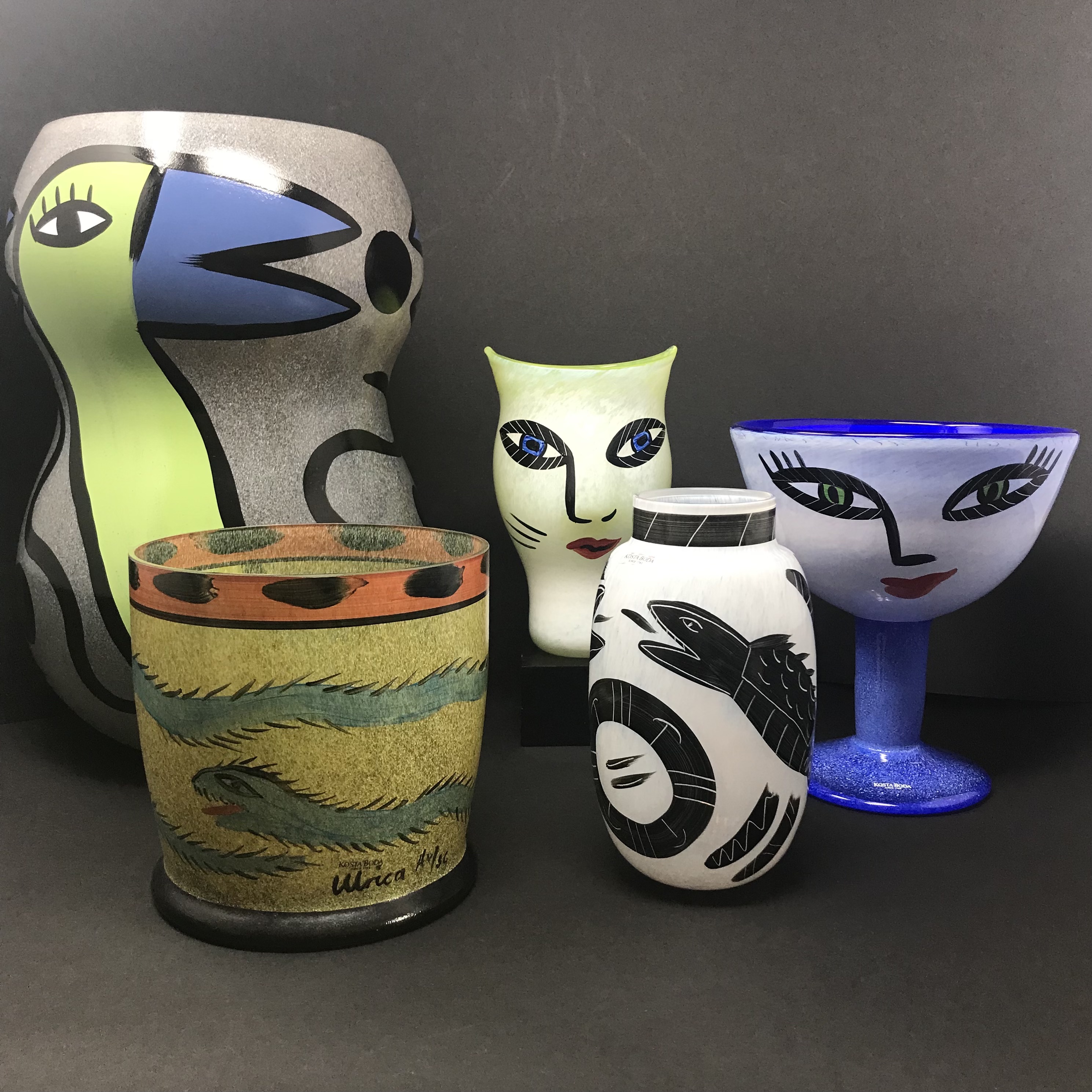