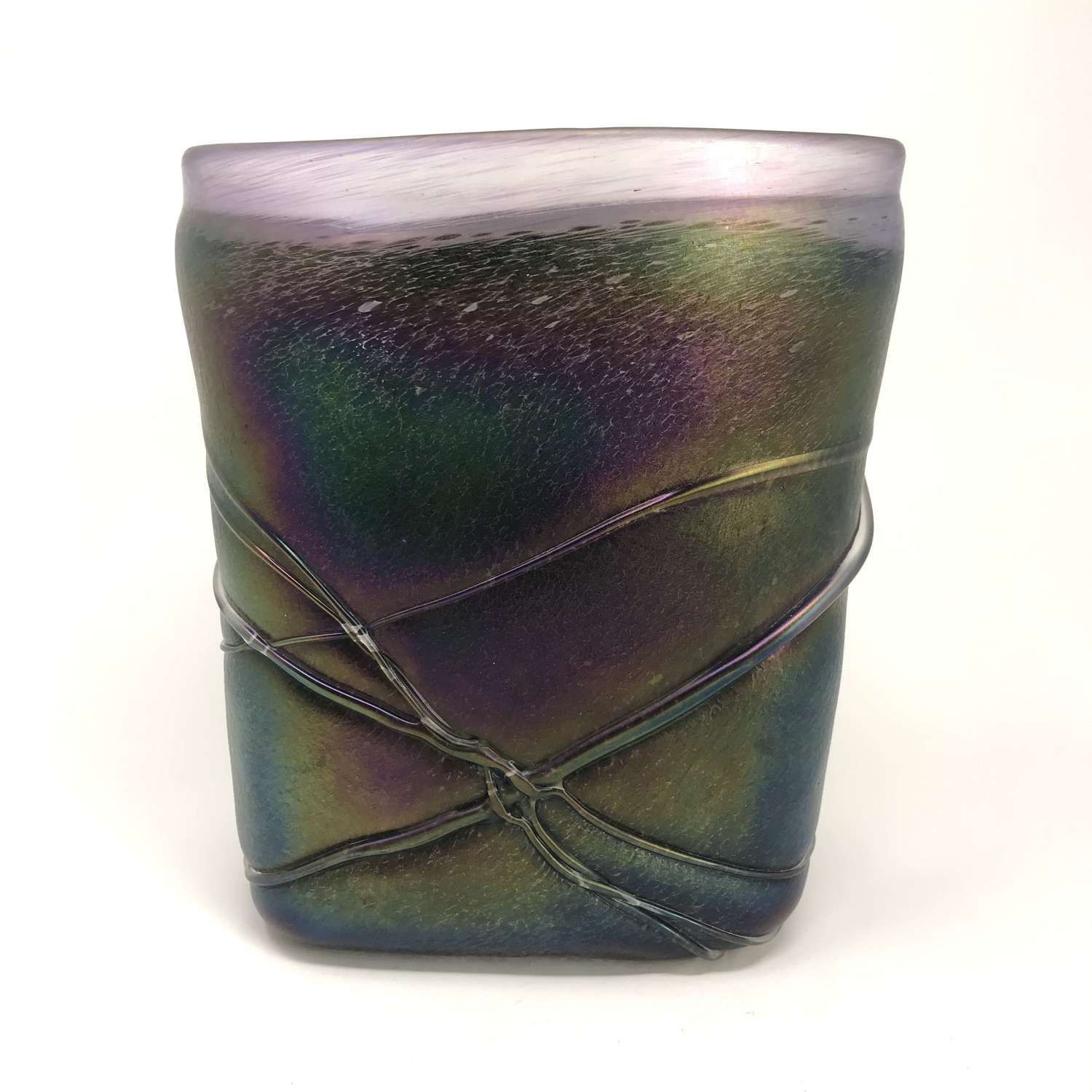 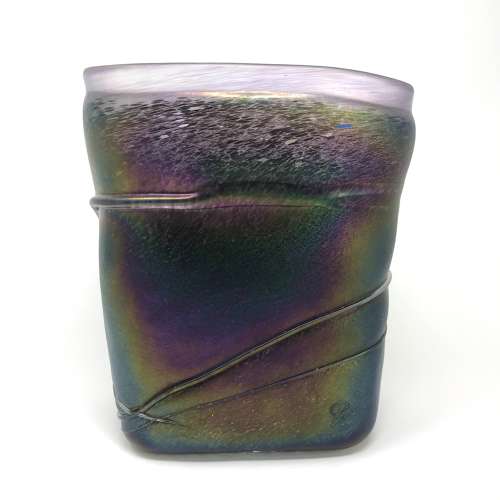 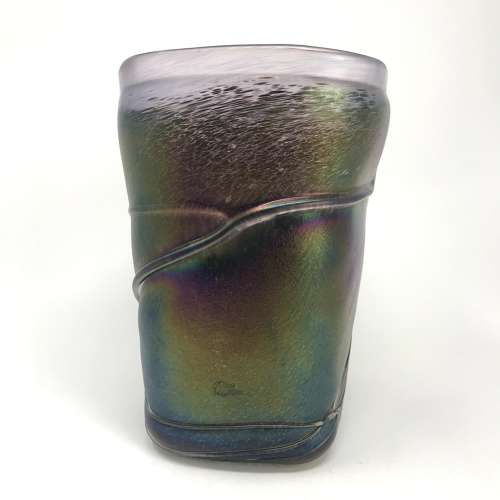 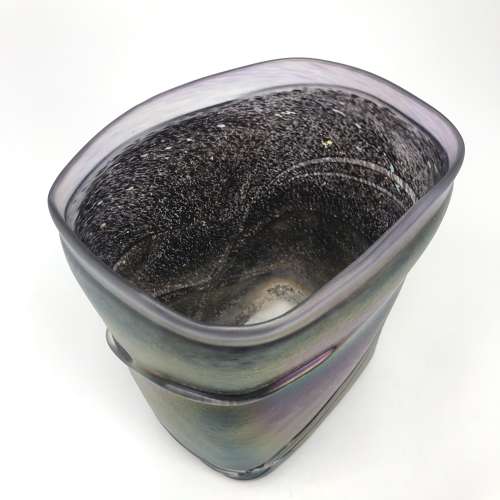 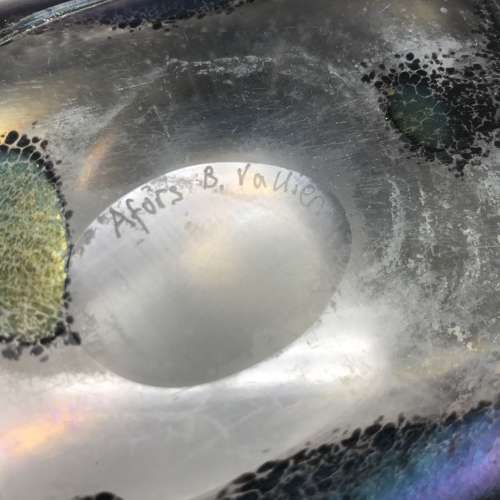 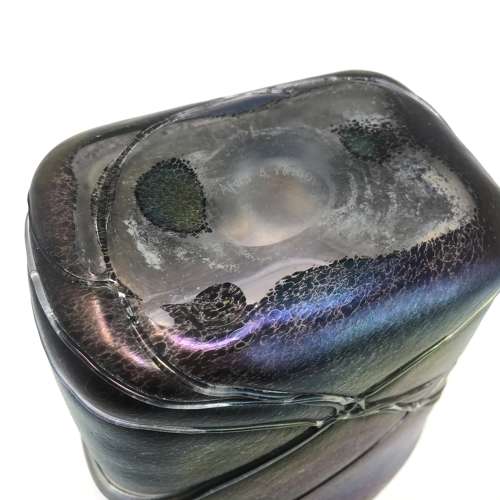 Bertil Vallien Irridescent purple glass vase with applied lines for Afors, Sweden 1970s. Signed with Afors mark. By the late 1970s Afors had been bought by Kosta and their mark was sometimes used on experimental pieces. This is a very rare test piece for Vallien's Volcano series of glass items for Kosta. This shape was never put into production.

This piece has been authenticated to us by Bertil Vallien himself. He indicated that very few were made. Please contact us if you need more details.