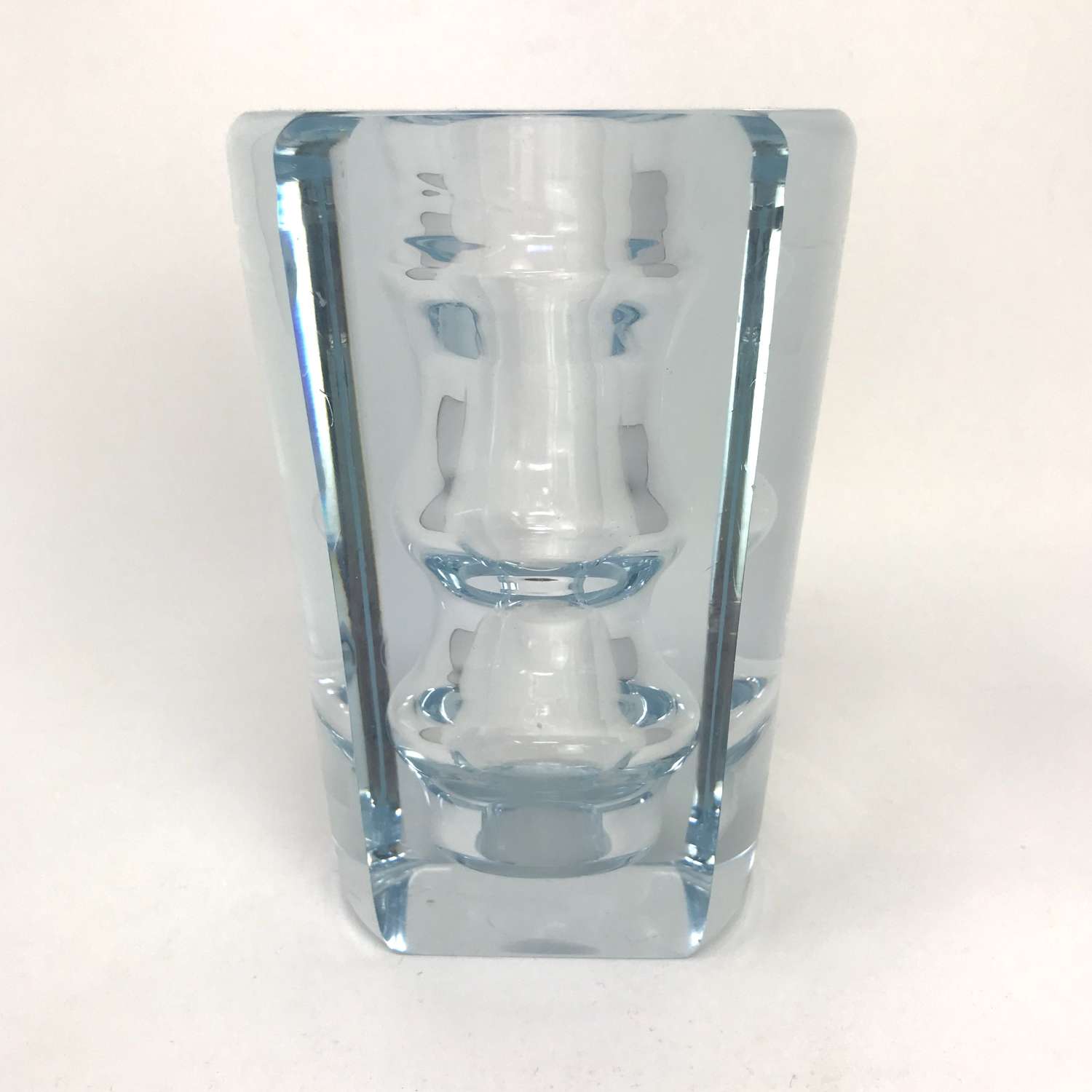 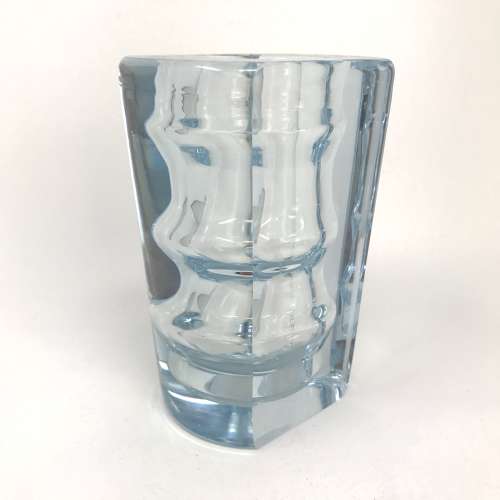 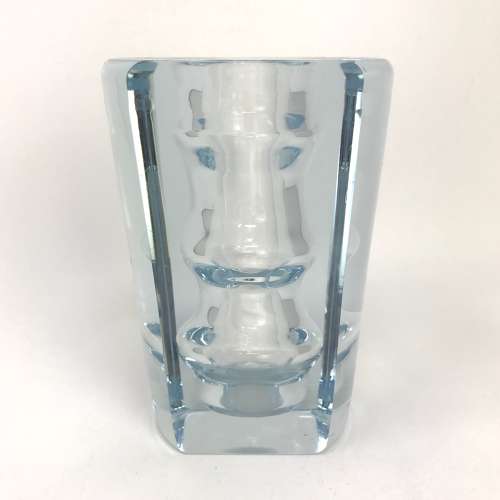 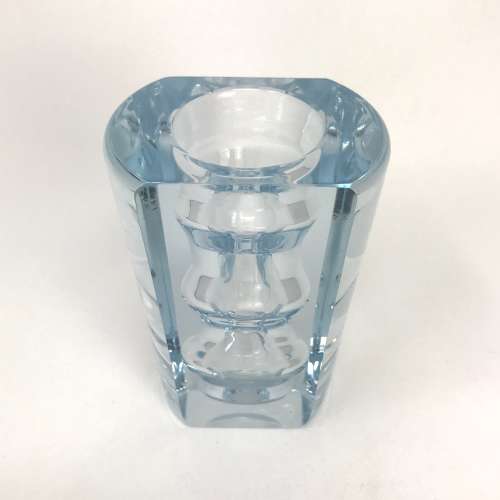 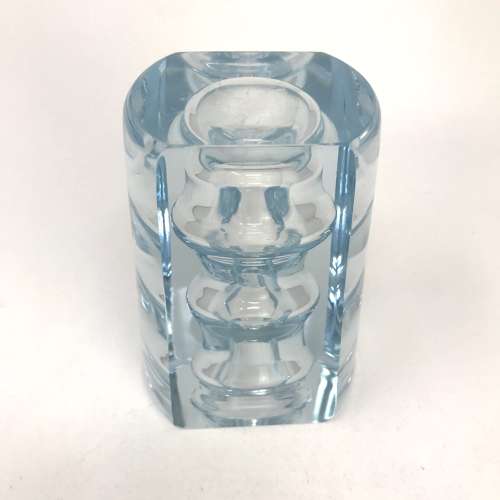 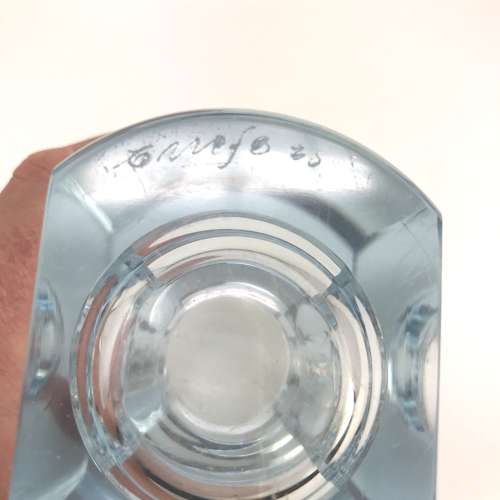 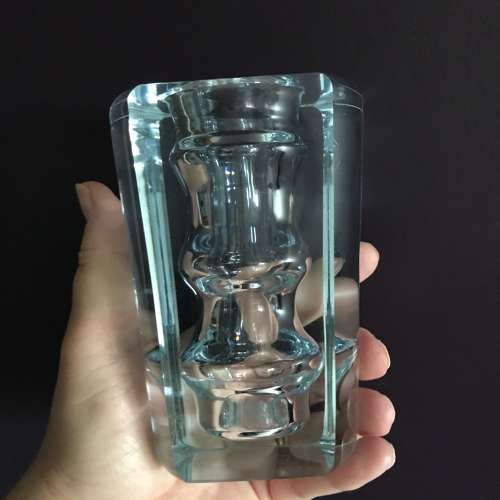 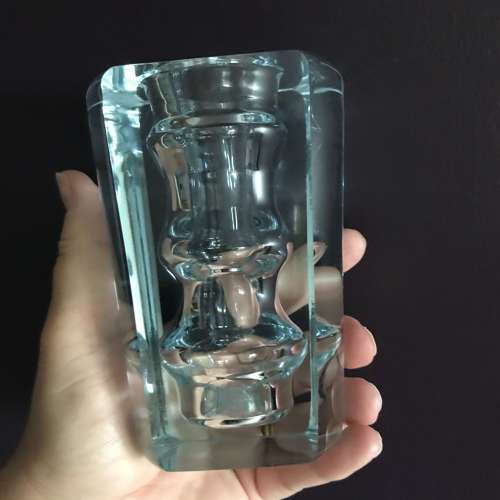 Edvin Ohrstrom produced a number of internally ribbed glass vases for Orrefors c1937-9. Some are well known but this is a rare design by him.