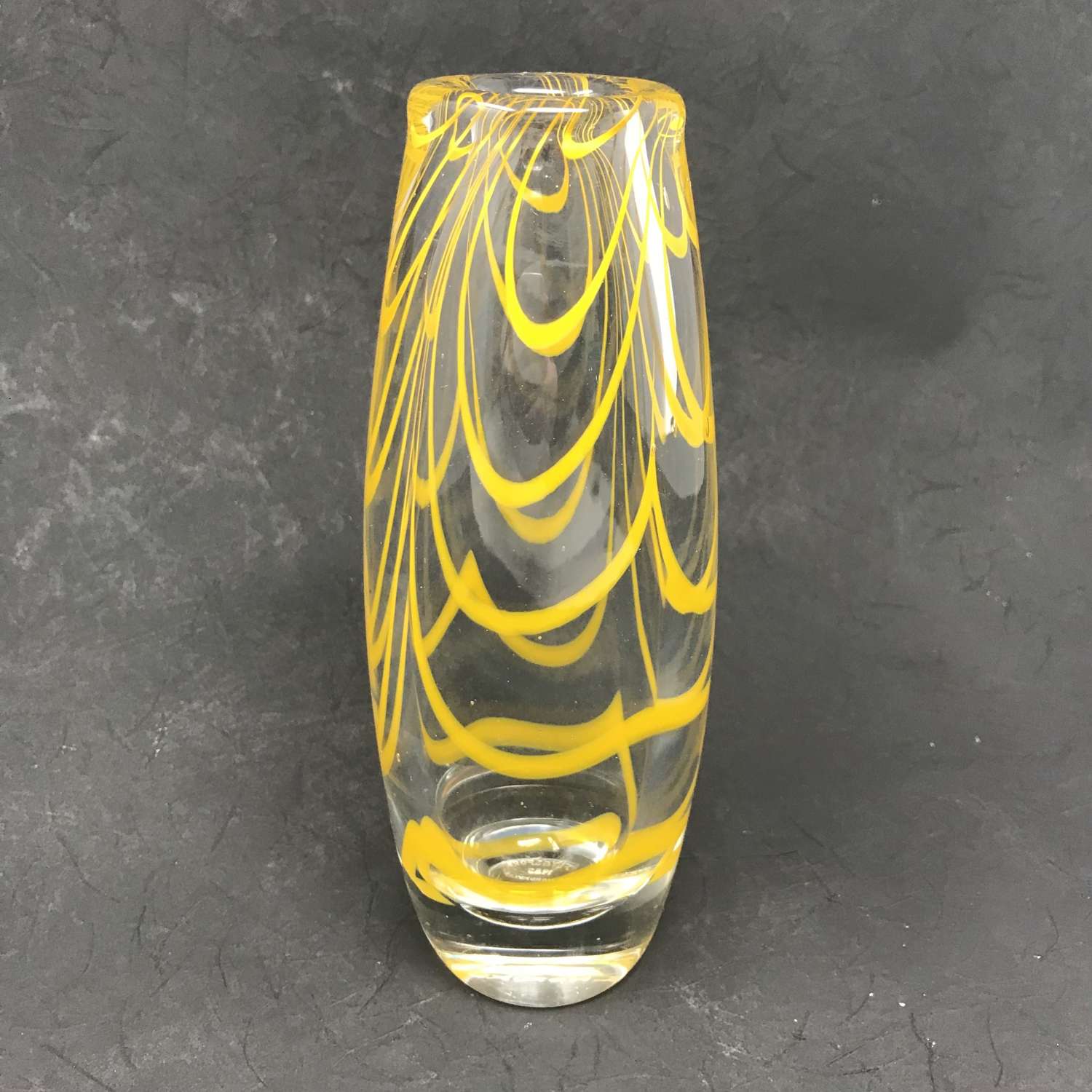 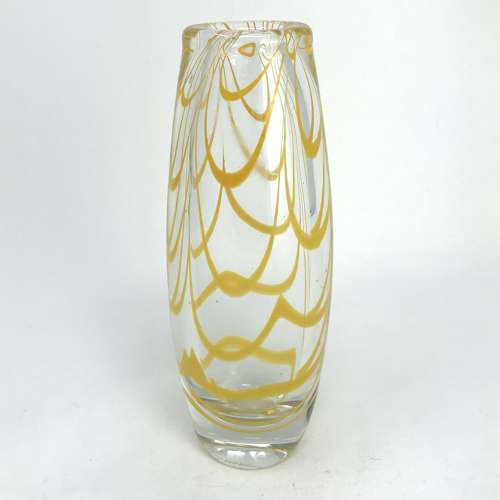 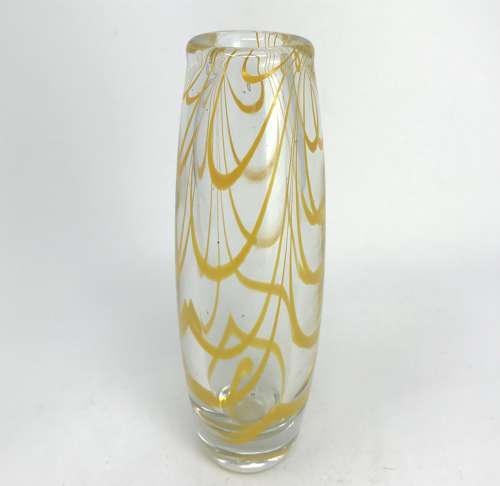 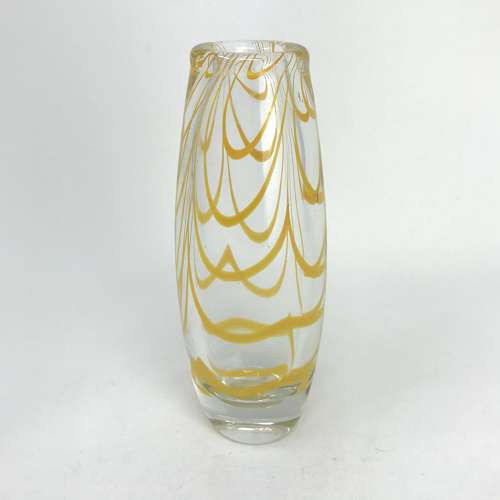 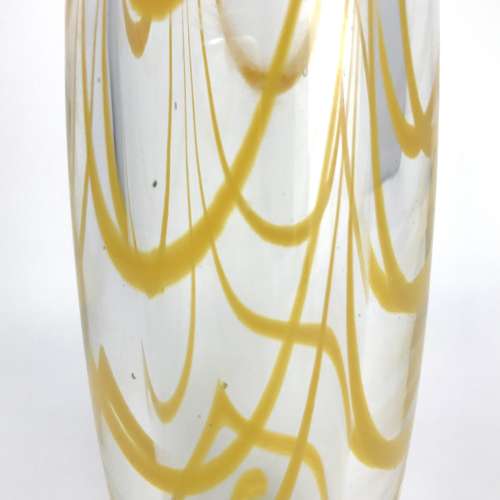 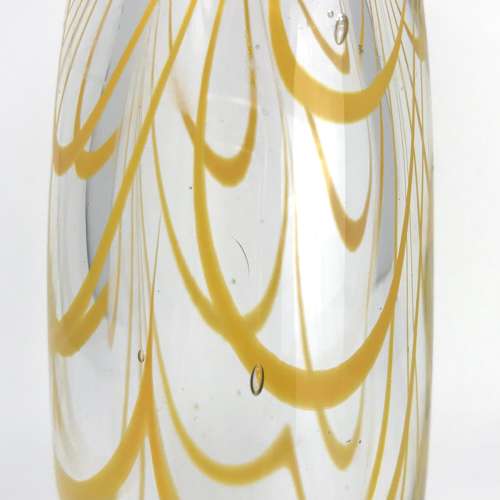 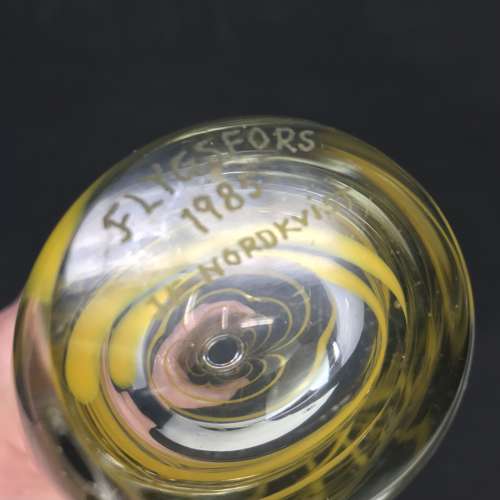 A rare late pieces of Flygsfors studio glass. The Flygsfors glass factory was originally established in 1888. It produced glass items as an independent company until 1974. It that year it was bought by Orrefors and continued to produce items until it was closed in 1979. In the 1980s/90s it continued as a glass studio making a small number of unique pieces. This is one of those. It finally closed in 2001.