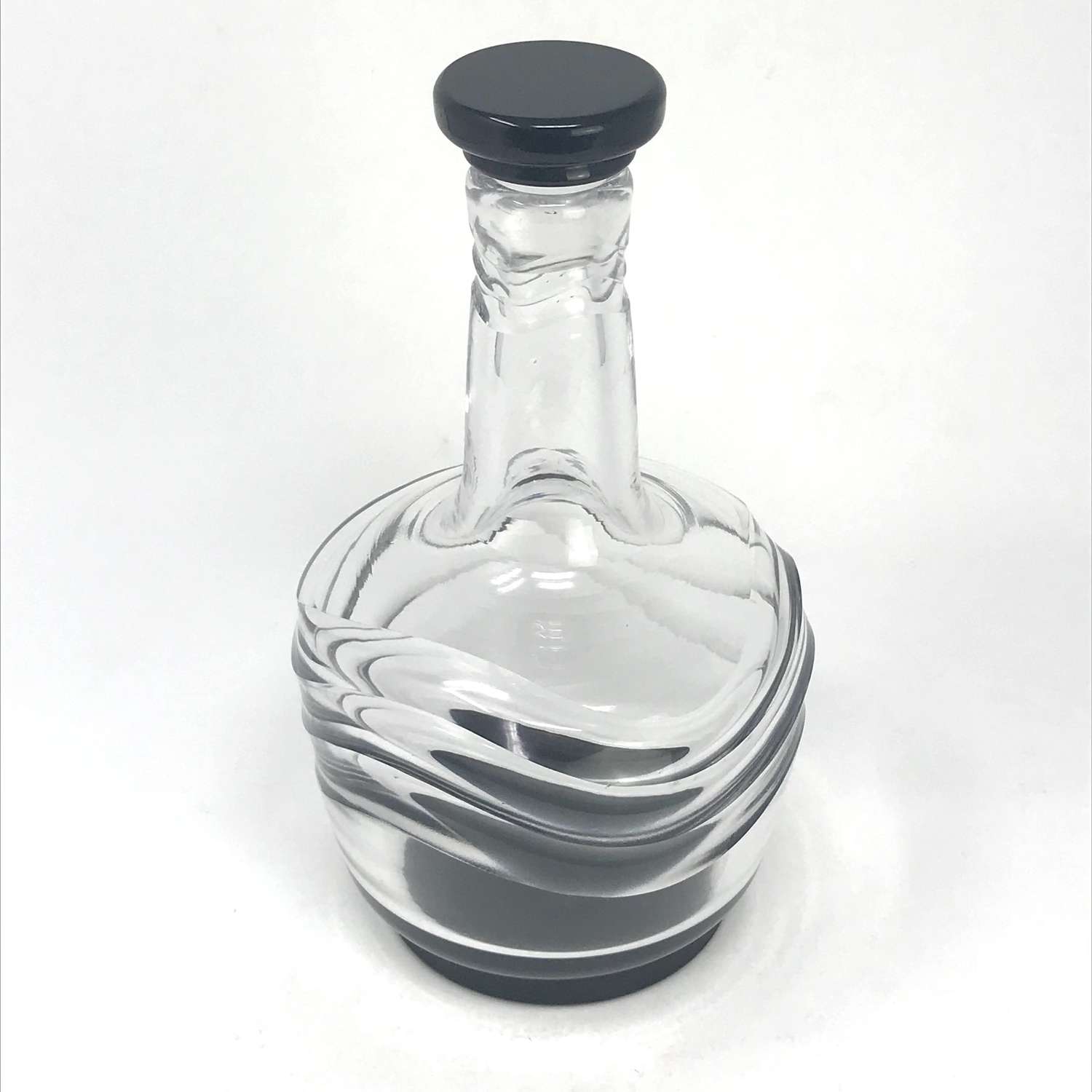 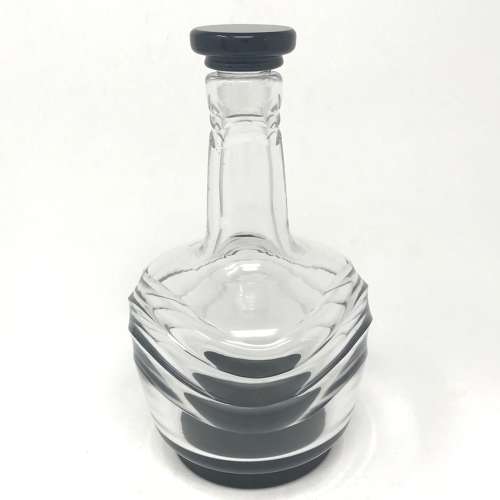 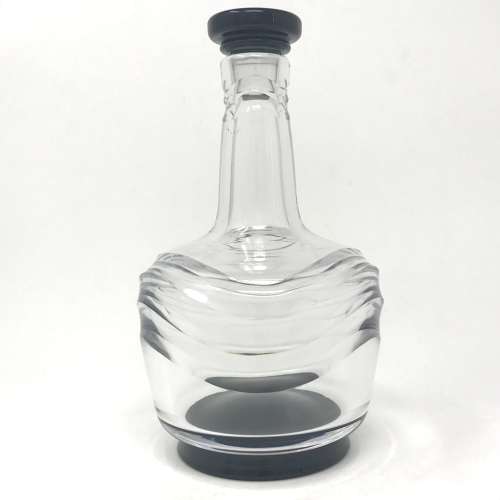 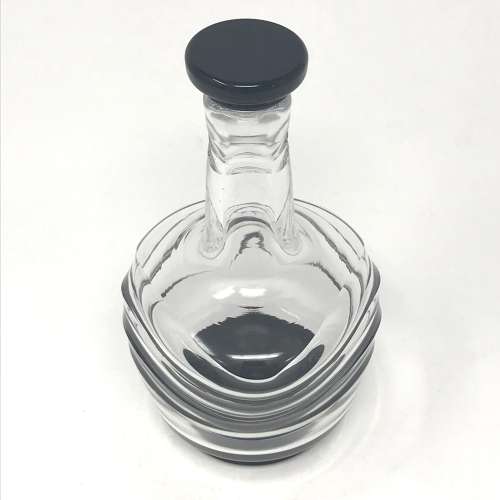 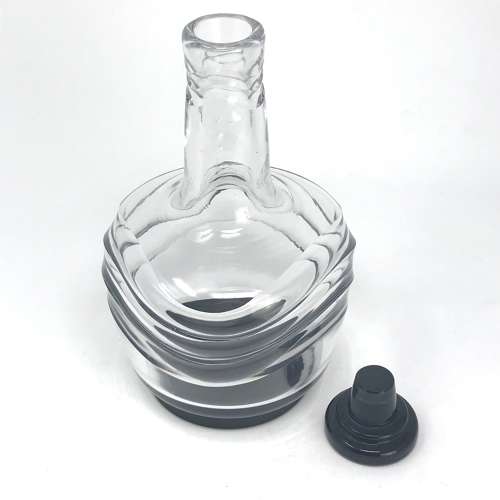 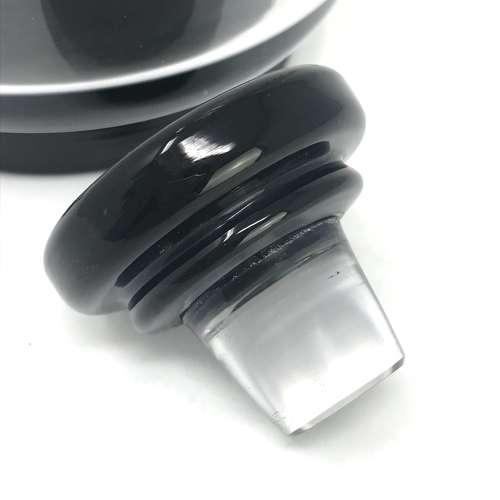 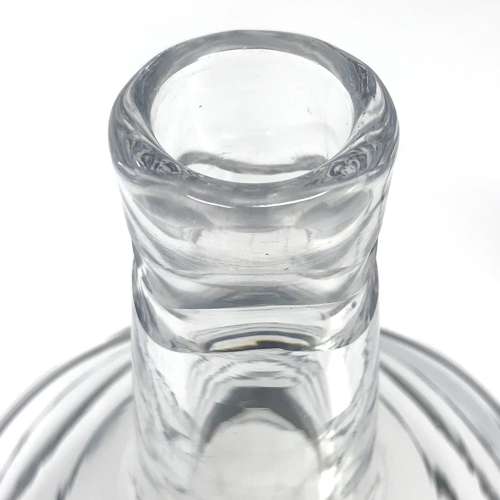 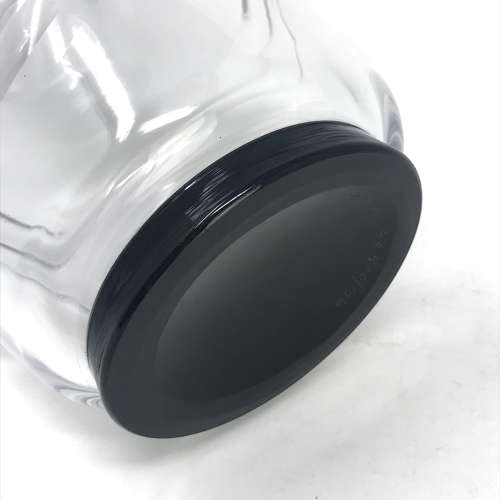 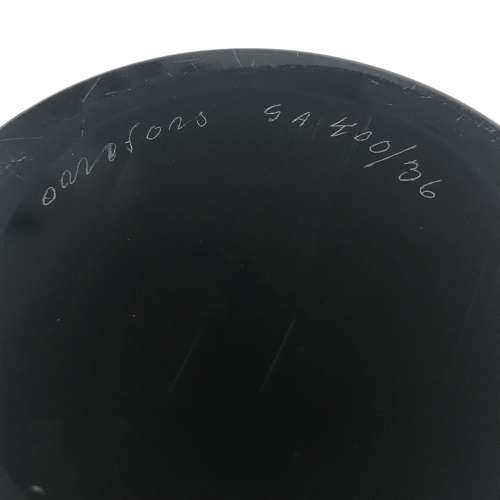 Simon Gate Art Deco Decanter with black glass foot and stopper and cut glass wave pattern. Signed Orrefors GA 400/36. The G denotes it is a design by Gate, the A was the code for cut and polished glass and the number 400 was in the range in use during 1926. This is a beautiful, early piece of Art-Deco design by one of its leading designers in glass in that era.

Excellent condition with no damage to either decanter or stopper.

Simon Gate (1883-1945) is known as the so-called founding father of Swedish glass. After training at both the College of Technology and Academy of Fine Arts in Stockholm he joined Orrefors in 1916. Working with master glass-blower Knut Bergqvist, he was the originator of the Graal technique where coloured glass designs were encased in a colourless glass layer while the glass was still molten. He also produced intricate engraved patterns, designs and pictorial scenes of amazing finesse often taking themes from classical antiquity. He was a leading figure in the development of the Art-Deco style and his work came to prominence at the World Fair in Paris in 1925. The Swedish version of Art-Deco is known as Swedish Grace and is synonymous with his name. He remained at Orrefors until his death in 1945. His finest Graal and engraved pieces are some of the greatest masterpieces of Twentieth Century glass. His work can be found in leading museums worldwide including The British Museum, Victoria and Albert Museum, and the Metropolitan Museum of Art.