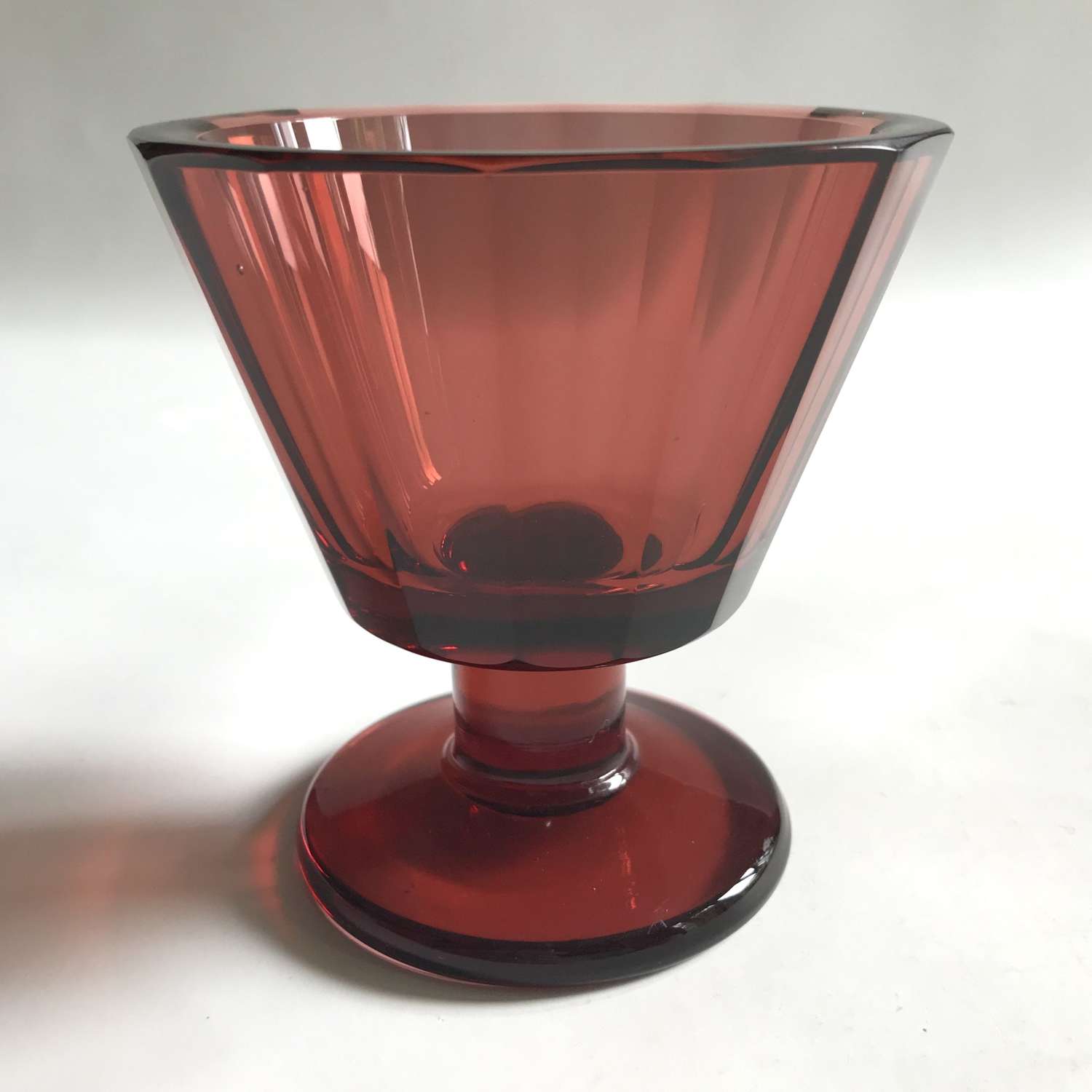 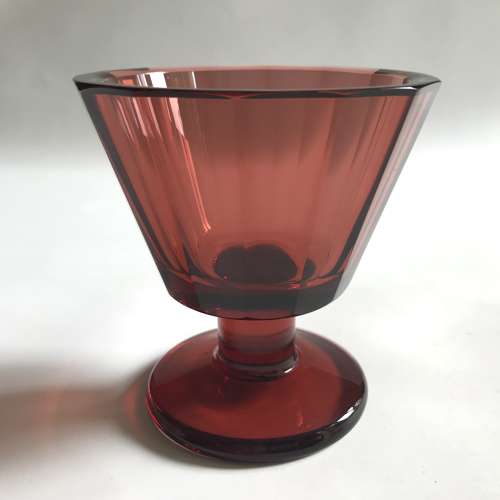 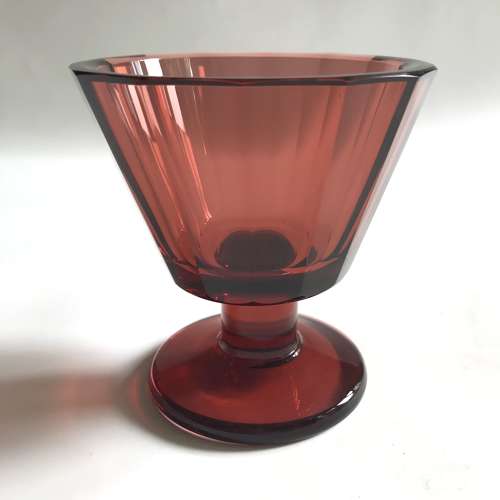 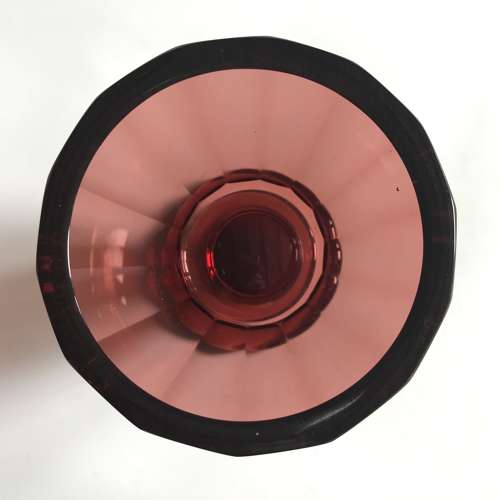 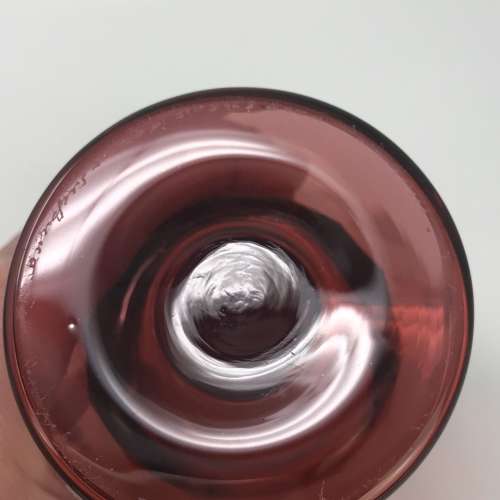 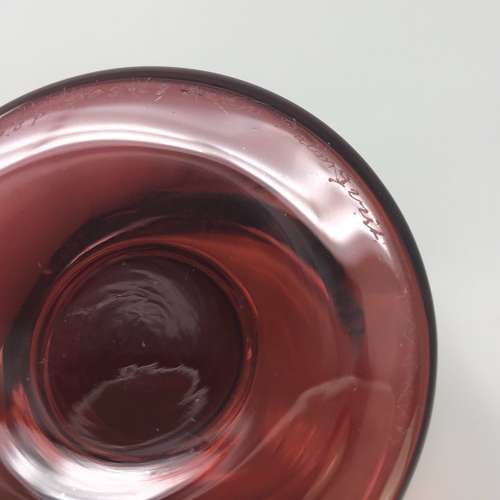 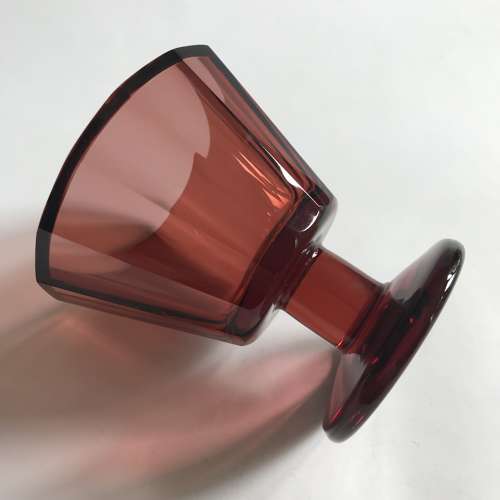 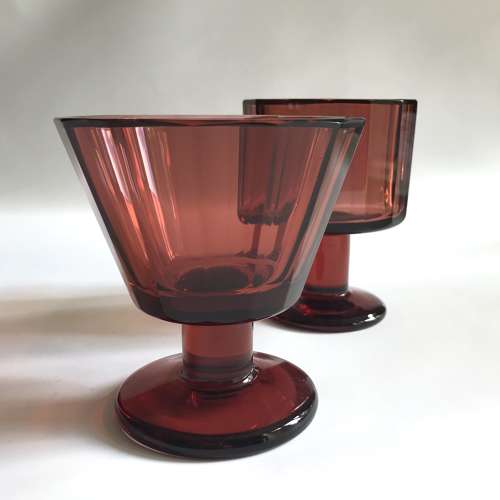 Sven Palmqvist exhibition glass goblet for Orrefors in a pink/red colour. At this time Orrefors would produce "expo" pieces for world fairs and trade exhibitions to show some of the new designs each year by leading designers. These were often made in very small numbers and many were never put into production. This one is conical in shape and is signed and numbered 508-68. The last digits denote the year.