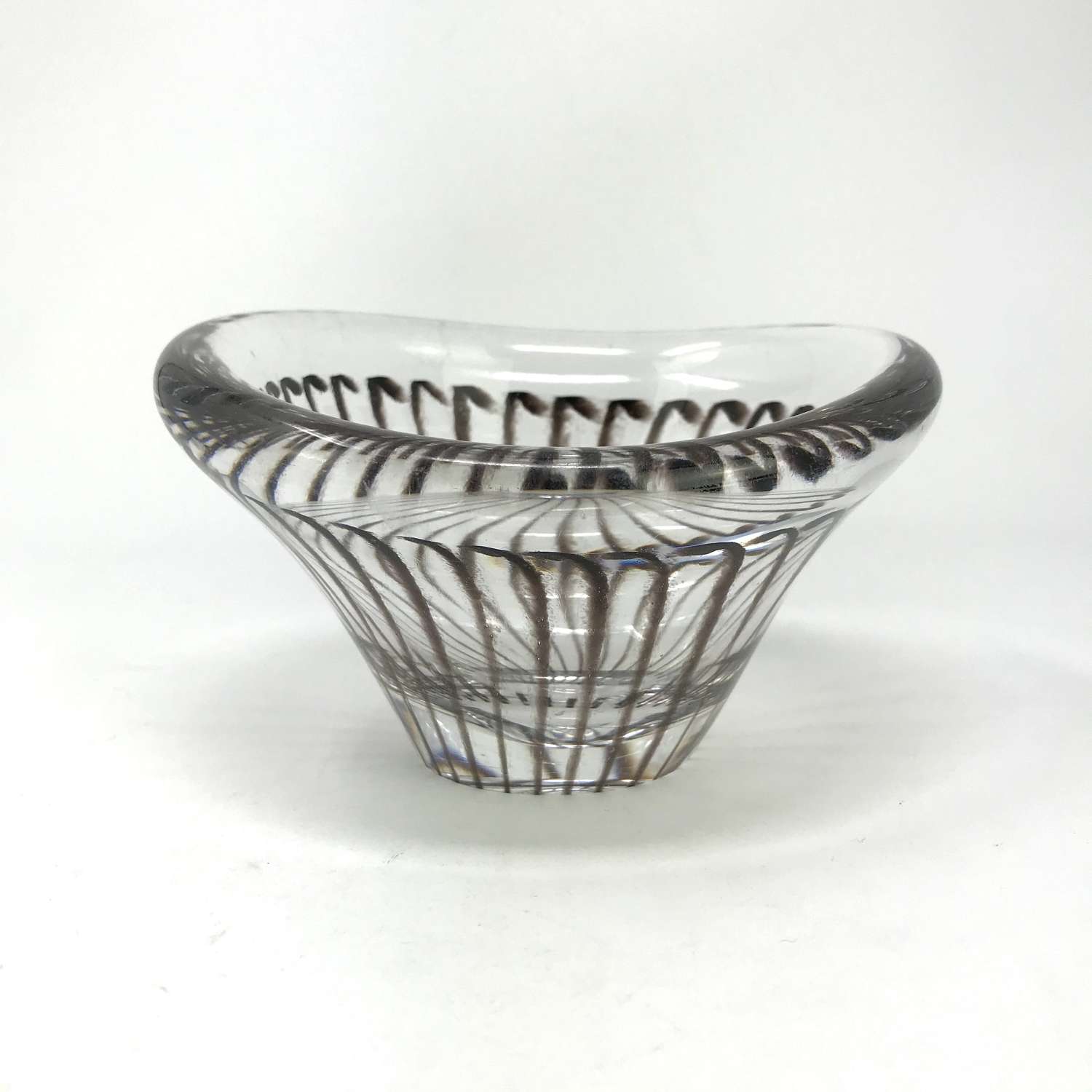 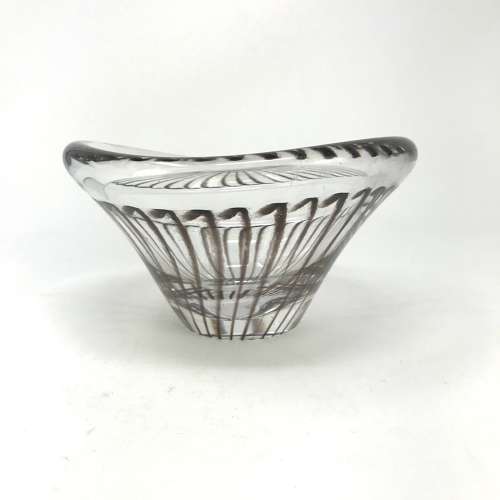 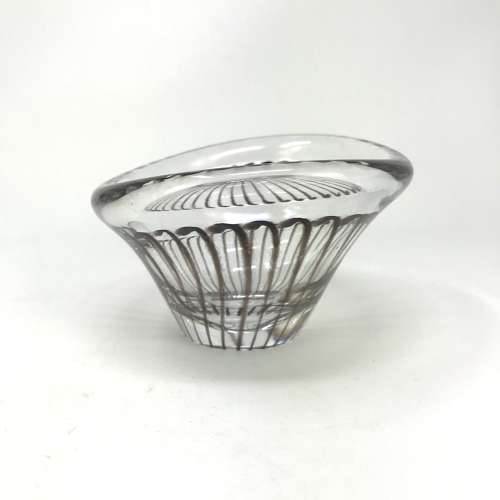 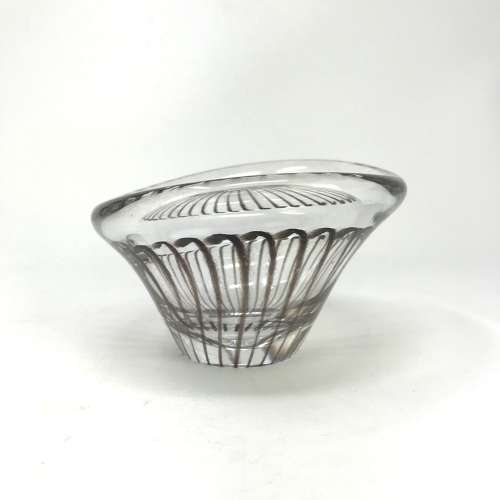 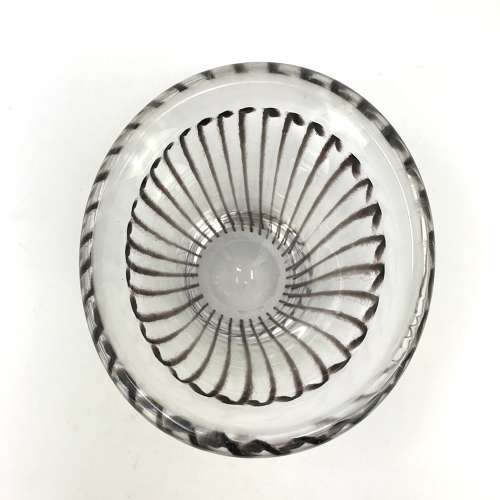 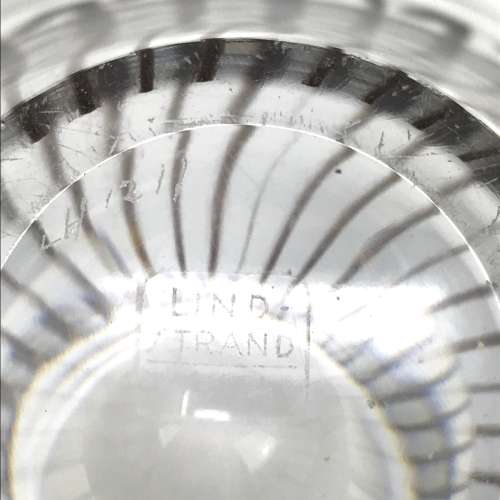 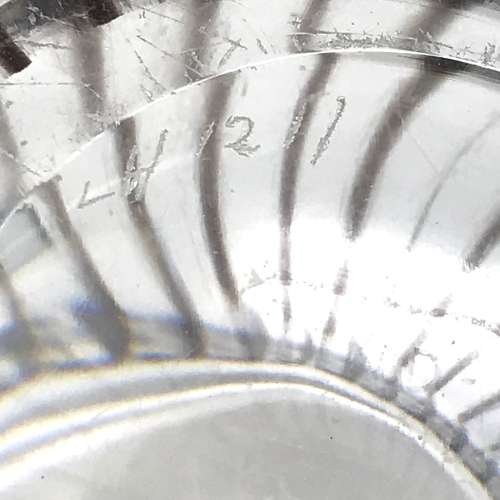 Vicke Lindstrand bowl with internal lines pattern in black for Kosta, Sweden 1955-56. Signed to the base with the square stamp and LH1211.