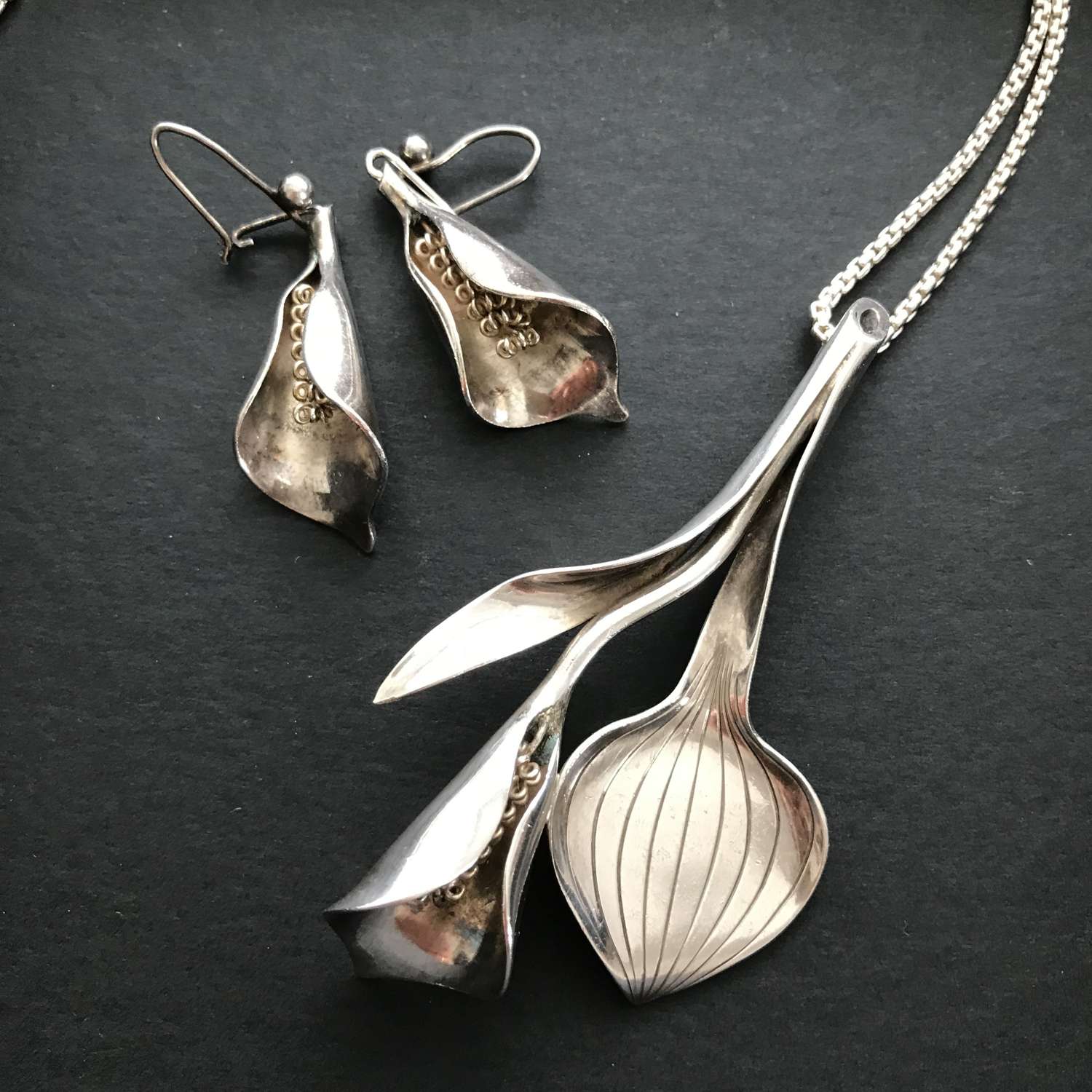 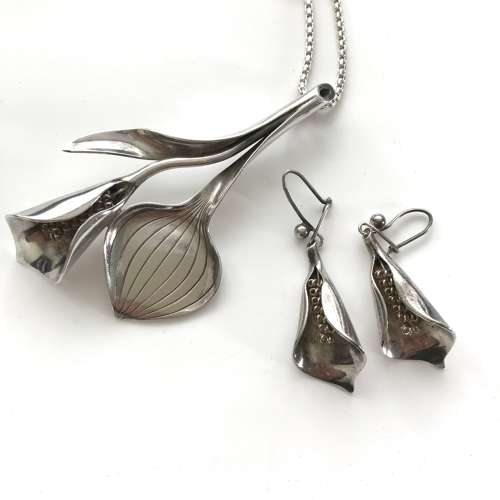 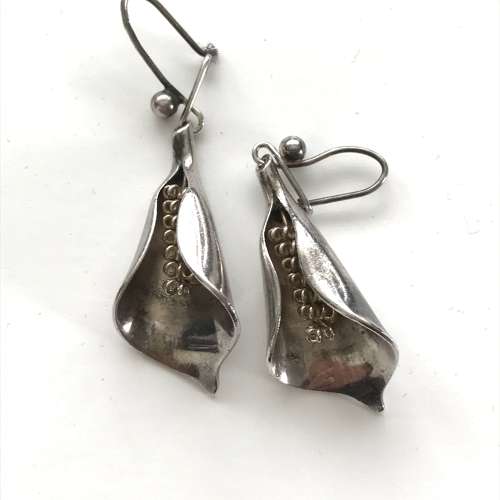 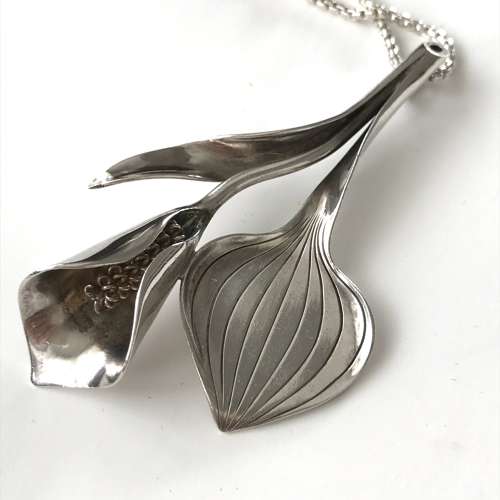 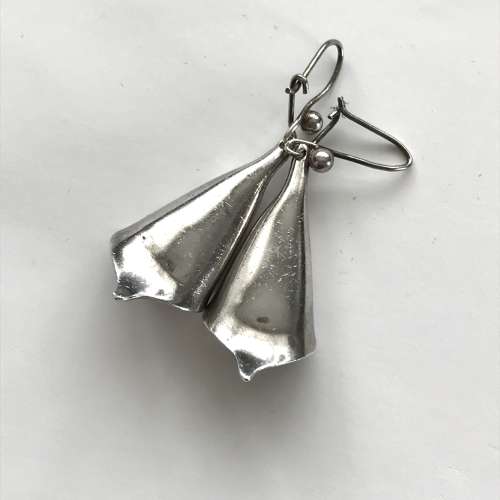 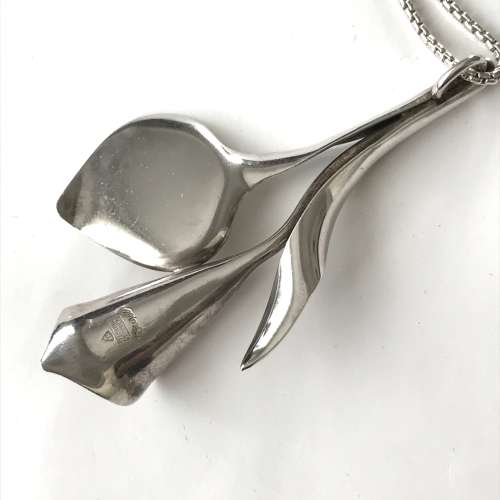 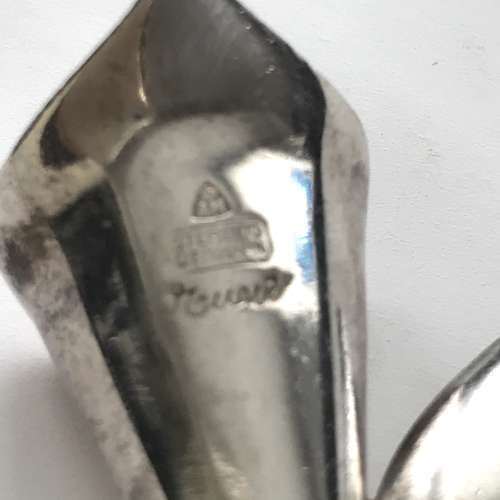 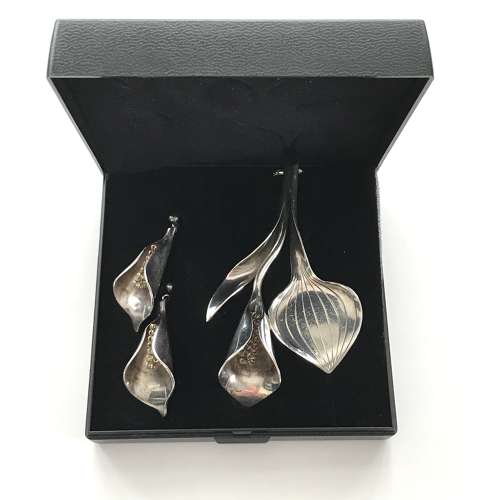 This is an unusual and pretty earrings and pendant set 'Calla', designed by Gertrude Engel Rougie for Anton Michelsen in the 1950s. The design is of the Calla lily, and the pendant also has two leaves.

The pendant is 8.5 x 4.5 cm, on a 45cm chain. It is marked with the Anton Michelsen AM logo, Sterling Denmark and 'Rougie' in script. Measuring from the bead, the drop on each earring pendant is 3.5cm. They appear not to be marked.

The set is in excellent vintage condition.

Gertrude Engel Rougie worked for Anton Michelsen in the 1950s and her work features leaf designs.