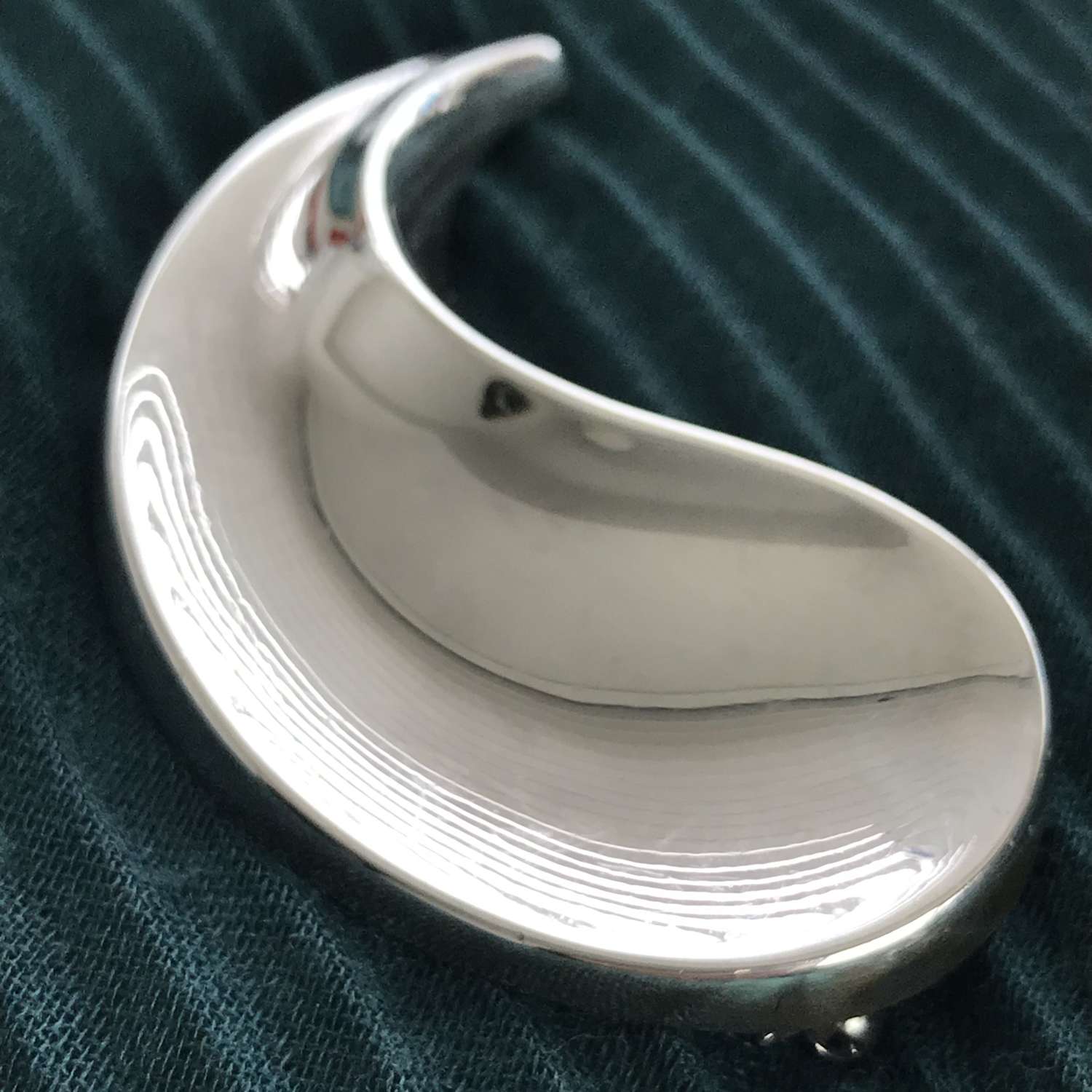 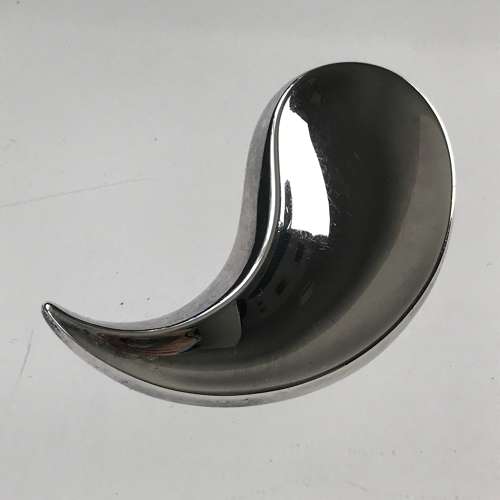 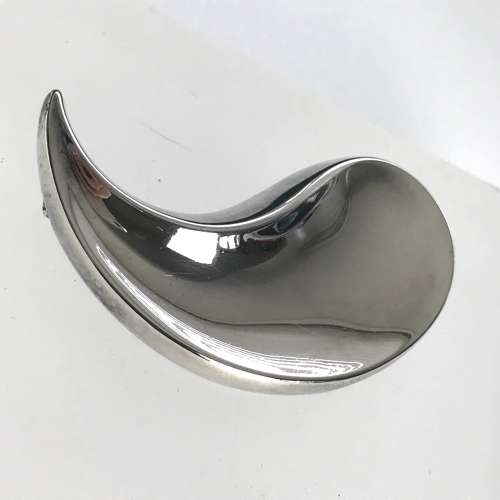 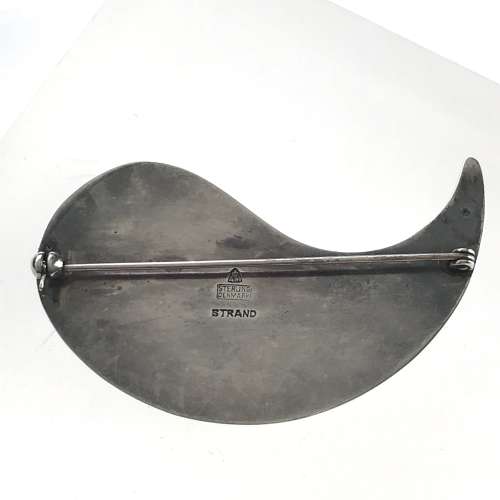 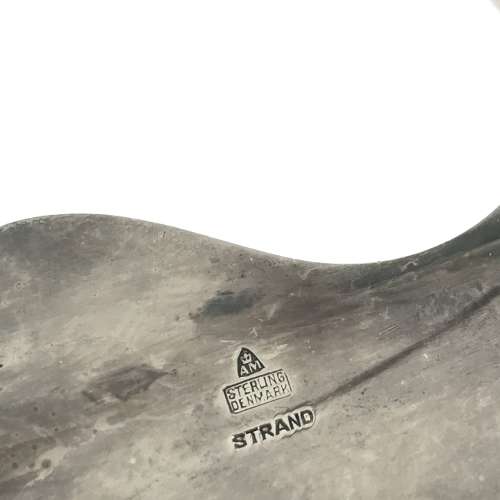 This brooch was designed by Karen strand and made by Anton Michesen's company around 1953-55. It is the shape of a large comma with concave centre - beautifully simple!

It is in excellent used condition, and is marked with the Anton Michelsen logo, Sterling Denmark, and STRAND.

Karen Strand (1924–2000) was one of the first students to study at the Goldsmiths College in Copenhagen. In 1954 began working with the jewellers A. Dragsted, and later became their leading designer and director. From 1962, she ran her own workshop in central Copenhagen.