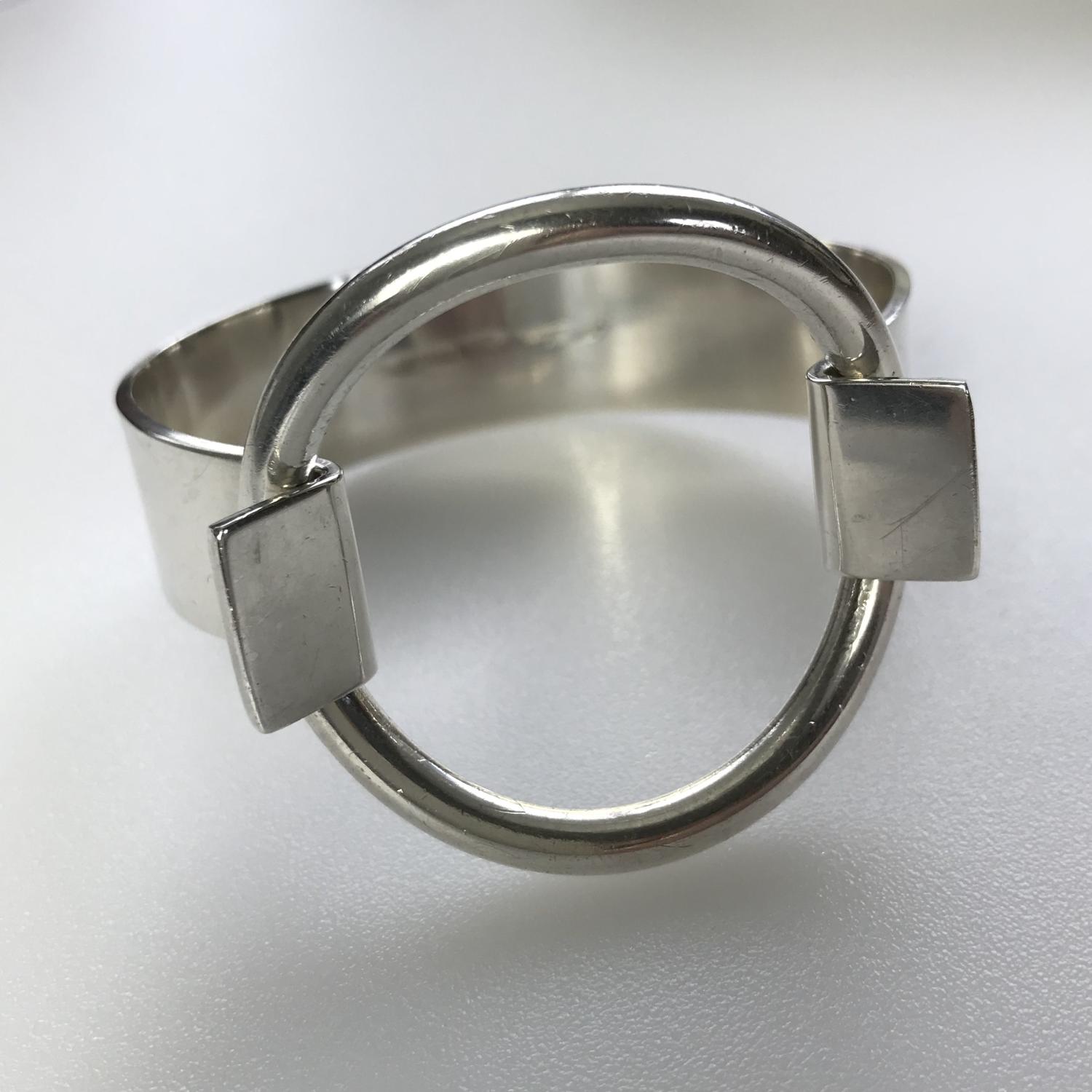 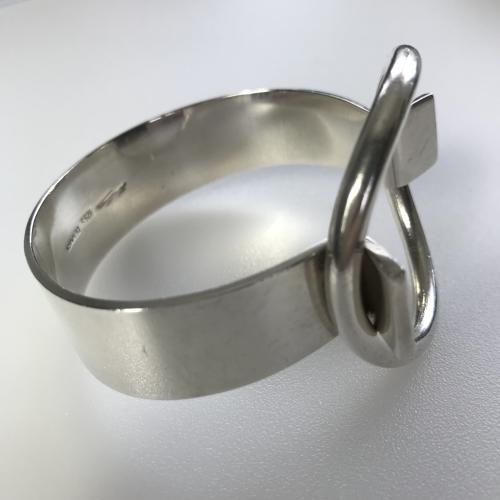 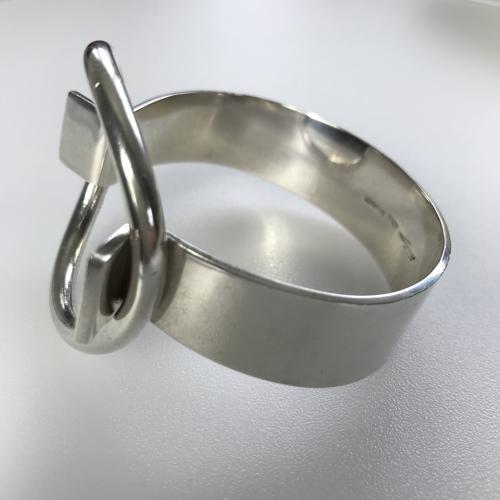 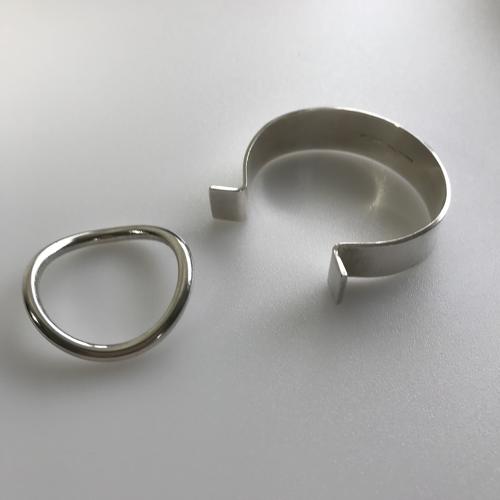 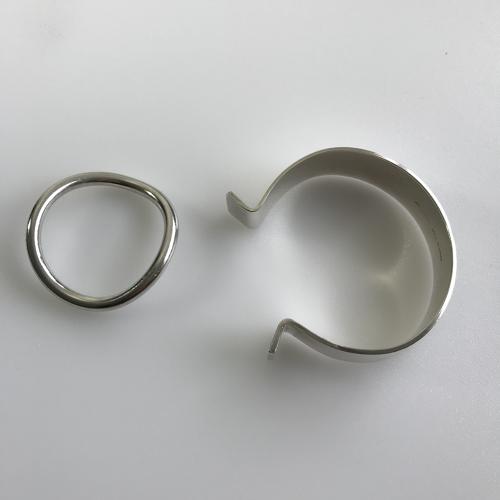 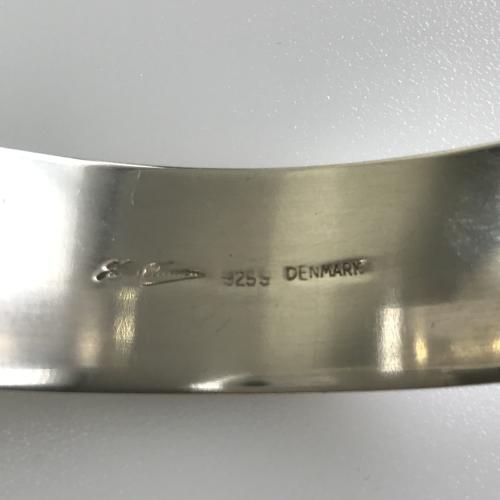 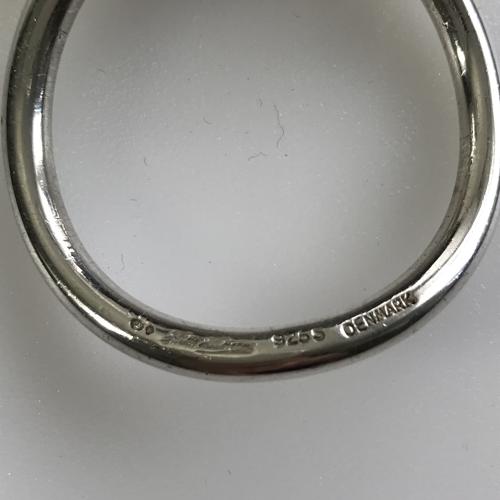 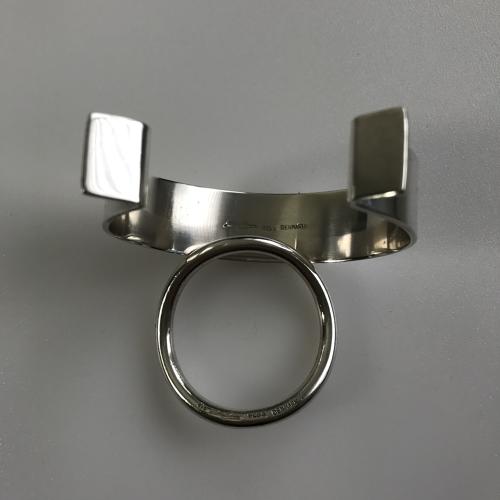 An iconic piece of Scandinavian silver jewellery designed in the 1960s and so typical of the style of that decade.

This ring bangle was designed by Bent Gabrielsen for the jewellery company Hans Hansen in Denmark. It comes in two parts with the detachable ring  holding the bangle closed. It weighs 69g.

It is in excellent used condition and both pieces are hallmarked for Hans Hansen, Denmark, 925s. The ring also has Swedish import marks with date it to before 1988.

Bent Gabrielsen (1928-2014) was hired by Hans Hansen in 1953 and worked there until 1969 before going on to set up his own workshop. He won the Lunning prize in 1964 which was considered as like the “Nobel” prize for Scandinavian design. He also won a gold medal at the Milan Triennial for design  in 1962. A number of his designed were also produced by Georg Jensen.