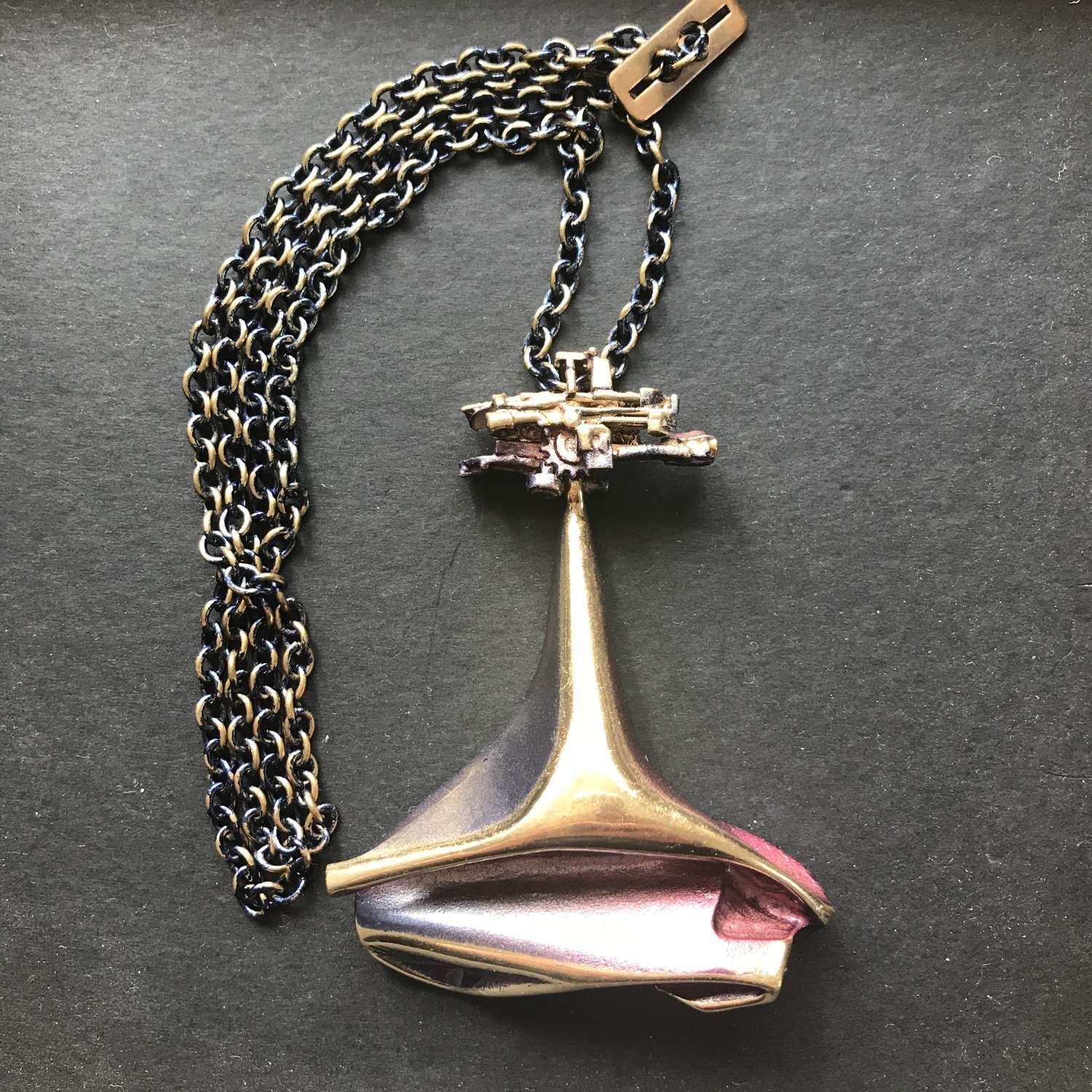 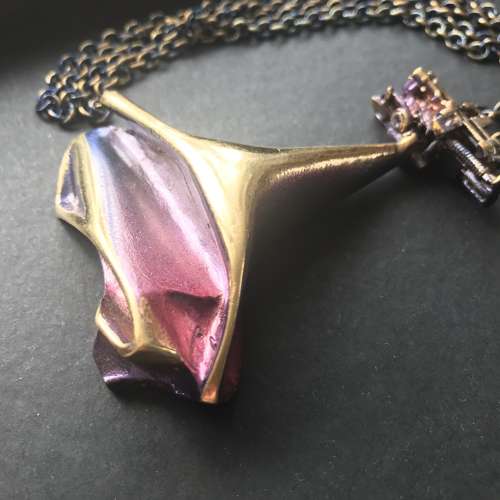 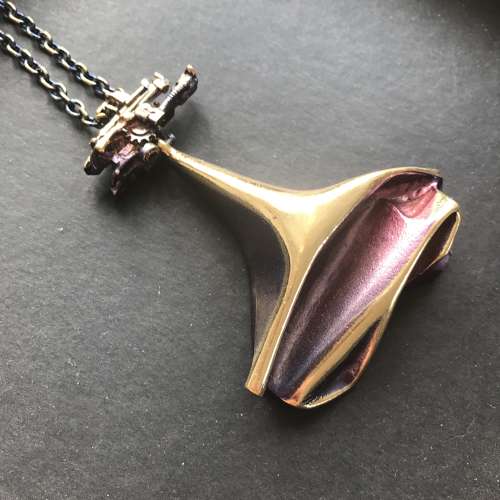 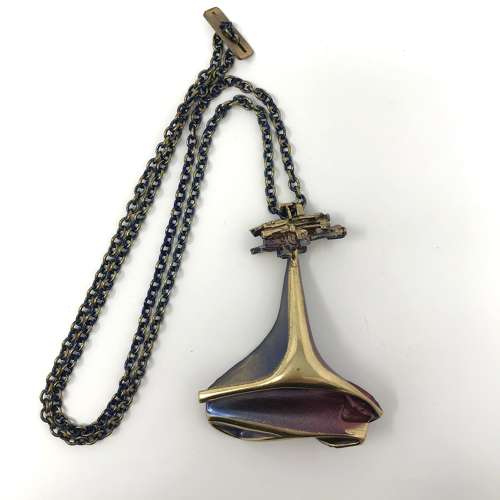 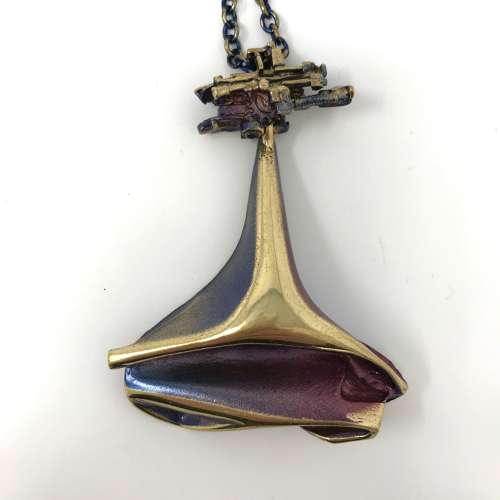 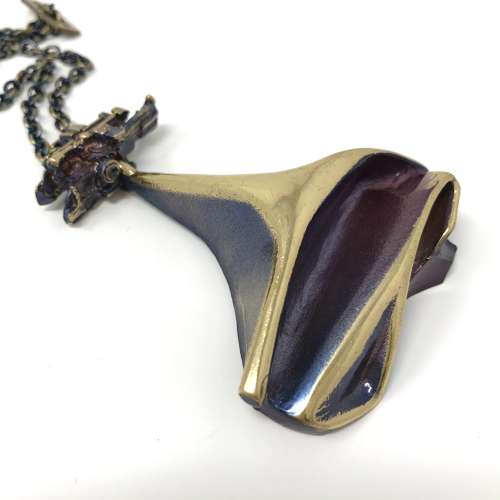 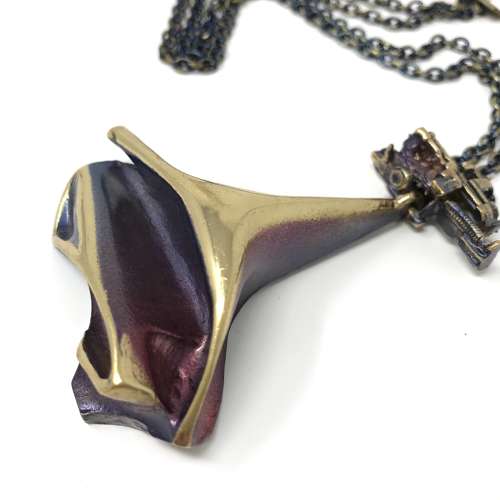 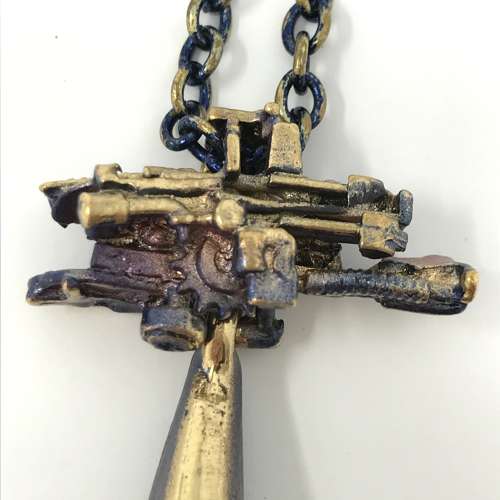 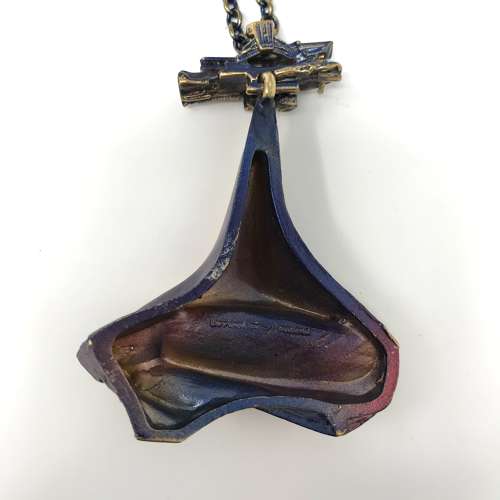 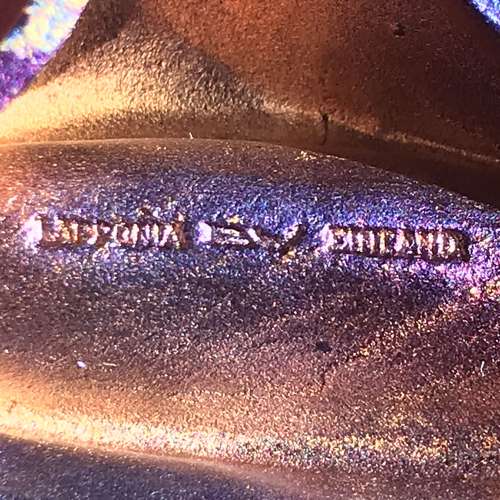 This Lapponia Flame Bronze kinetic pendant and chain is by leading Finnish designer Björn Weckström. This pendant has an industrial style and the name ‘Bethlehem Steel’ is from the company of this name that was, for much of the 20th century, one of the world's largest steel producers and shipbuilders.

The name ‘Flame Bronze’ refers to the dark purple-blue-grey finish which was very difficult to achieve. This piece is a very good example with particularly strong purple and blue on the pendant and blue in the chain. The photos on the black background show these colours in sunlight. The series was only produced for a short while in the 1970s and the flame (or fire) bronze finish was not used on later pieces.