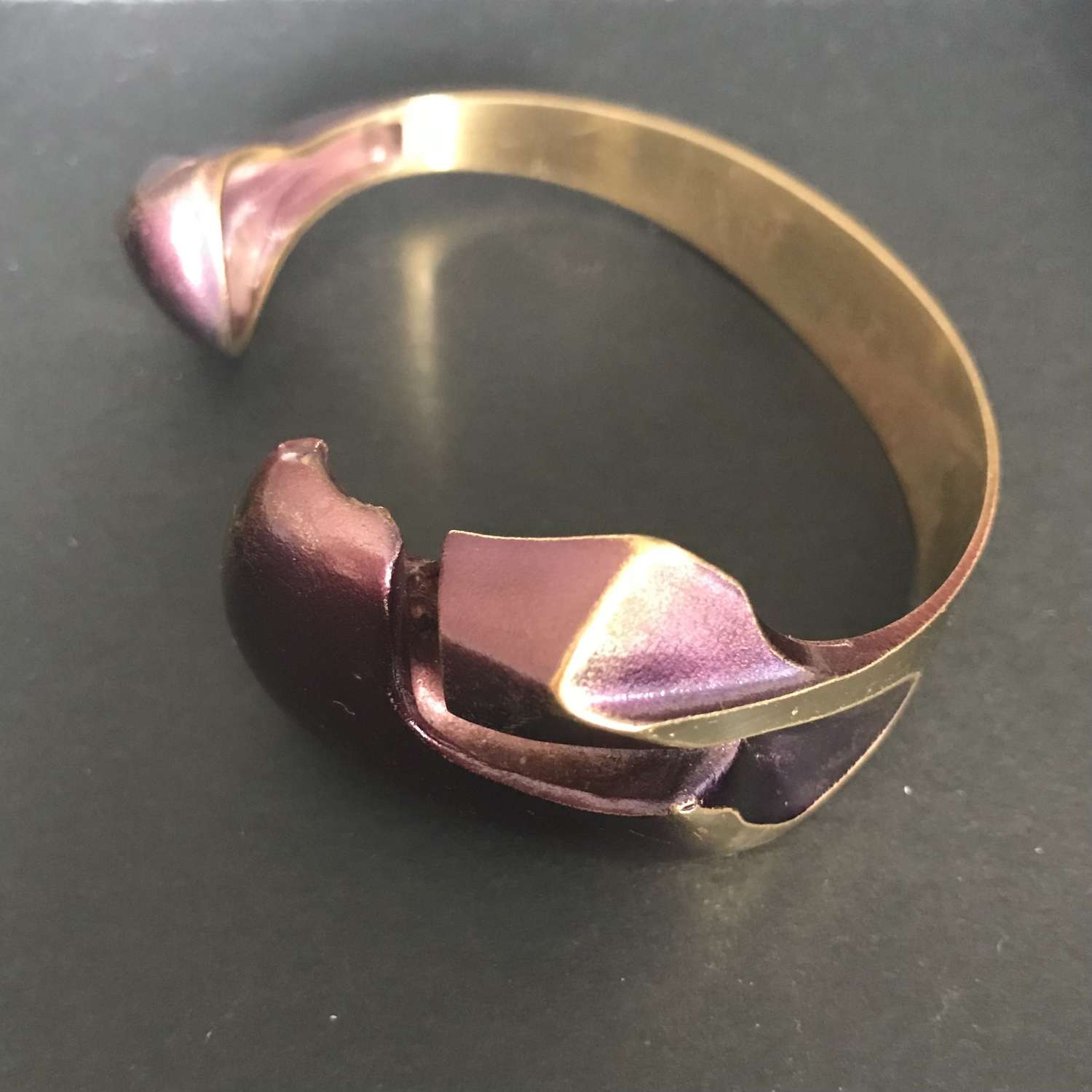 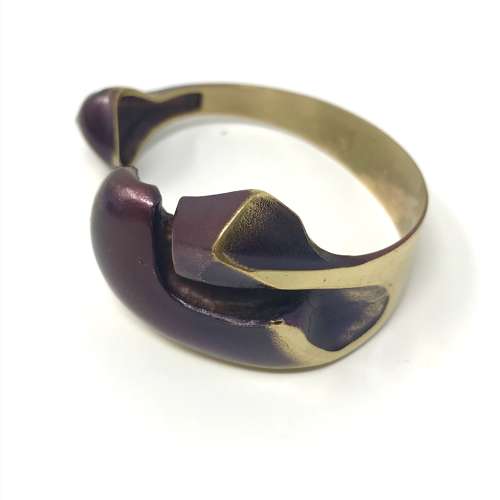 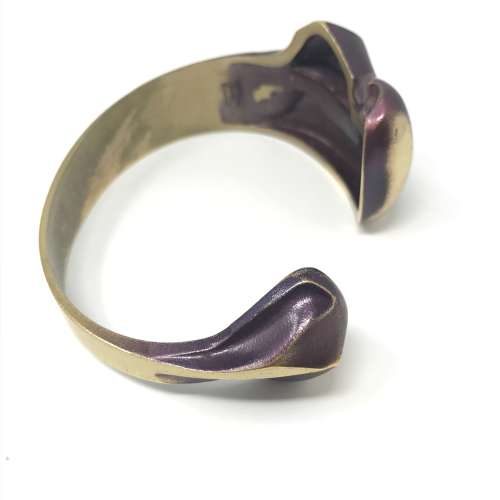 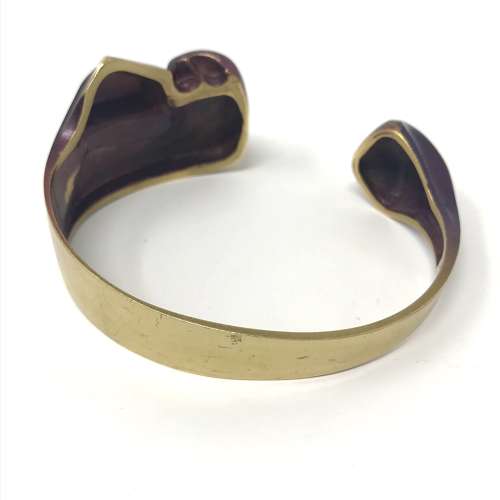 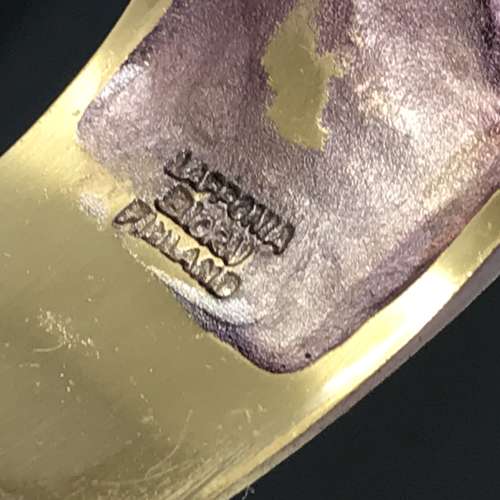 This Lapponia Flame Bronze bangle is by leading Finnish designer Björn Weckström. The name ‘Flame Bronze’ refers to the dark purple-blue-grey-red finish of these pieces which was very difficult to achieve. This bangle is a lovely example with strong purple colour at the front. The photo on the black background shows these colours in sunlight. The series was only produced for a short while in the 1970s and the flame (or fire) bronze finish was not used on later pieces.