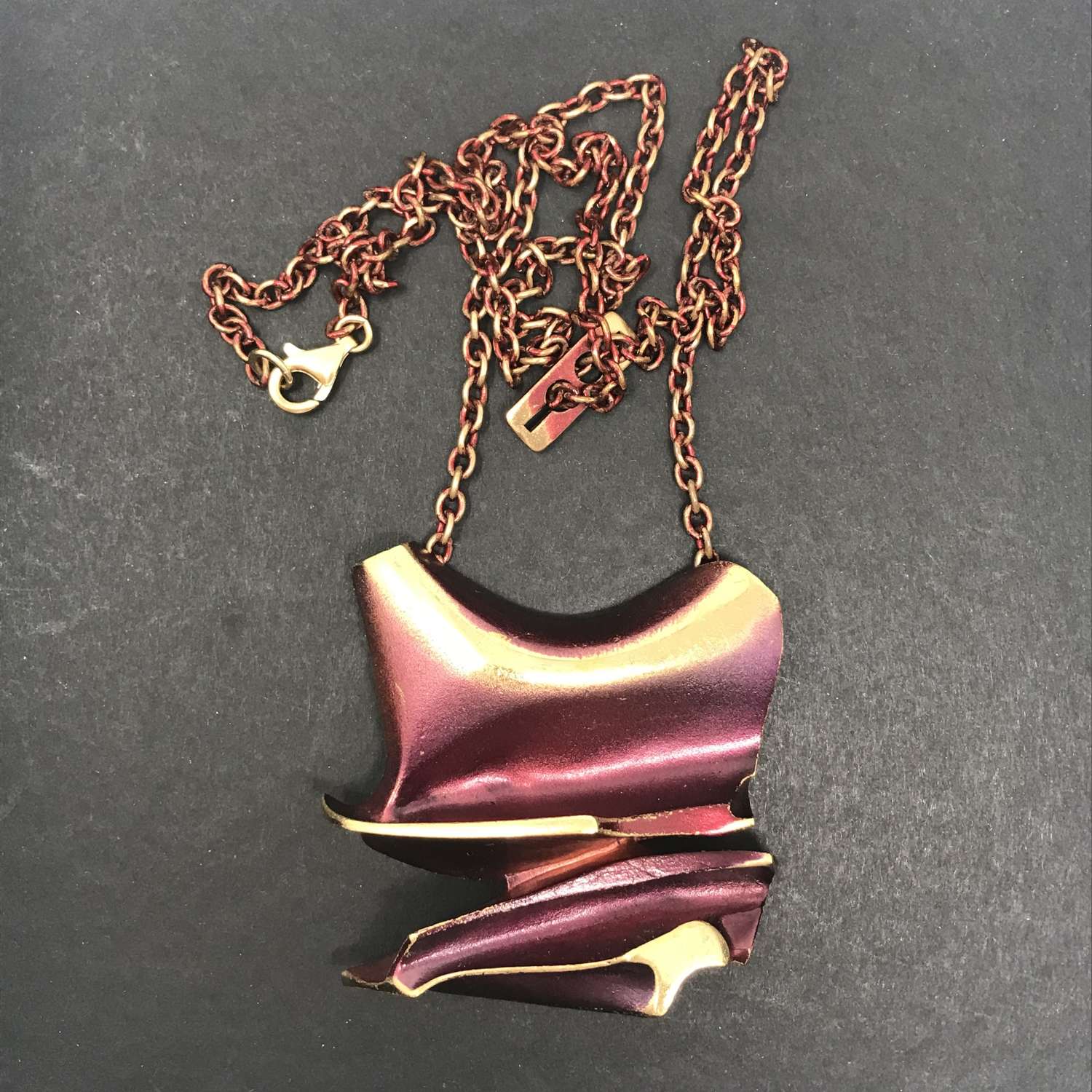 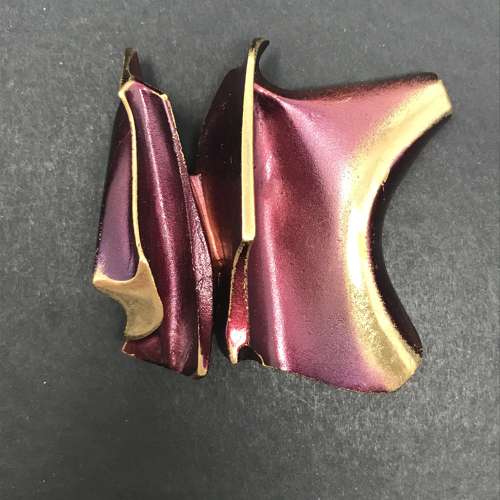 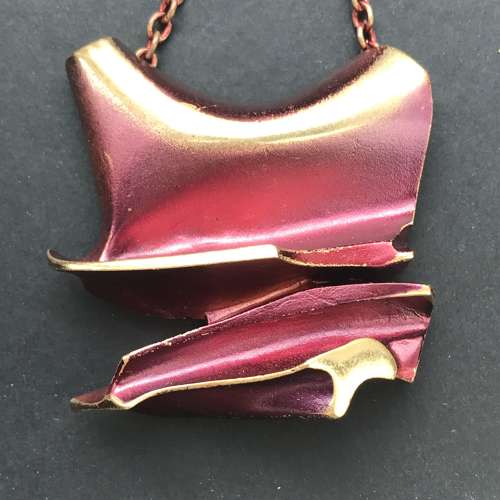 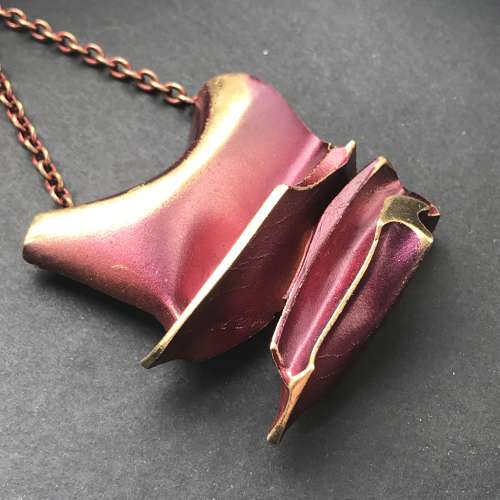 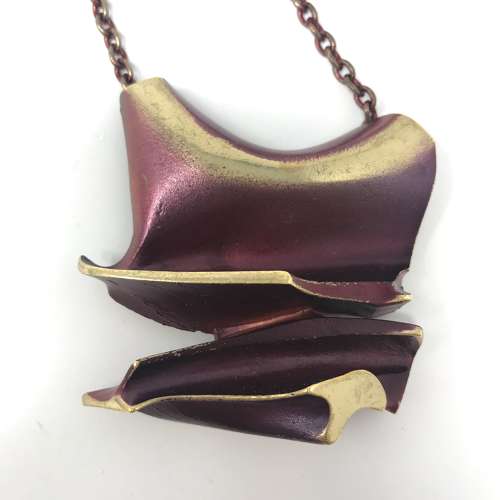 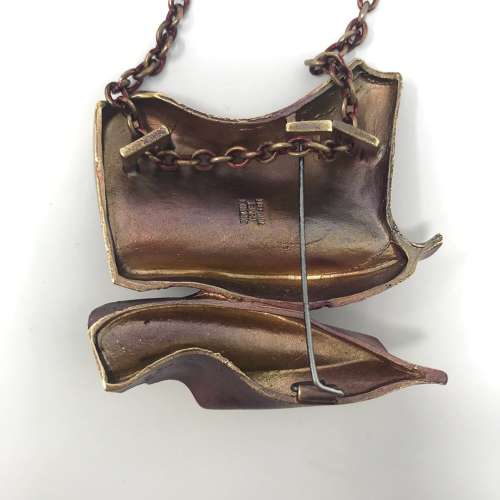 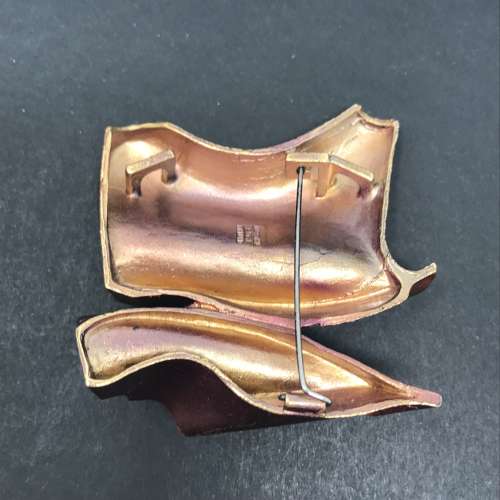 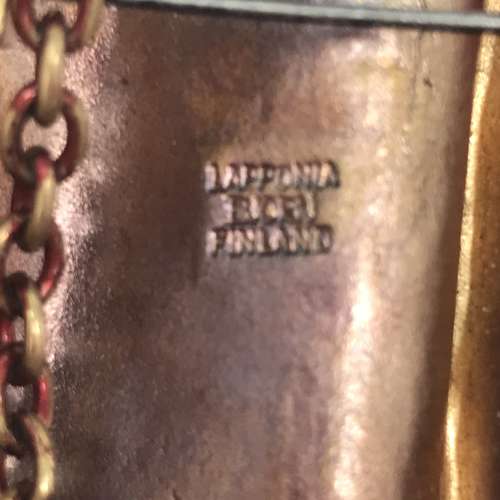 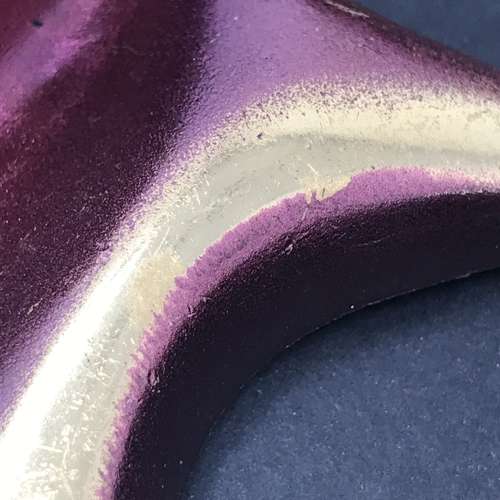 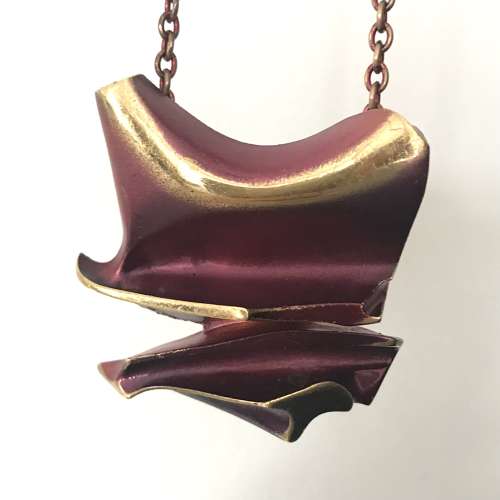 This Lapponia Flame Bronze pendant/brooch is by leading Finnish designer Björn Weckström. It has an industrial, brutalist style and is called ‘Daytona’. The name ‘Flame Bronze’ refers to the dark purple finish which was very difficult to achieve. This pendant/brooch is a good example with a fabulous red-purple colour, looking especially strong in the pictures with the black background which were taken in sunlight.  The series was only produced for a short while in the 1970s and the flame (or fire) bronze finish was not used on later pieces.

The chain also has the same red-purple finish. It measures c 70 cm and has its original chain length adjuster. The chain would not have had a fastener originally, though this later addition meams the chain can be removed making it possible to use this as both a brooch and pendant.

The pendant/brooch is stamped Lapponia Bjorn Finland. It's in very good vintage condition. There is very minor wear on the top of the pendant (which forms the left side of the brooch) and this is shown in the close-up photo.