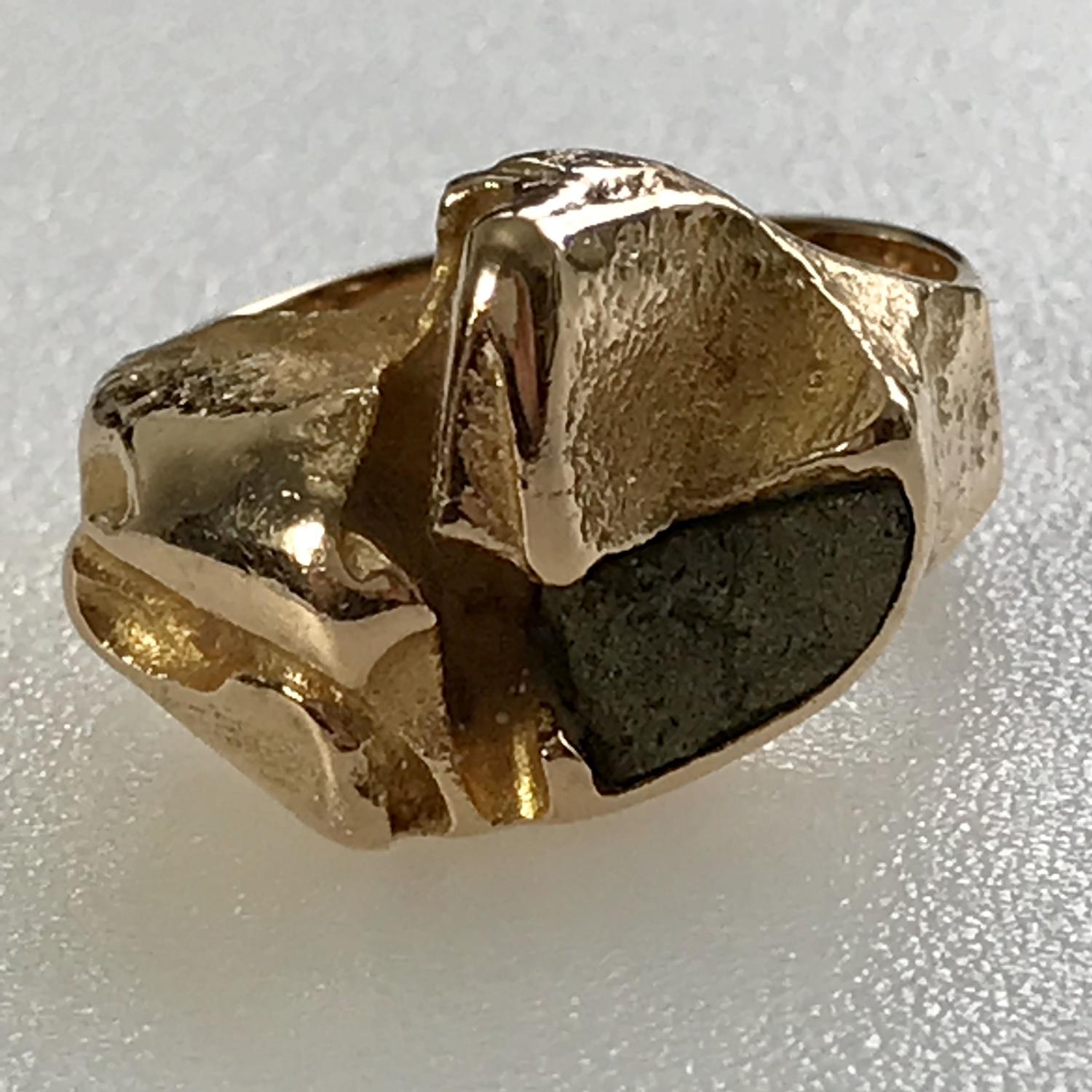 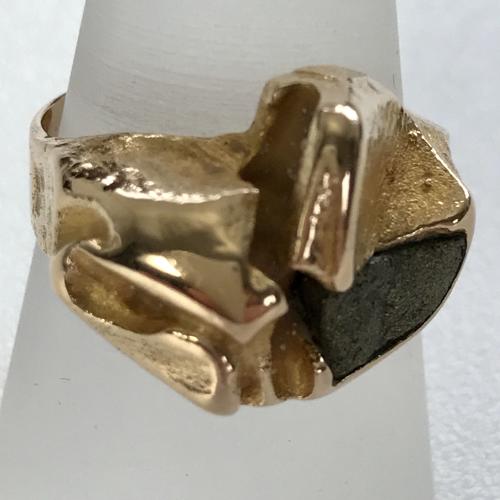 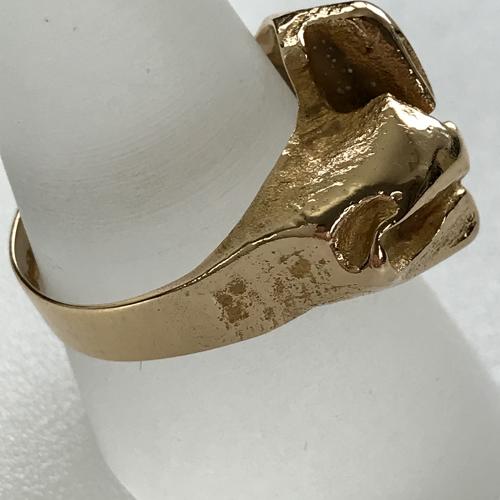 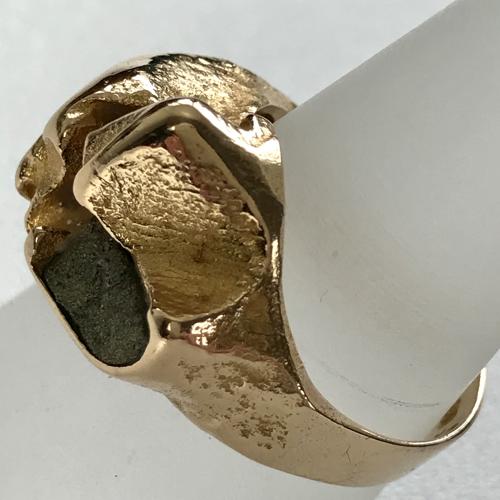 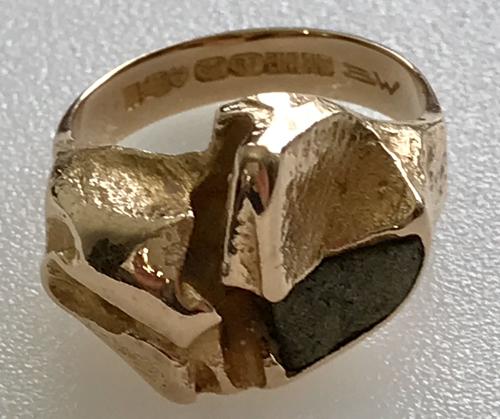 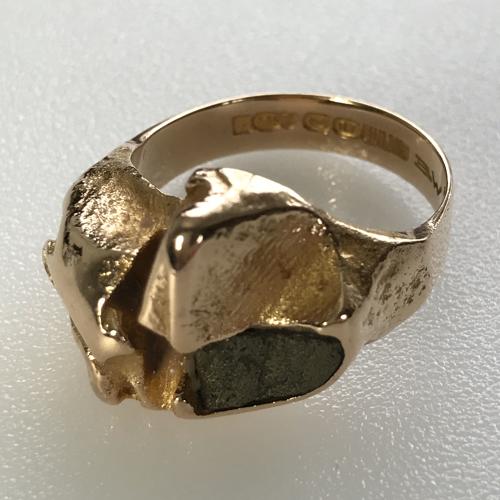 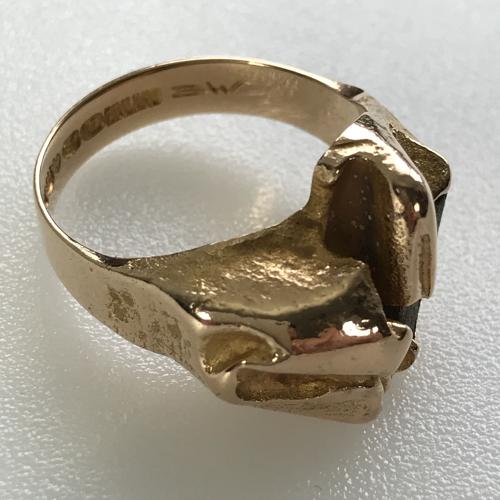 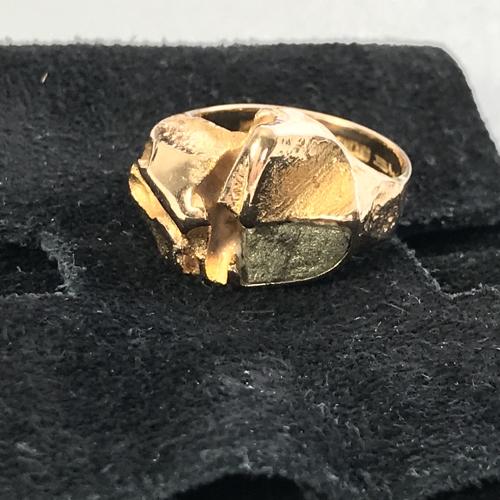 A classic Lapponia 14K gold ring by leading Finnish designer Bjorn Weckström. The ring has a distinctive moulded nugget style and is set with a piece of chalcopyrite (copper ore).

The full set of Finnish hallmarks include Lapponia, 585 (the mark for 14K) and BW for Bjorn Weckström. The year mark is for 1970 and the ring is supplied in its original black suede pouch.

The ring is size O (UK) and is in excellent used condition.  It weighs 7g and could be worn by either women or men.