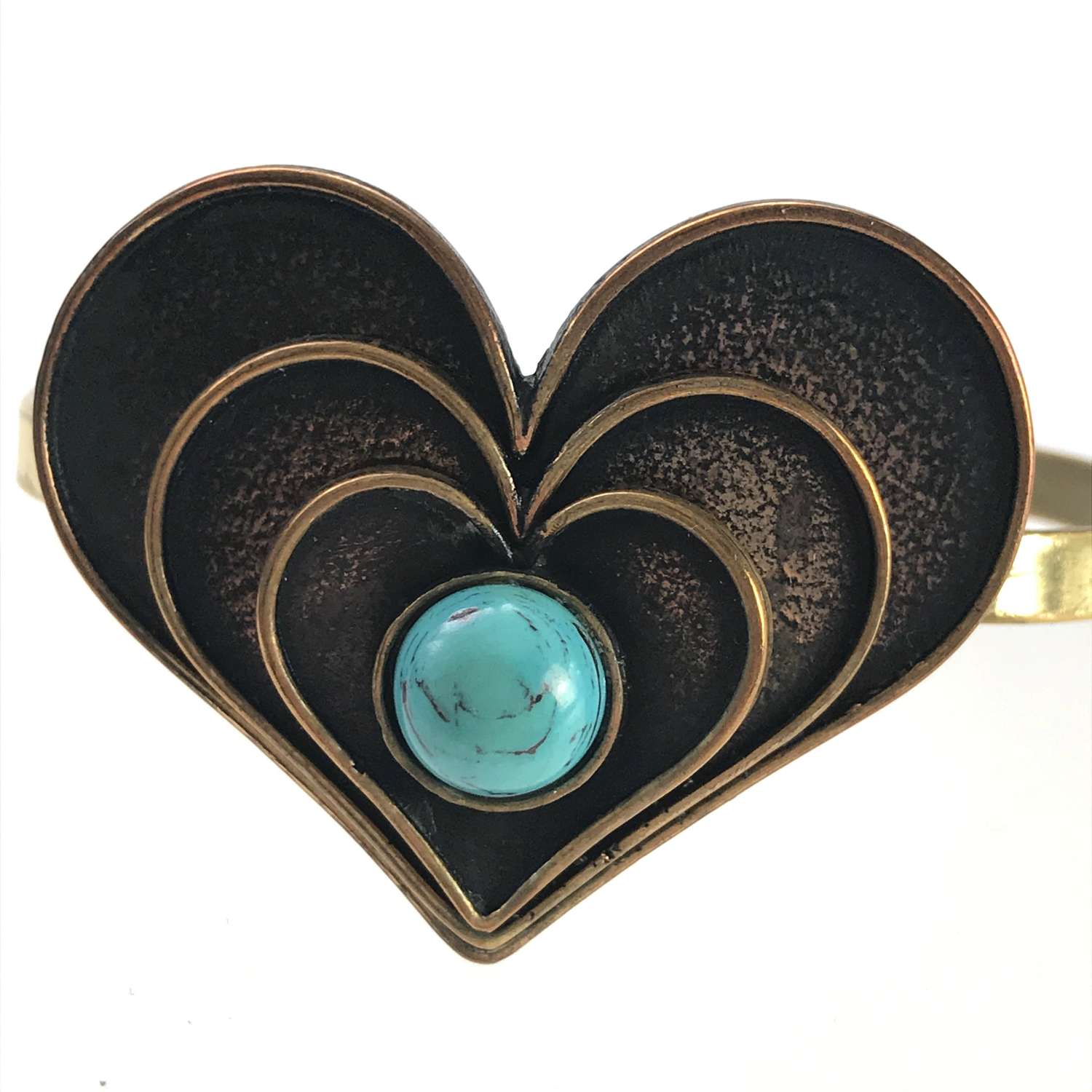 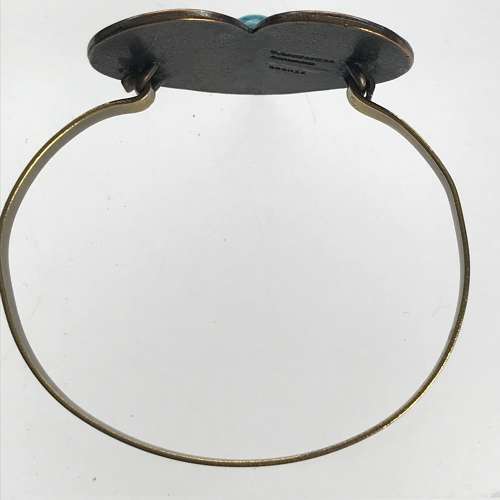 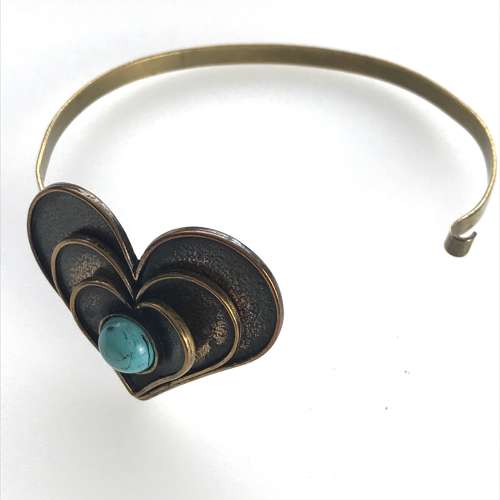 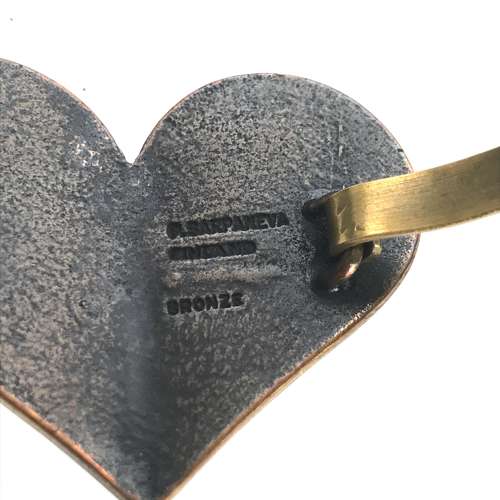 This attractive heart-shaped bronze bangle has a turquoise cabachon. It is hinged, so easy to put on.  The internal diameter is around 19 cm, and while the band looks a bit offset it sits well when worn.

It's in good vintage condition and is stamped 'P Sarpaneva Finland Bronze'.

He began his design career in the early 1960s, and the mid-1960s he began collaborating with Kalevala Jewellery. In 1967 he became Artistic Designer at Turun Hopea Oy, where he worked as an Artistic Director.