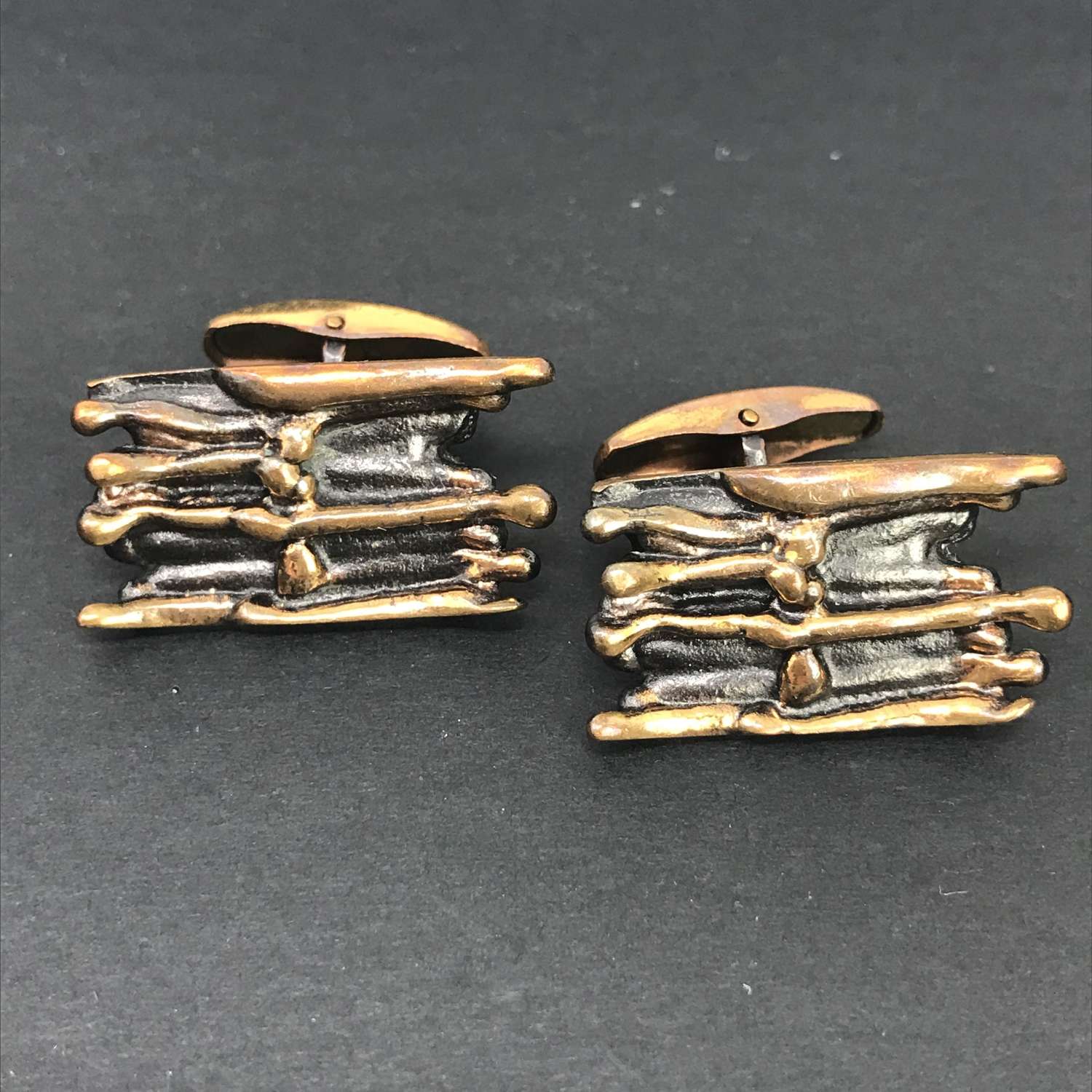 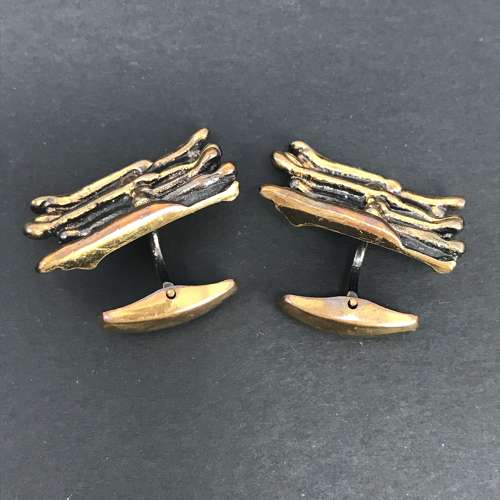 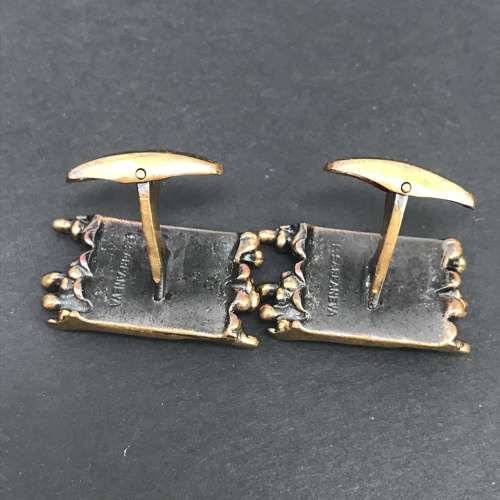 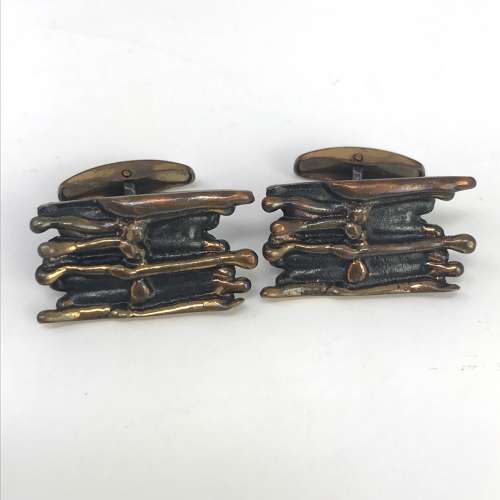 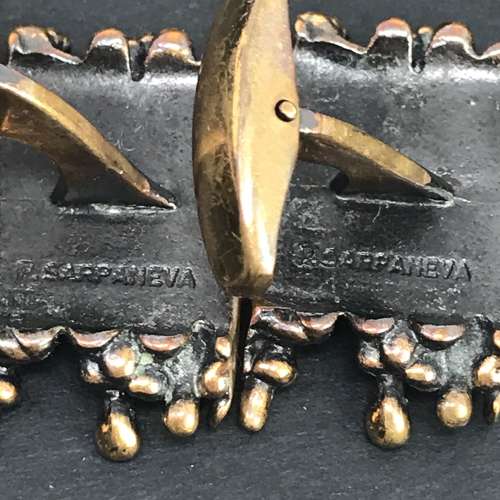 These cufflinks by Finnish designer Pentti Sarpaneva have an abstract, nature-inspired design in beautifully patinated bronze. They are in excellent vintage condition and stamped with the designer's name, P Sarpeneva.