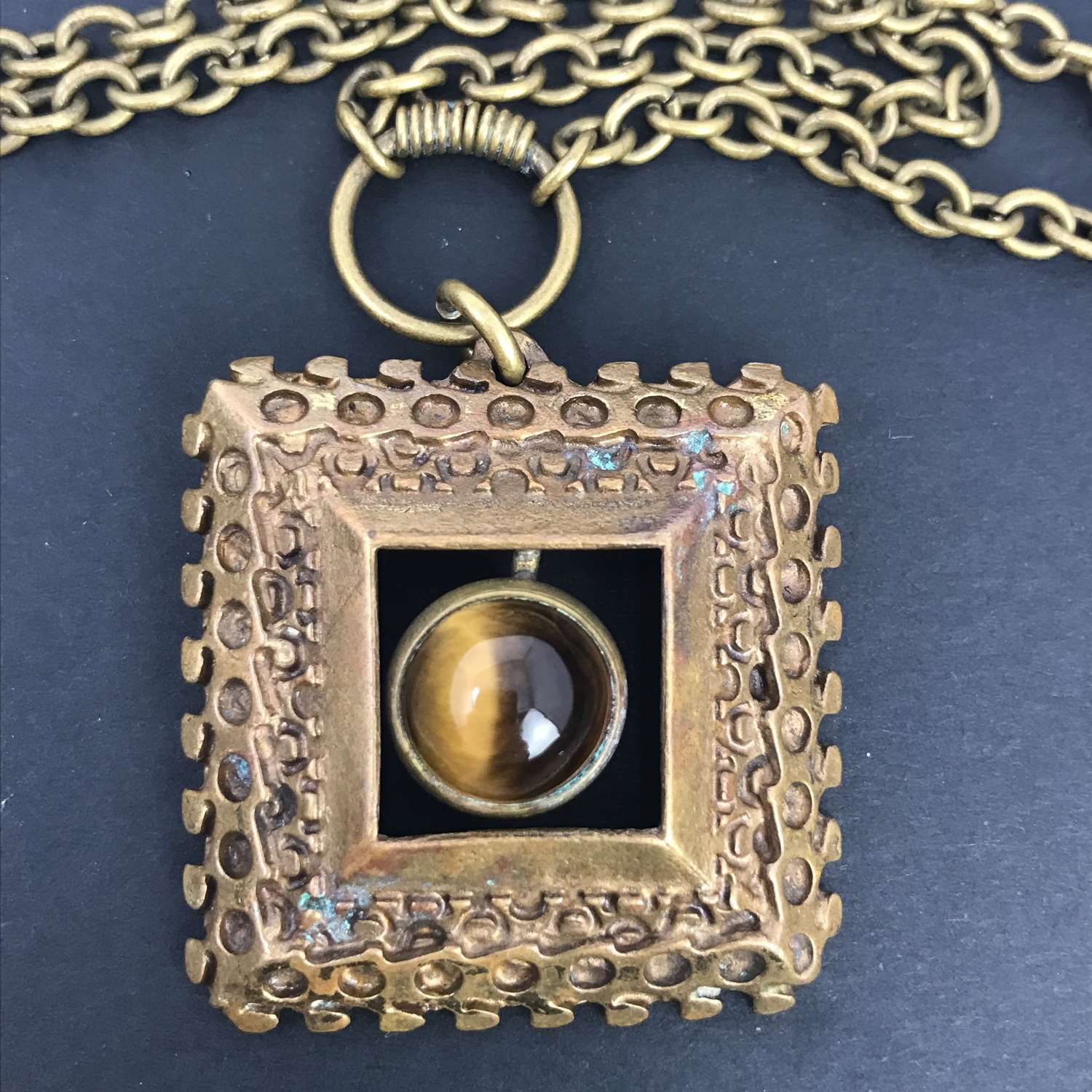 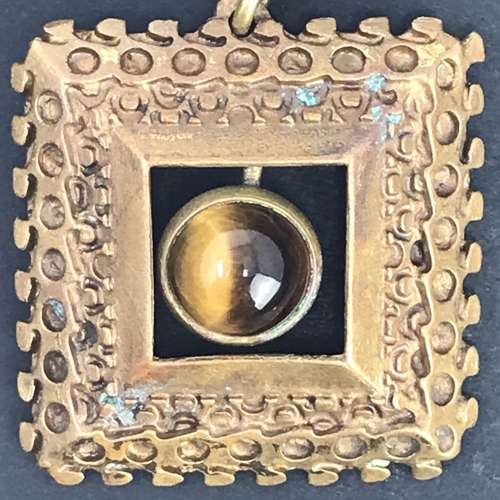 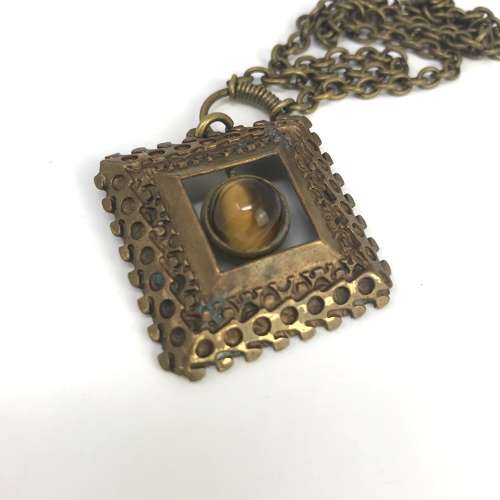 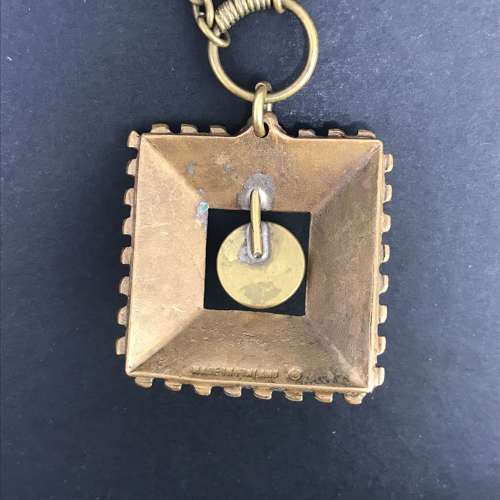 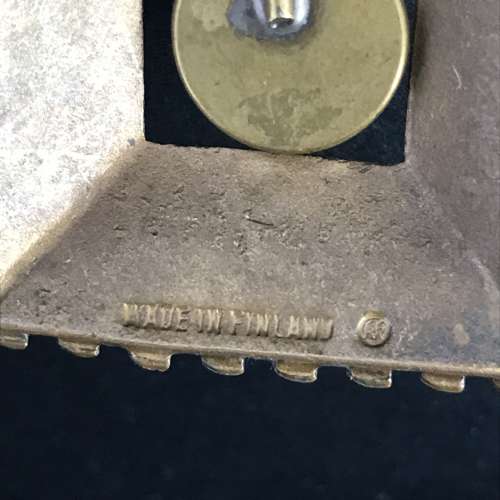 This square bronze pendant, designed by Pentti Sarpaneva, was produced by Kalevla Koru in the 1960s-70s. The pendant is 3.5 cm square, or 5 cm high including the bail, and has a tiger's eye cabochon which shines with lovely golden shades and is just over 1 cm in diameter. The bronze chain is approximately 63 cm long.

The pendant is stamped Made in Finland and has the kk logo for Kalevala Koru. It is in very good vintage condition with minimal tarnish and a couple of tiny spots of verdigris patination.

Kalevala is a design company which was set up in the 1930s by Finnish women who began selling jewellery with the aim of funding a statue but their income was actually to help women and families who were victims of war. The company is still active and uses its dividends to support Finnish cultural work.