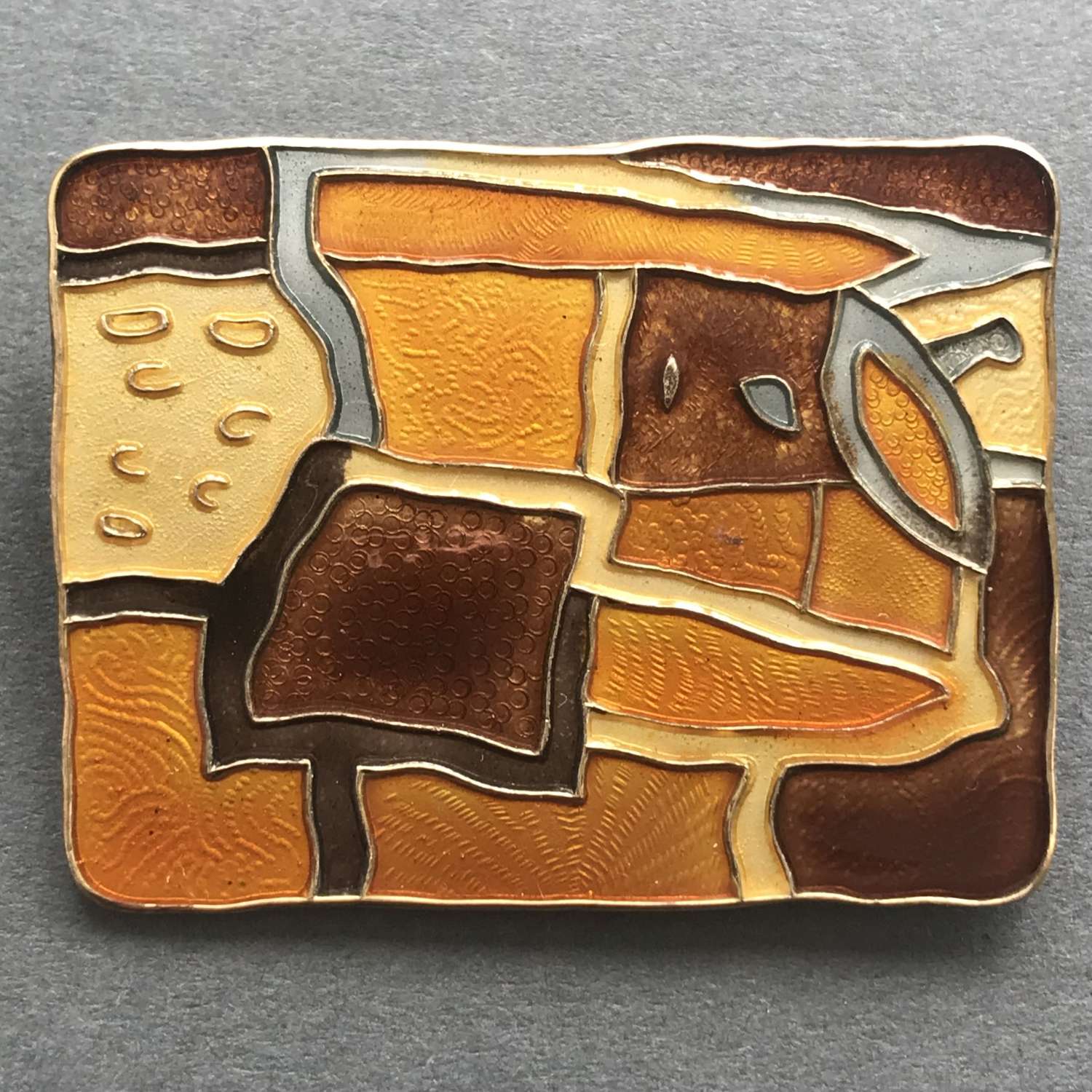 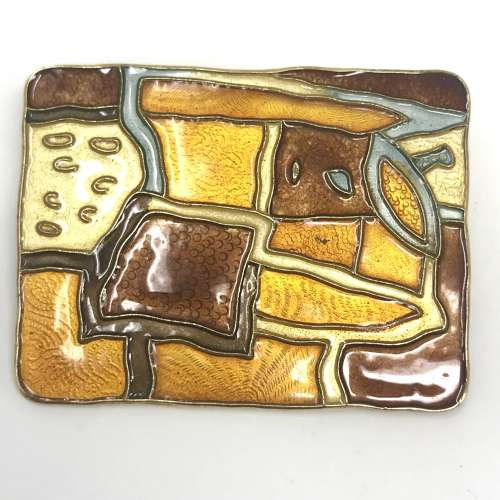 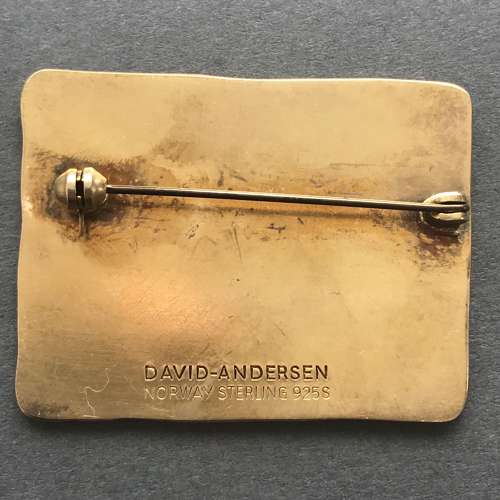 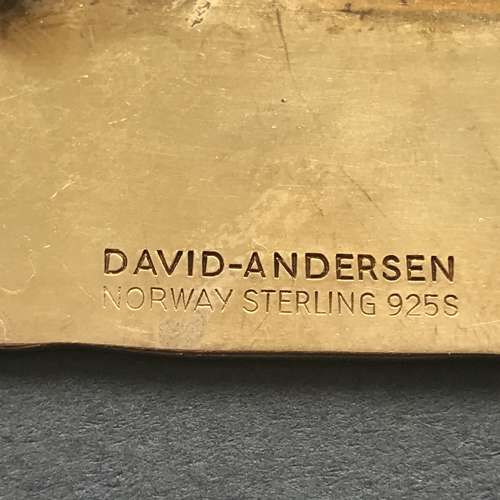 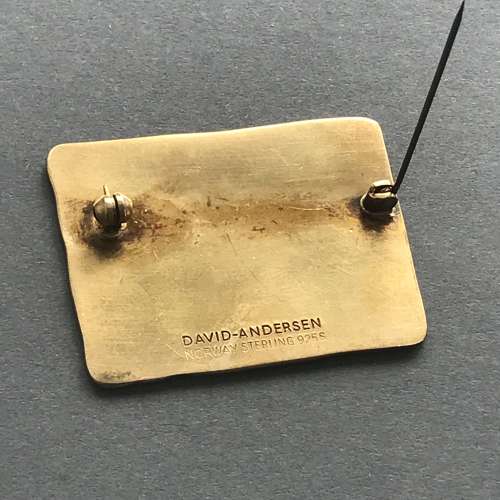 Autumn brooch from David-Andersen's Four Seasons series in yellow, orange and caramel-brown enamel on silver-gilt. This series was designed for the David-Andersen company in 1959 by artist Thorbjørn Lie-Jørensen and depicts an abstract landscape in each of the four seasons.

The brooch is in excellent vintage condition wiht no losses or chips to the enamel. The back is stamped David-Andersen Norway Sterling 925S.

Thorbjørn Lie-Jørensen (1900-1961) was an artist who specialised in painting room interiors and seaside landscapes in strong colours. From 1927 to 1939 he worked as a silversmith and enameller for David-Andersen before becoming a freelance designer.