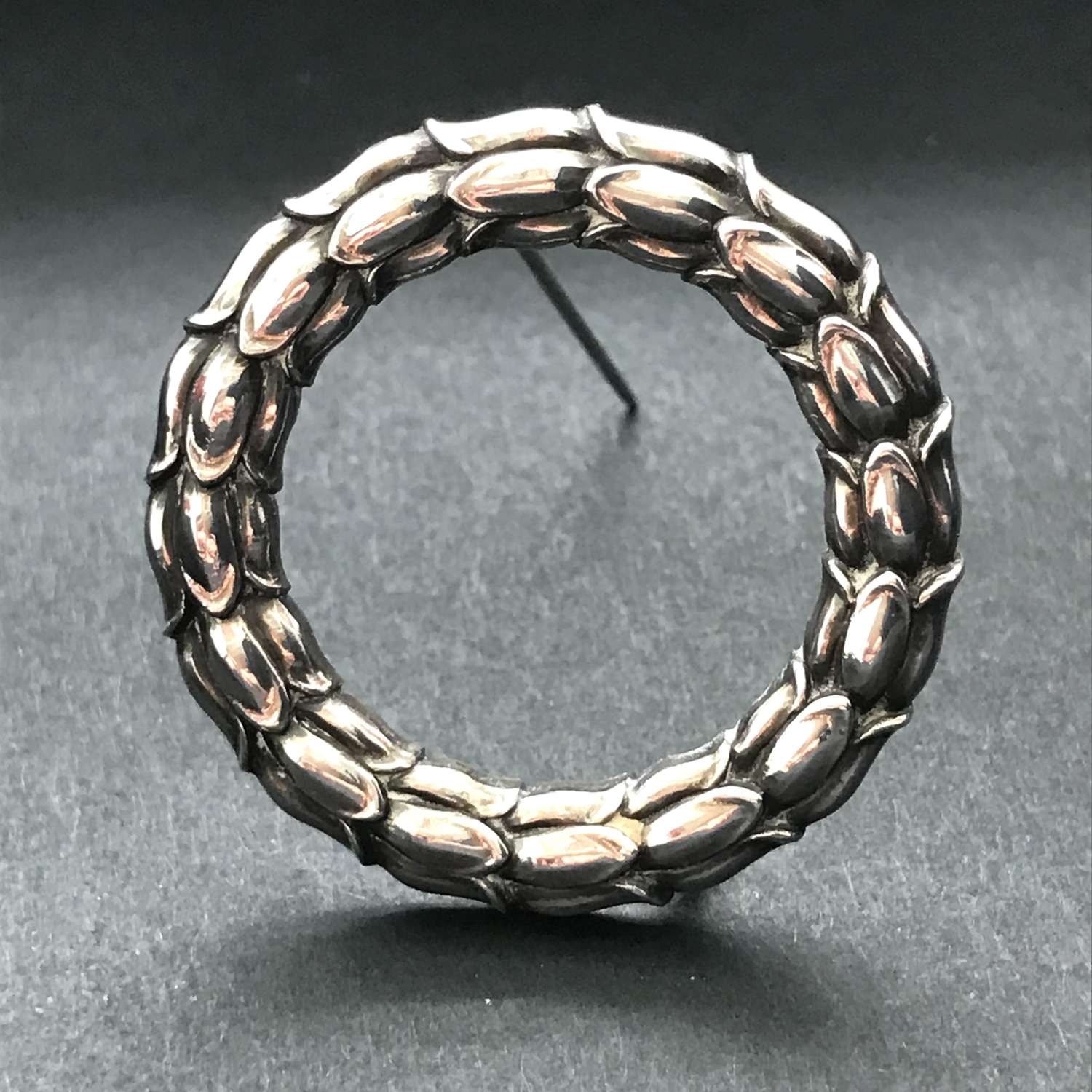 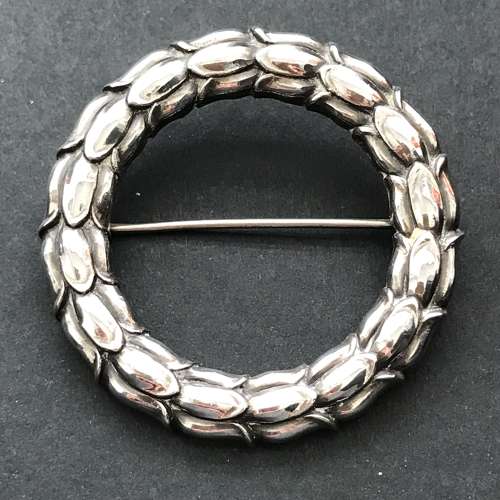 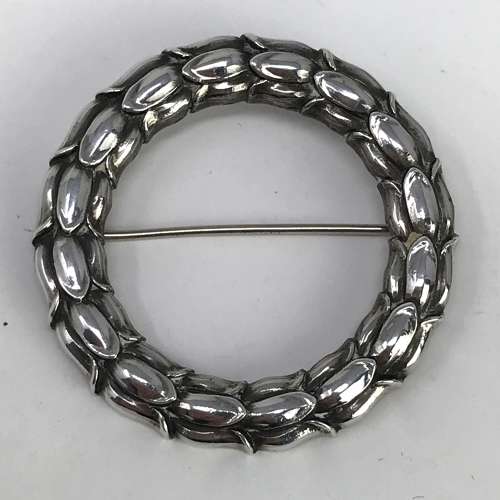 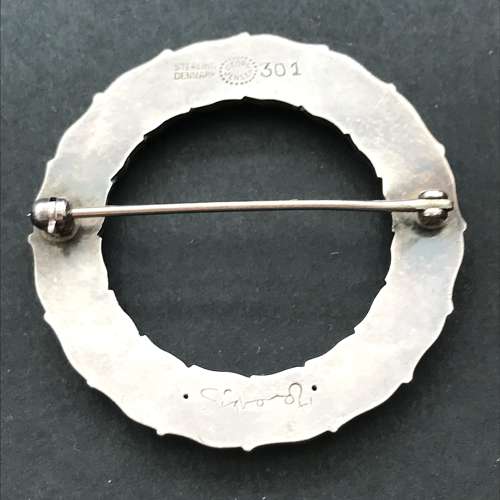 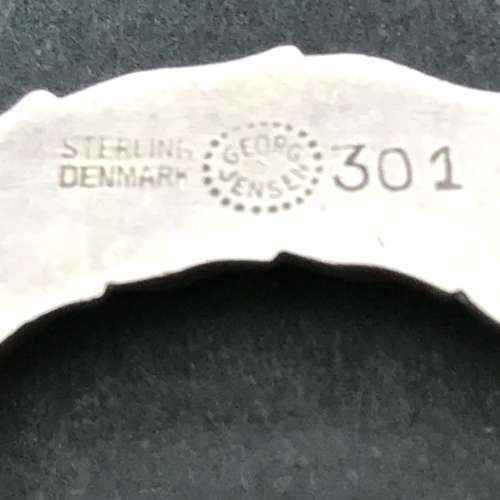 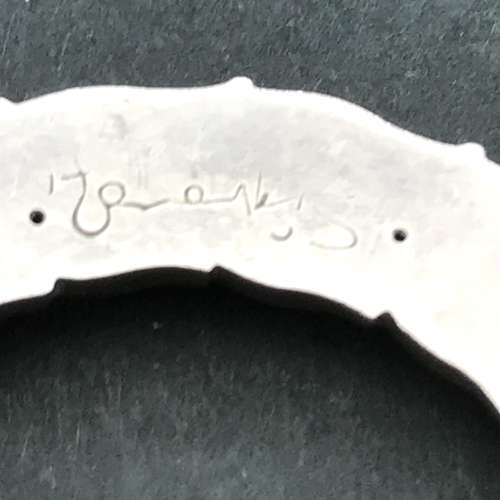 This pretty garland of bluebells brooch was designed by Sigvard Bernadotte for Georg Jensen. The brooch bears the Georg Jensen company logo for post-1944, although this is an earlier design. It is also marked Sterling Denmark, the model number 301, and, in script, the designer's name 'Sigvard'. The diameter is 5.8 cm. It is in excellent vintage condition.

Sigvard Bernadotte (1907-2002) was a son of King Gustav VI of Sweden. He studied at the Academy of Fine Arts in Stockholm and was inspired by applied art for everyday items. From 1930 he designed for the Georg Jensen Silversmithy — mainly holloware but also one flatware pattern and a few pieces of jewellery. He  used geometric and understated shapes, contrasting with the more ornate pieces produced at Georg Jensen at that time.

In 1950 Bernadotte went on to establish a design consultancy, Bernadotte & Bjørn Industridesign, and in 1964 he created a new, and very successful, company called Bernadotte Design. In 1997 Sweden's National Museum held a retrospective exhibition of his work for the Georg Jensen Silversmithy.