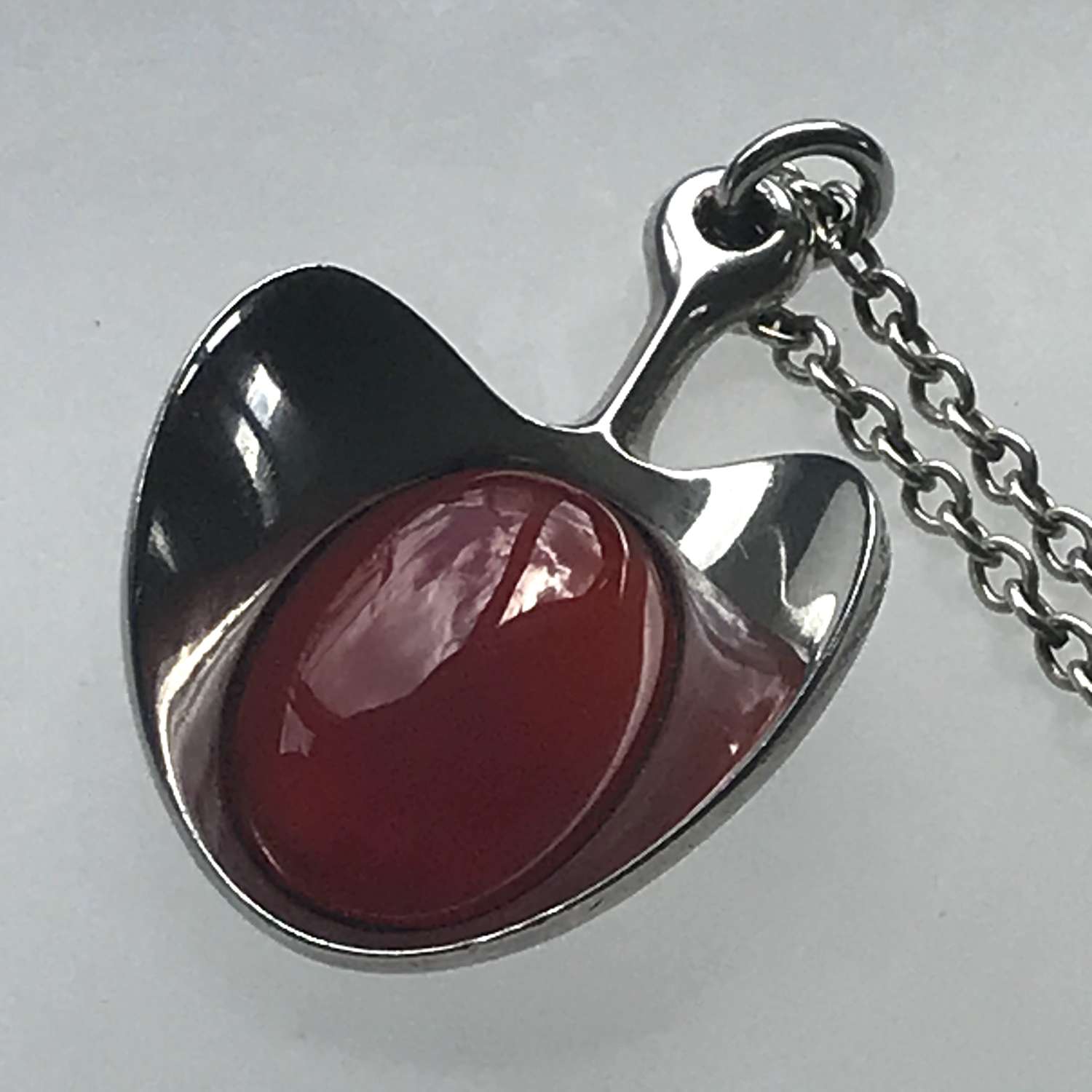 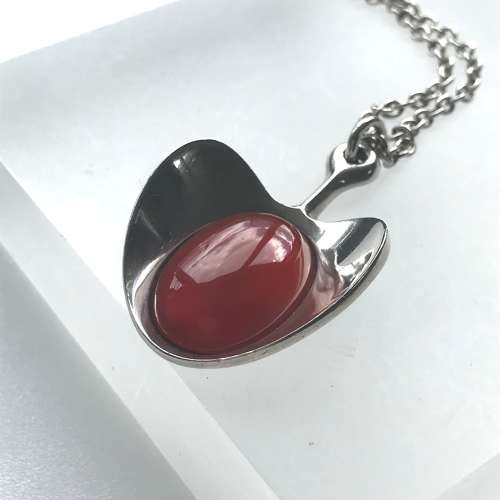 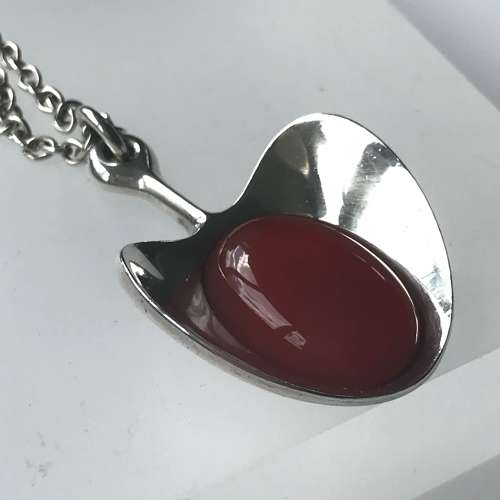 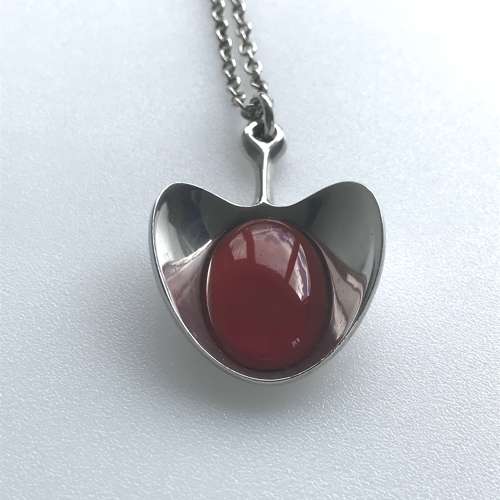 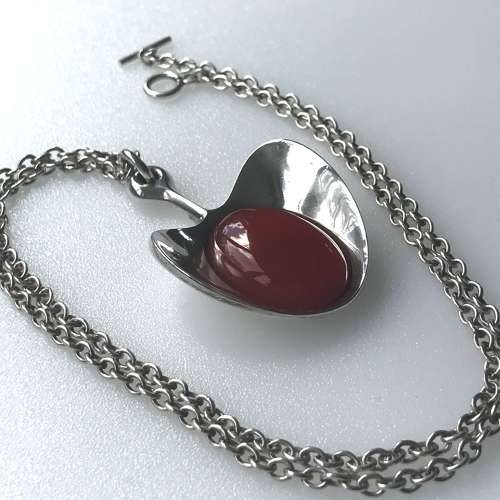 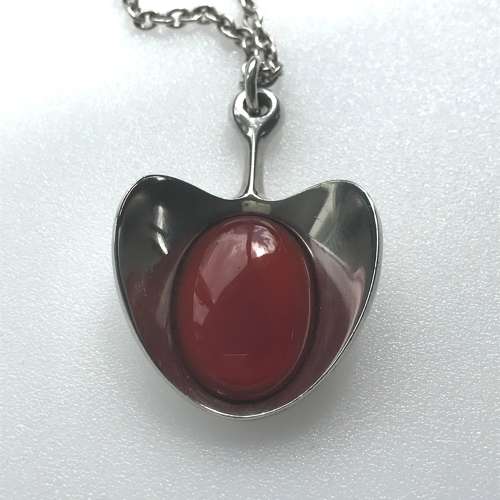 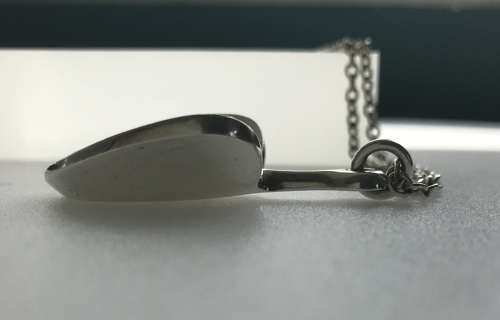 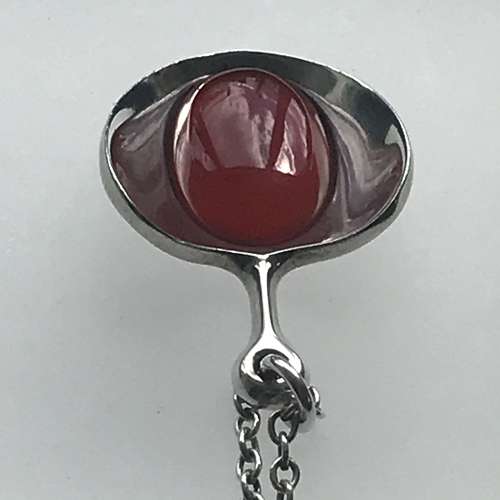 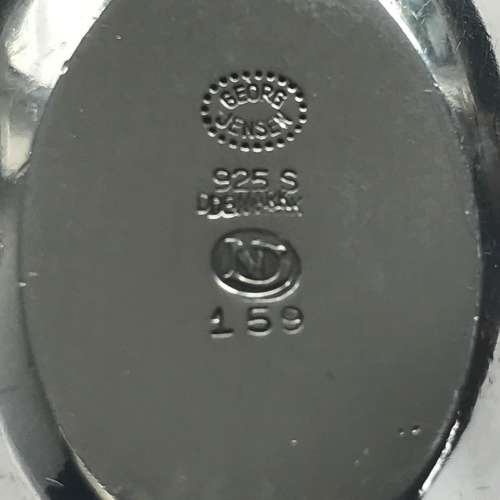 This beautiful oval carnelian cabochon, which is around 2.5 cm long, sits in a concave, silver, heart-shaped pendant. It is a rare and quality piece designed by Nanna Ditzel — probably in the late 1970s. It is supplied with a 54cm chain with ring and bar fastening.

The reverse bears the marks of the Georg Jensen dotted oval, 925S, Denmark, 159 (the model number) and ND — the maker's mark.

Nanna Ditzel (1923-2005) was one one the leading post-war jewellery and furniture designers in Denmark. She produced over 150 designs for Georg Jensen over a period of five decades. Some early examples were designed in collaboration with her husband Jørgen Ditzel (1921-61).