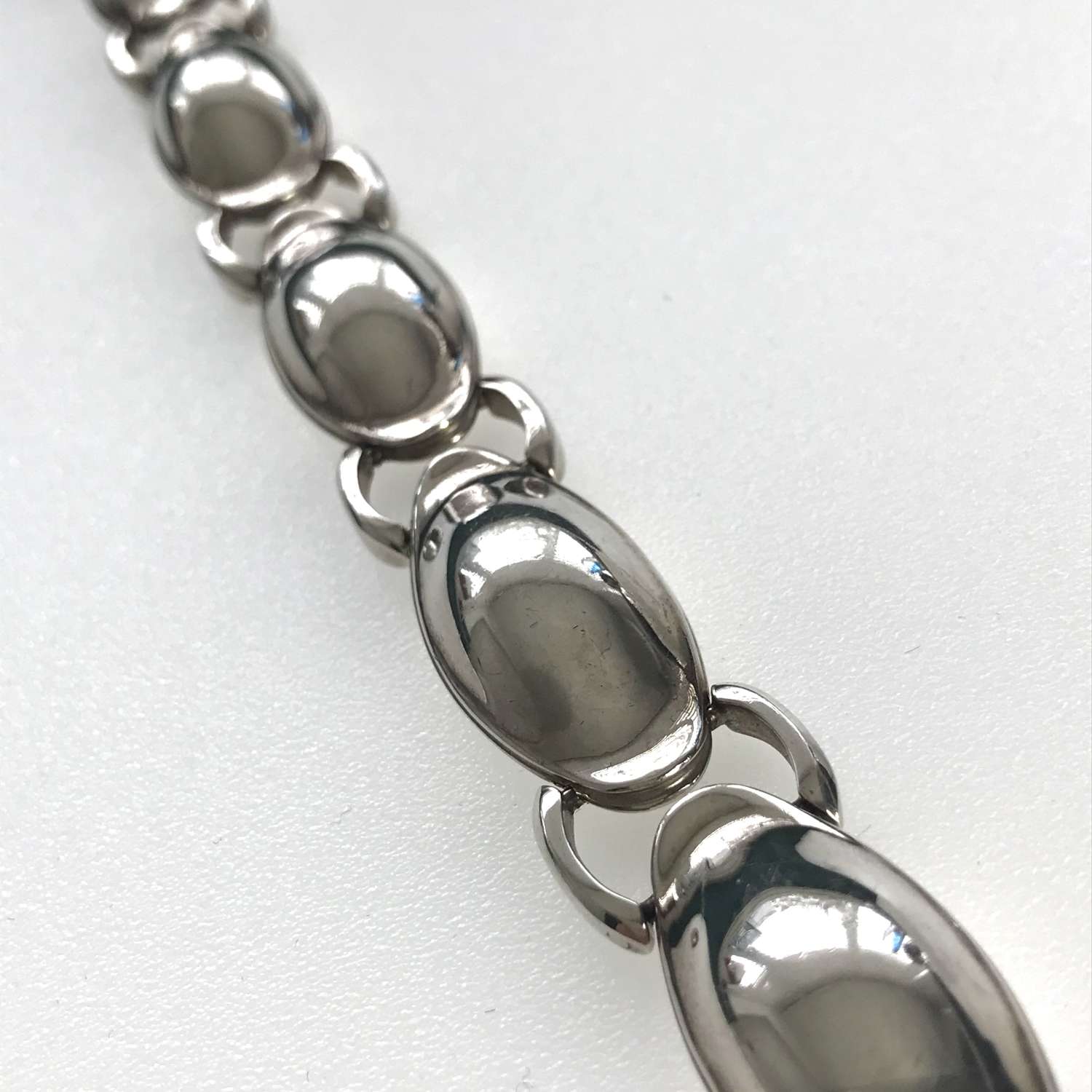 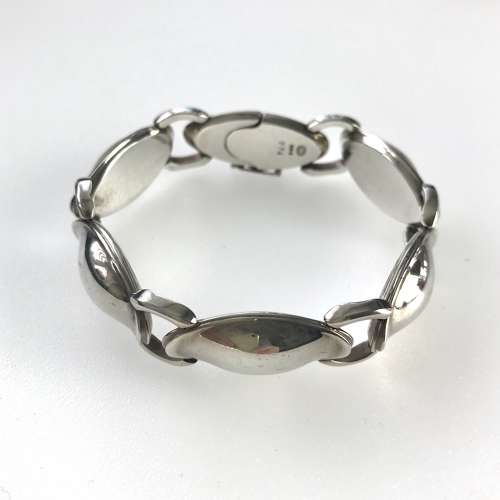 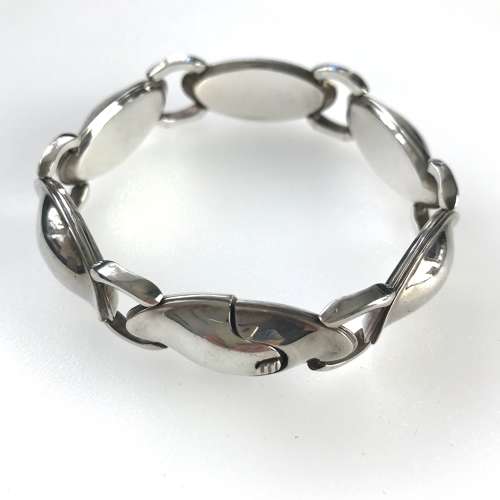 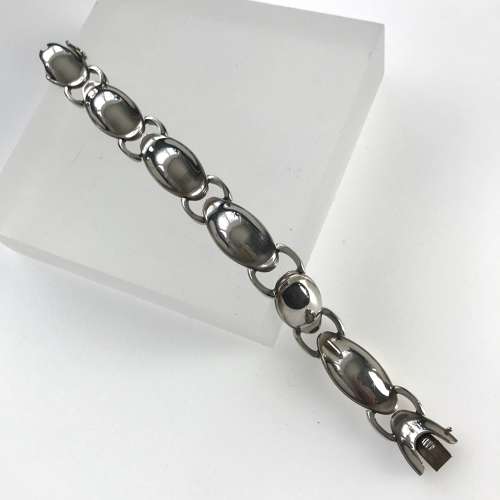 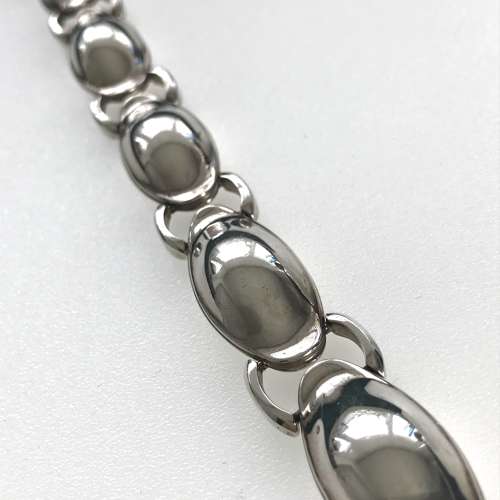 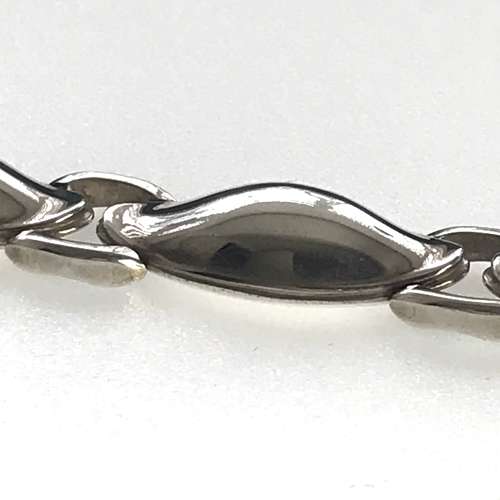 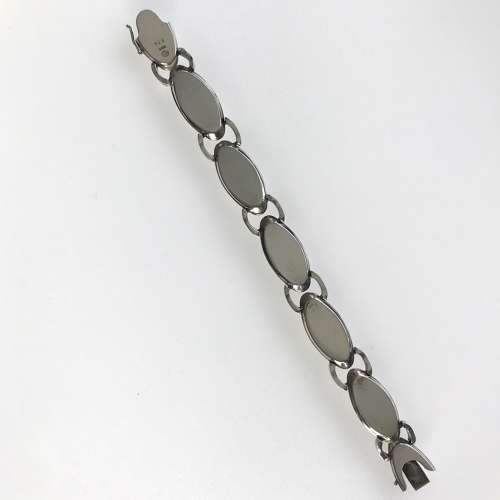 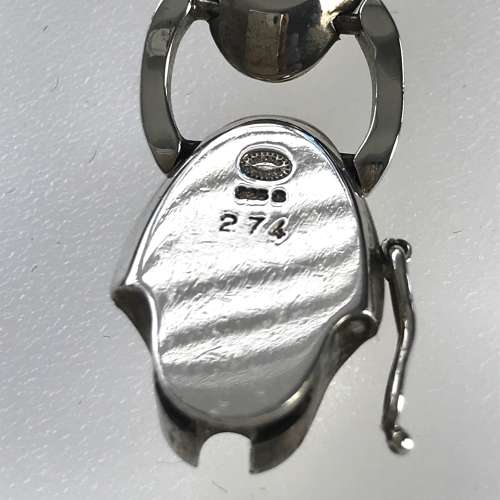 Henning Koppel's elegant 'Fish Dish' Sterling silver bracelet, design number 274, was designed in the 1950s. It is a heavy piece of jewellery, weighing 82 g. It measures 19 cm and suitable for wrist size up to 18 cm.

The bracelet is in excellent vintage condition. It is stamped with the Georg Jensen post-1945 logo, 925S and the model number 274.