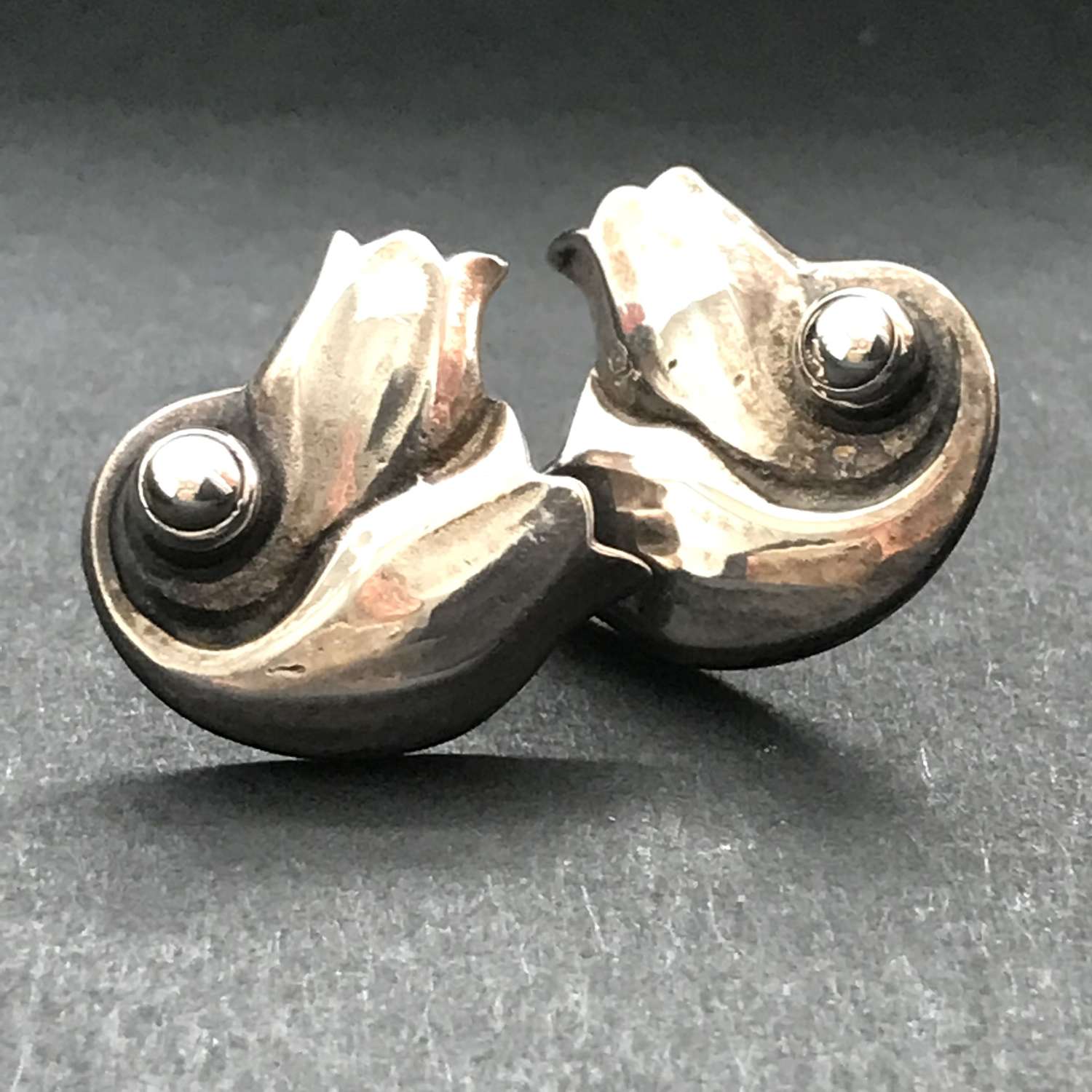 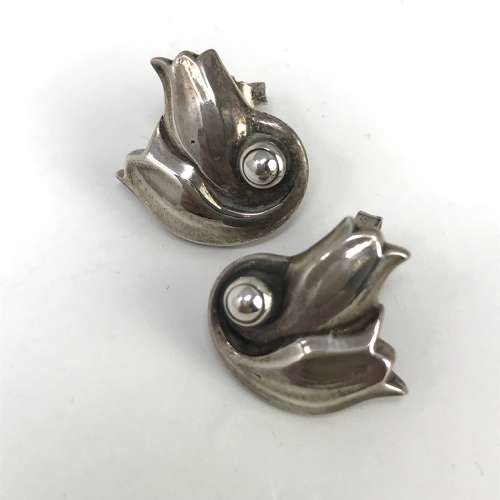 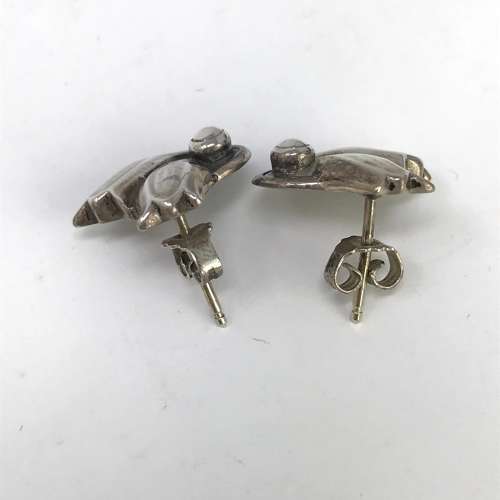 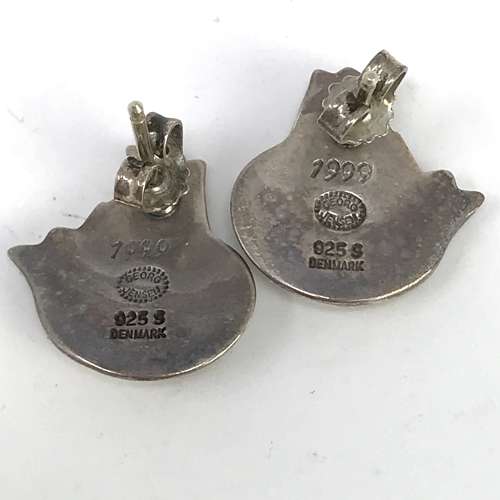 Georg Jensen Heritage Collection 1999 earrings for pierced ears. These earrings are based on a Georg Jensen design from the 1930s. They feature two tulip flowers and a bead.

They are is excellent vintage condition.