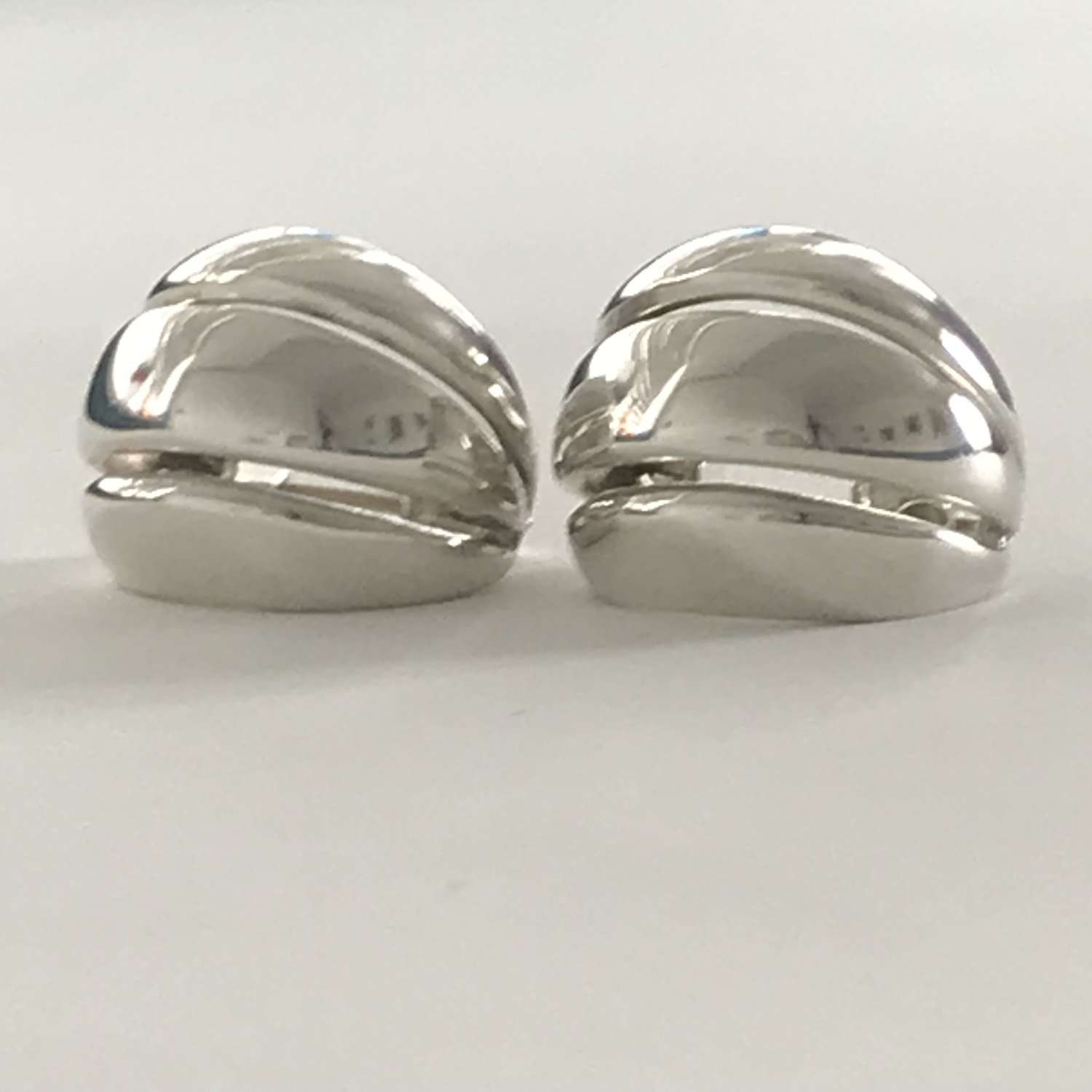 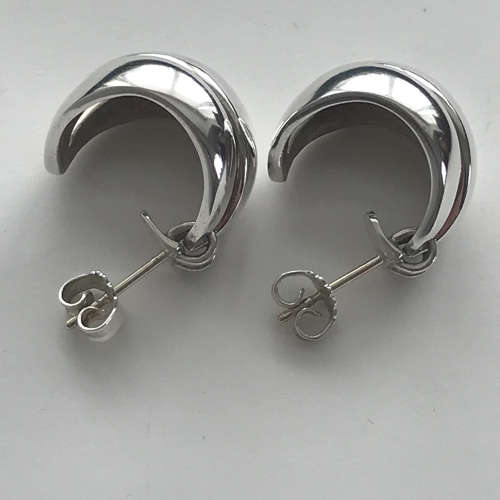 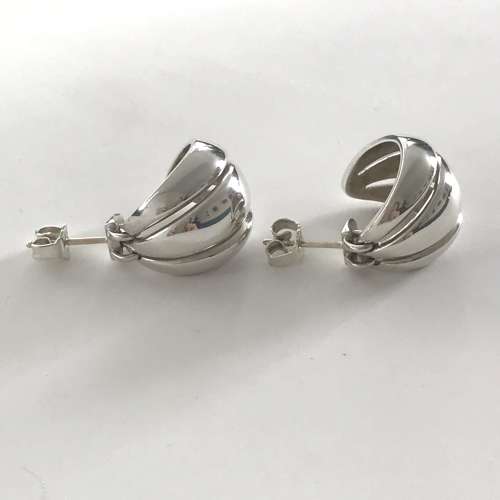 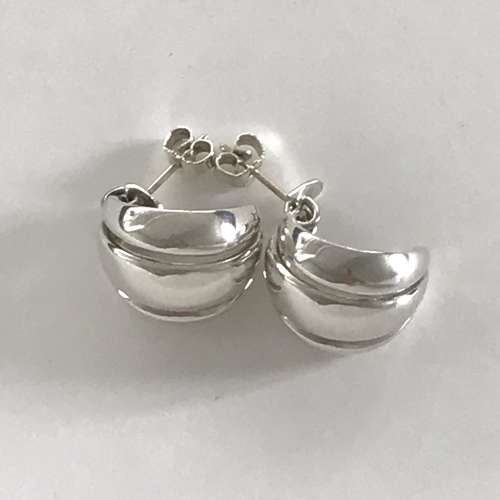 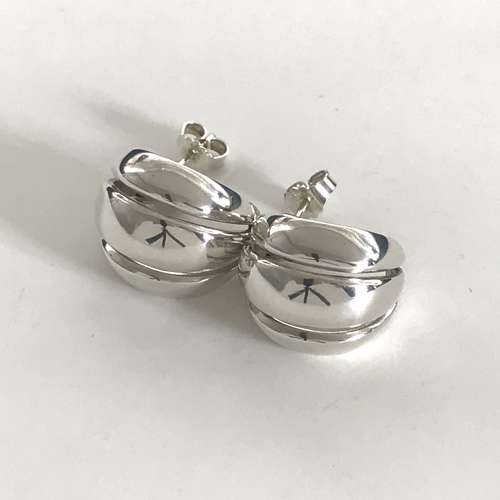 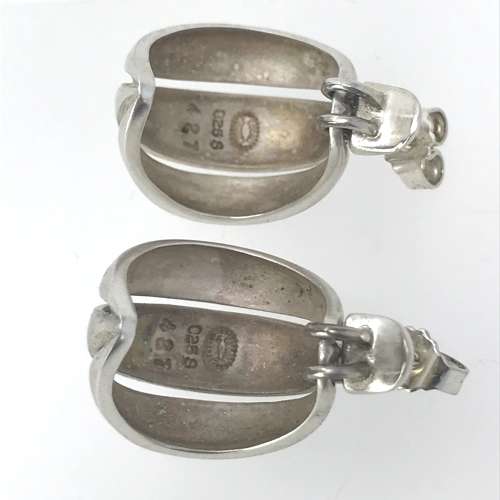 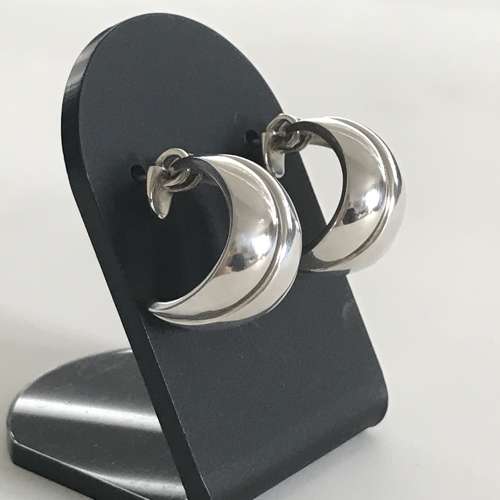 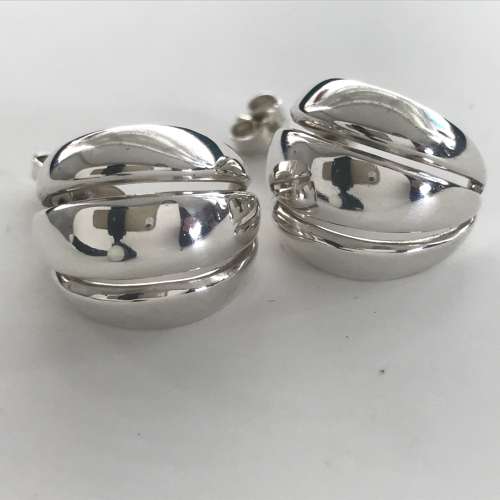 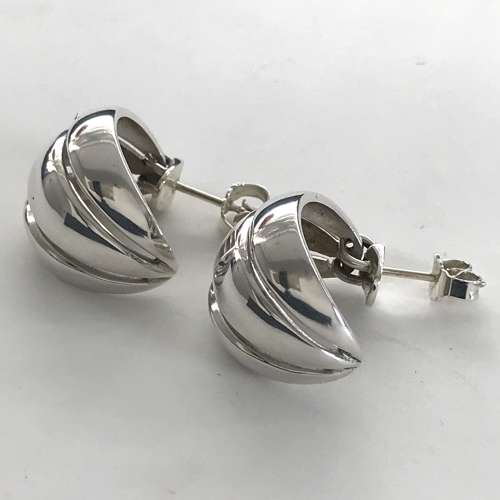 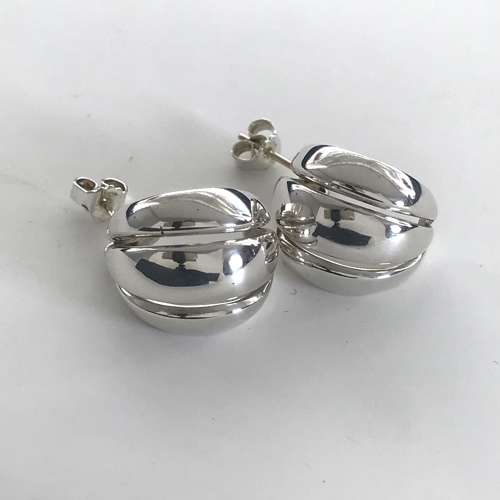 These kinetic earrings for pierced ears are in the 'Melon' design by Regitze Overgaard for Georg Jensen, Denmark. There is a discrete hinge at the top which allows the earring to move.

These earrings are in exellent condition and are stamped with the Georg Jensen dotted oval, 925S 427 (model number).

Regitze Overgaard graduated as a goldsmith from the Copenhagen School of Arts and Crafts in 1973 and went on to establish her own workshop in Copenhagen. Sh has collaborated with  Andreas Mikkelsen,  Buch & Deichmann and Royal Copenhagen. She began working for for Georg Jensen in 1987, designing several collections, and from 2010-2014 she was Head of Design.