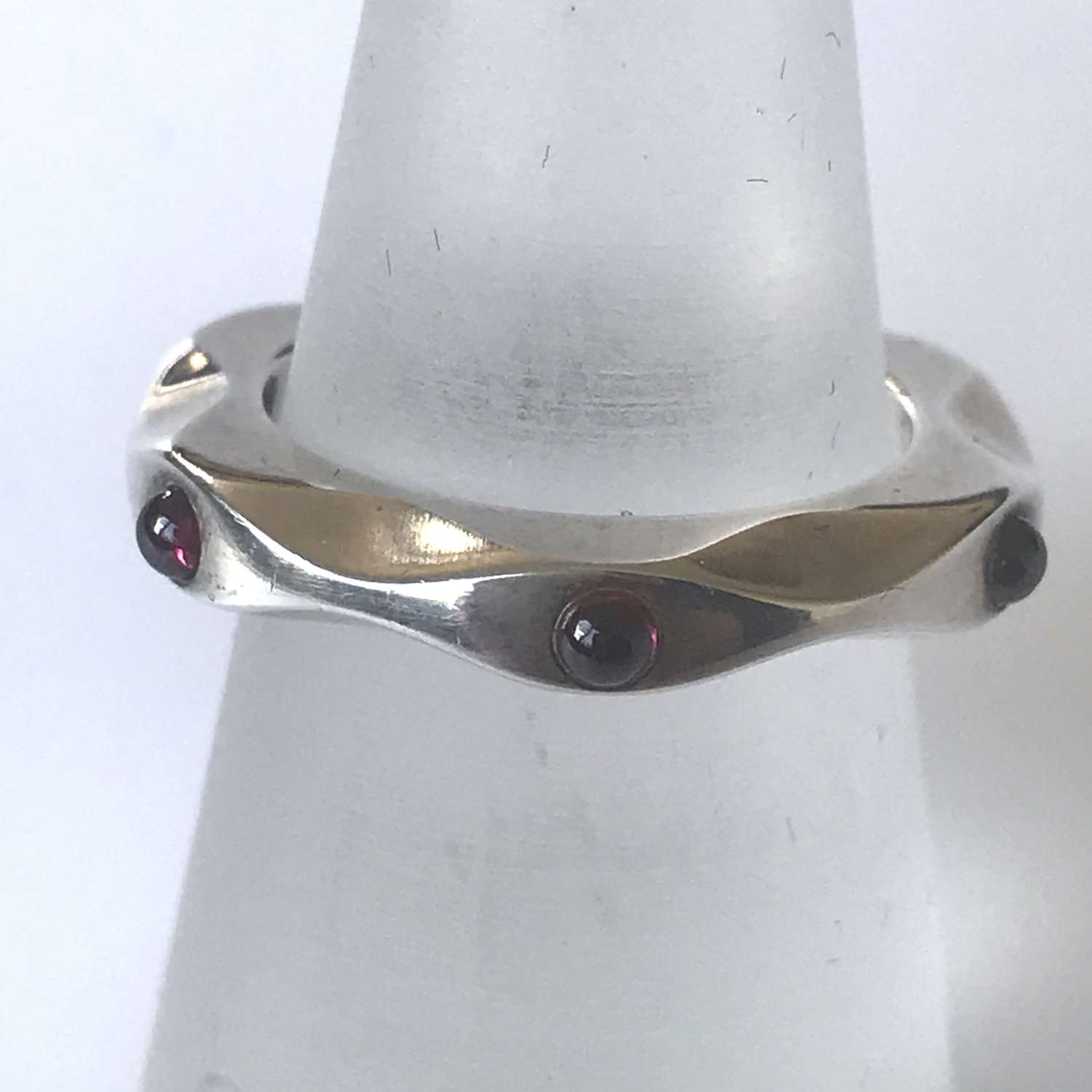 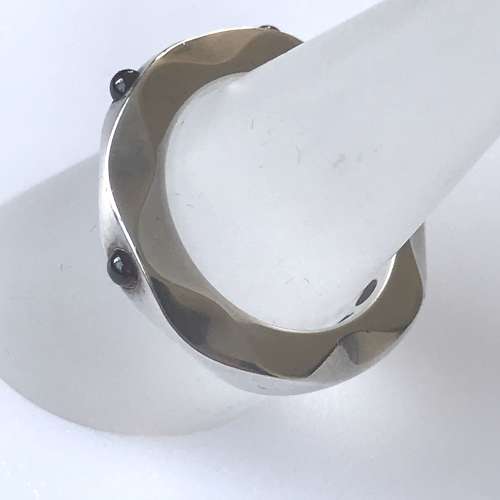 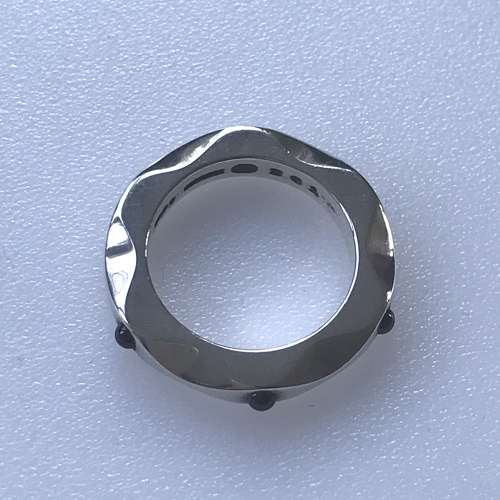 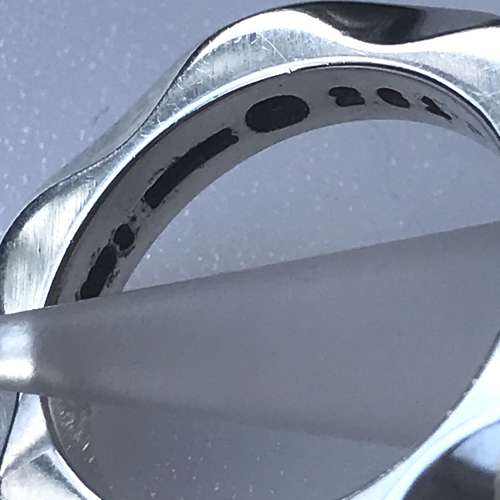 This very stylish Mirror ring, designed for Georg Jensen by Maria Berntsen in the 2000s, is set with three tiny garnet cabochons. It is size O (c 54.5 mm inside circumference).

It is marked with the design number 261, 925S, Denmark, and the Georg Jensen dotted oval.

Maria Berntsen studied architecture in Denmark and France. In 1992 she opened her own workshop and has designed lamps, jewellery and other items for companies including Holmegaard and Georg Jensen.