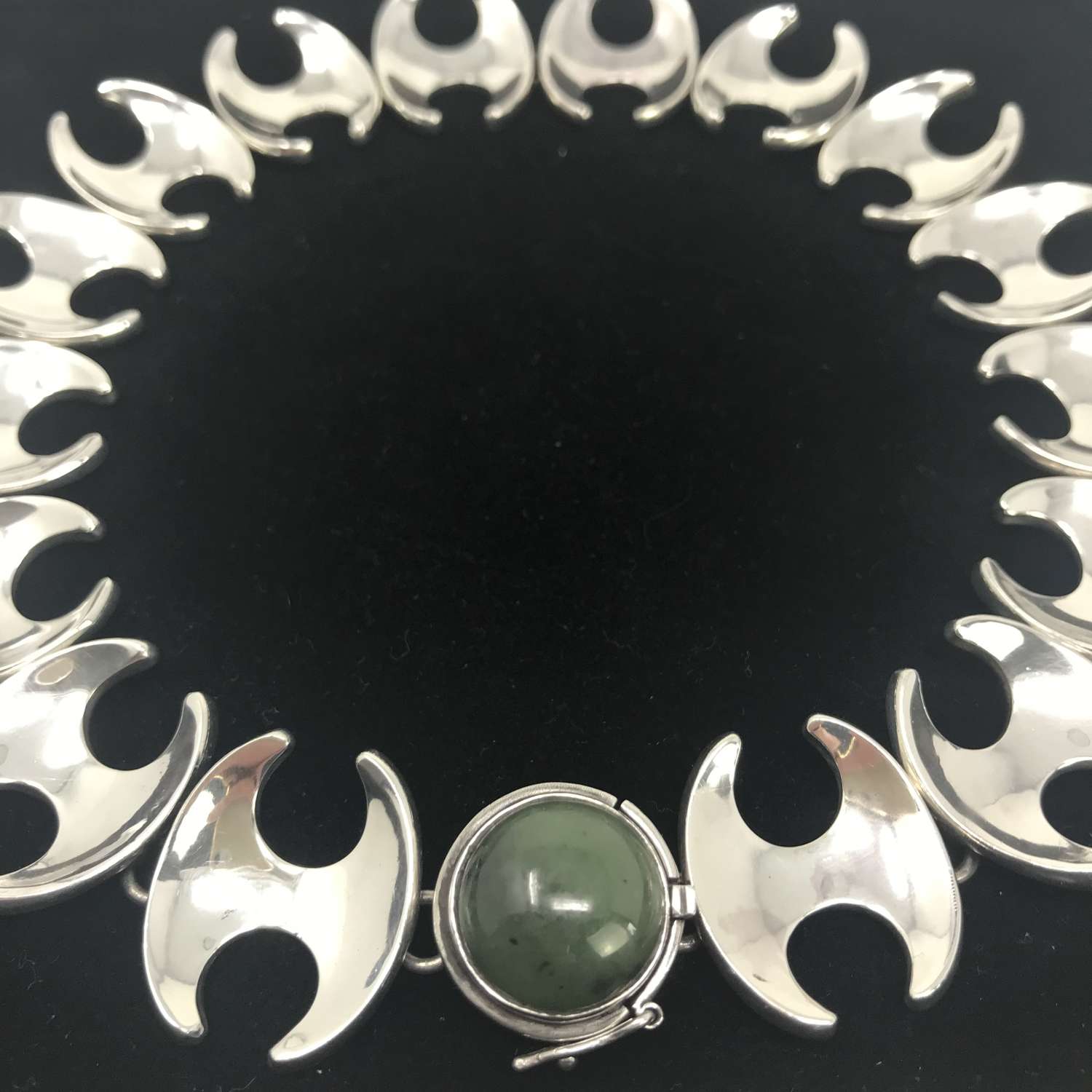 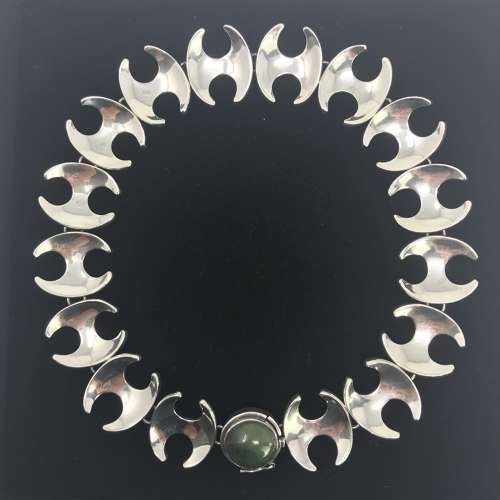 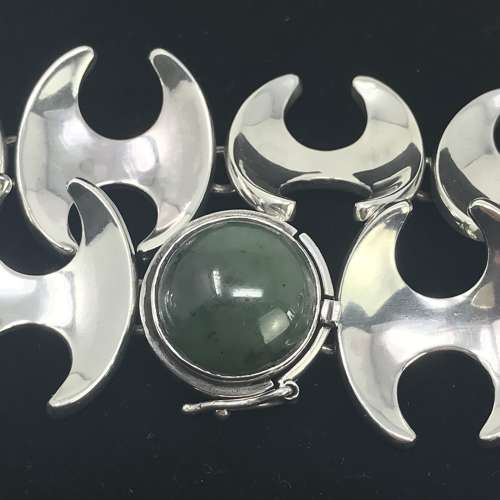 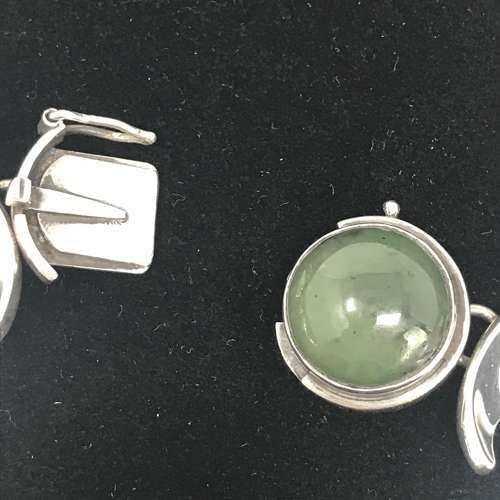 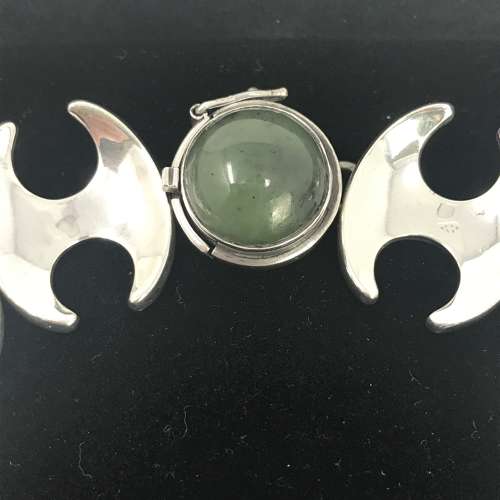 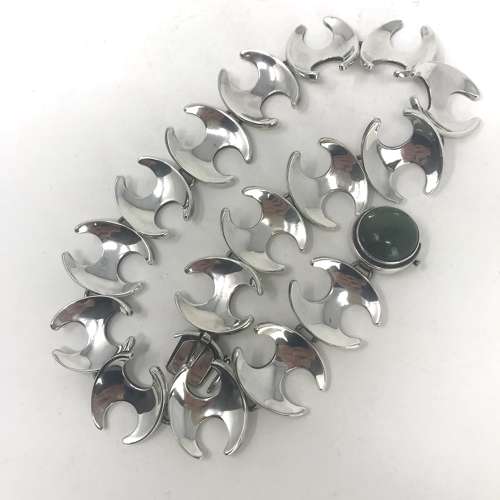 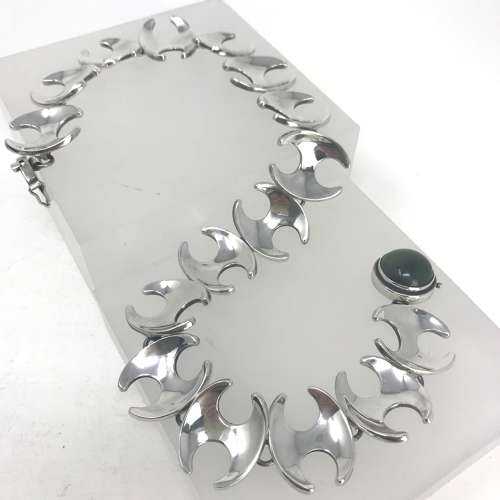 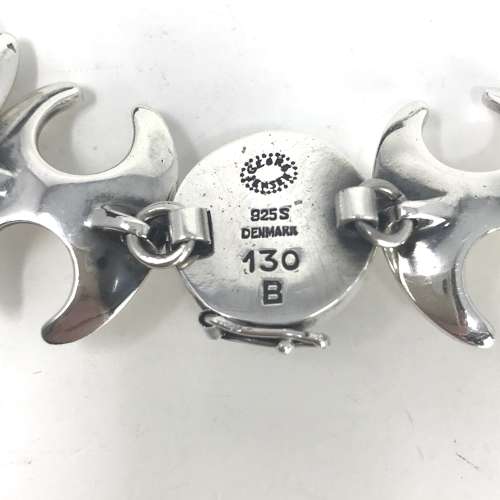 This fabulous modernist Georg Jensen necklace was designed by Henning Koppel in the 1950s. It's quite a statement piece! The clasp has a cabochon of jade (nephrite) with c1.5cm diameter.