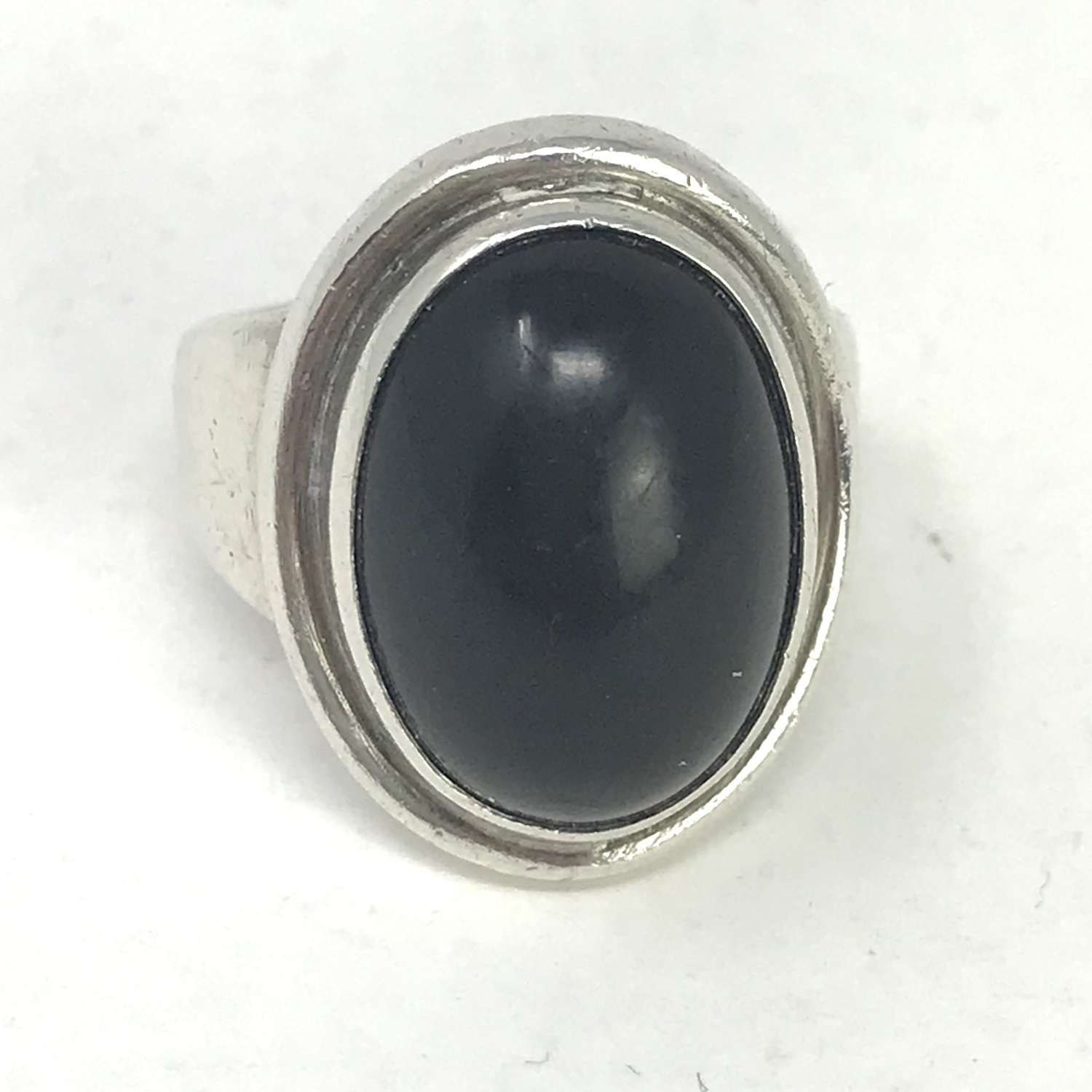 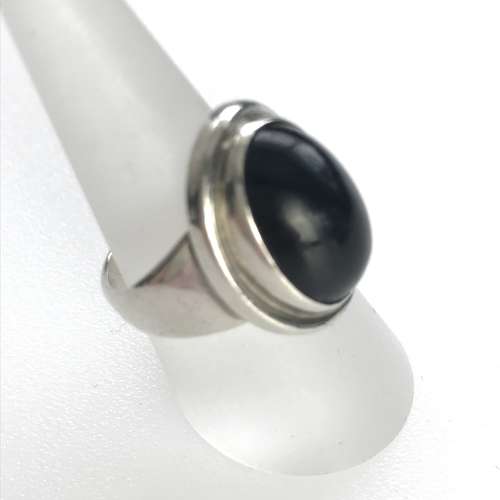 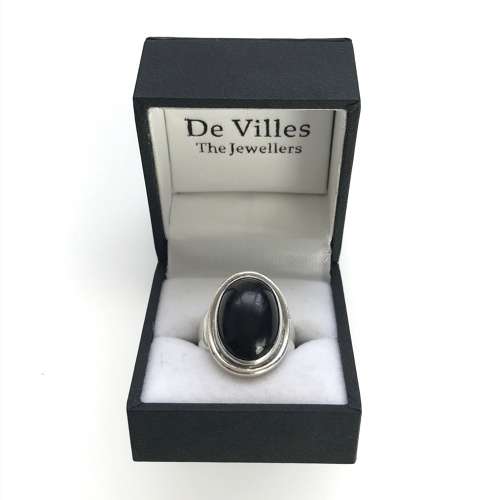 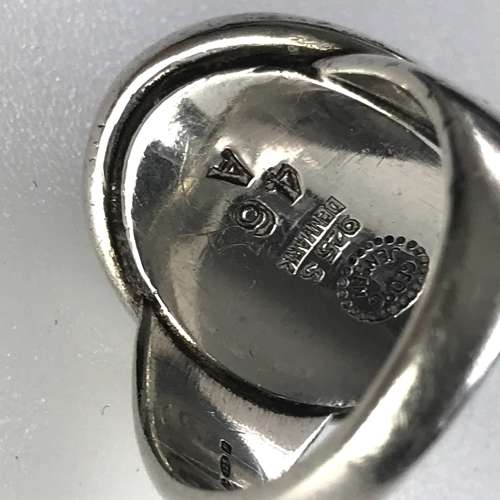 This Georg Jensen ring, designed by Harald Nielsen in the 1930s, has deep shoulders and is set with an oval onyx cabochon. It is simple and stylish and could be worn by a man or a woman. The ring size is N/ 53.

This ring is in very good used condition with no dents or scratches. It is marked with the post-1945 dotted oval for Georg Jensen,  925S Denmark 46A.

Harald Nielsen (1892-1977) was Georg Jensen's brother-in-law. He started as an apprentice in 1909 and worked his way up in the company to artistic director from 1958-62. He interpreted Jensen's and Rohde's designs into precise drawings for the silversmiths to work from. Following Georg Jensen’s death in 1935, Nielsen recruited talented designers and silversmiths to continue the high quality work for which the Georg Jensen company is famous. Nielsen also designed many pieces of jewellery and hollow-ware.