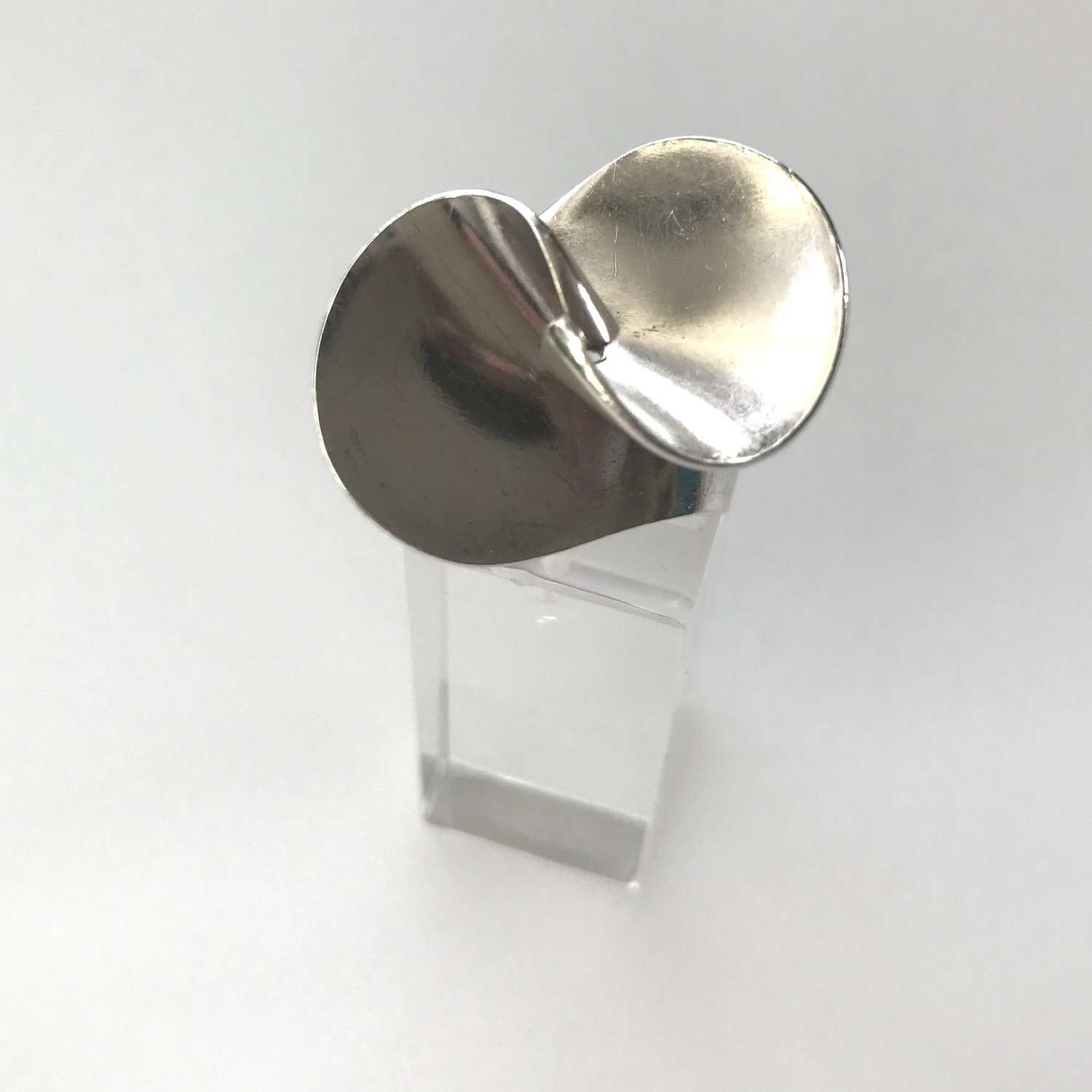 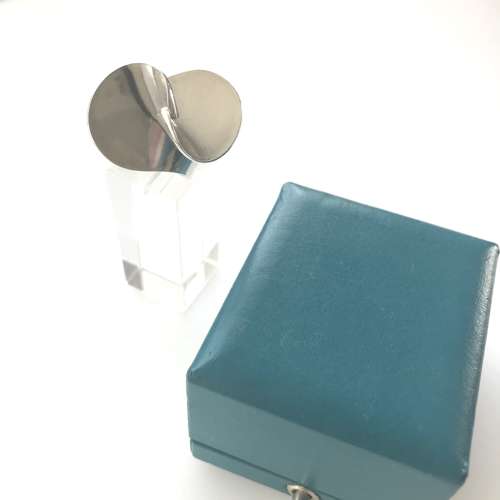 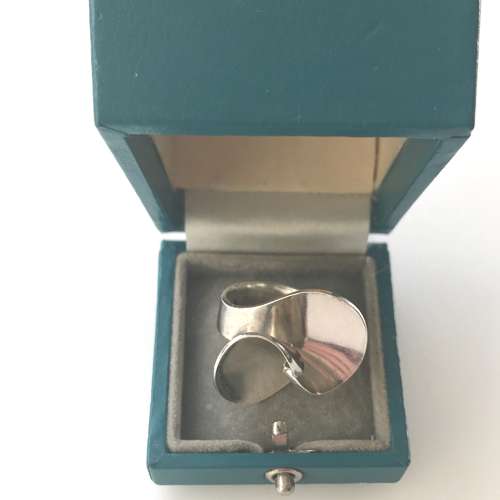 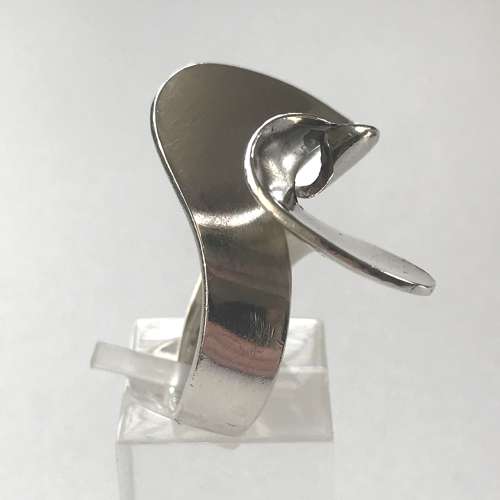 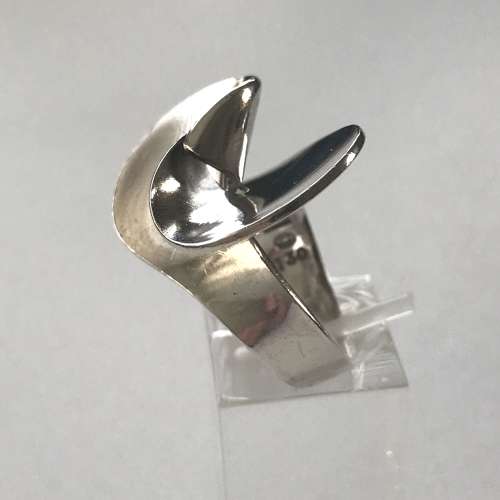 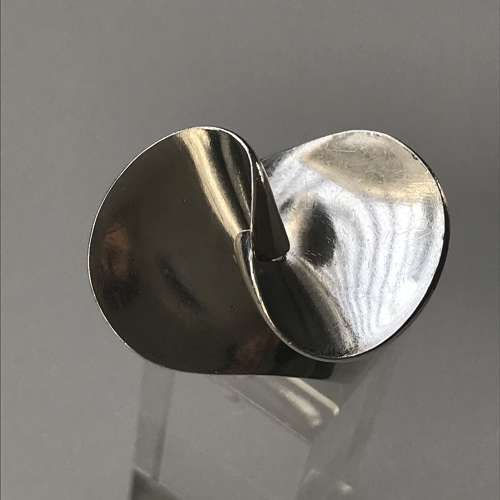 This beautiful silver ring, model no. 130, was designed for Georg Jensen by Ibe Dahlquist. In addition to the Georg Jensen logo, Denmark 925S and model number marks, it bears the London import marks for 1968 for Georg Jensen Ltd. It is in excellent used condition. It comes with its original box, which is unfortunately broken.

Inga-Britt (Ibe) Dahlquist (1924-96) studied at the Swedish School of Arts, Crafts and Design in Stockholm, before opening her silver workshop in Visby where she worked for almost 30 years, mainly as a designer, with silversmith Olof Barve. She worked for George Jensen from 1965.

Ibe Dahlquist has had many exhibitions, and examples of her work may be found in Goldsmith's Hall, London as well as many Swedish museums