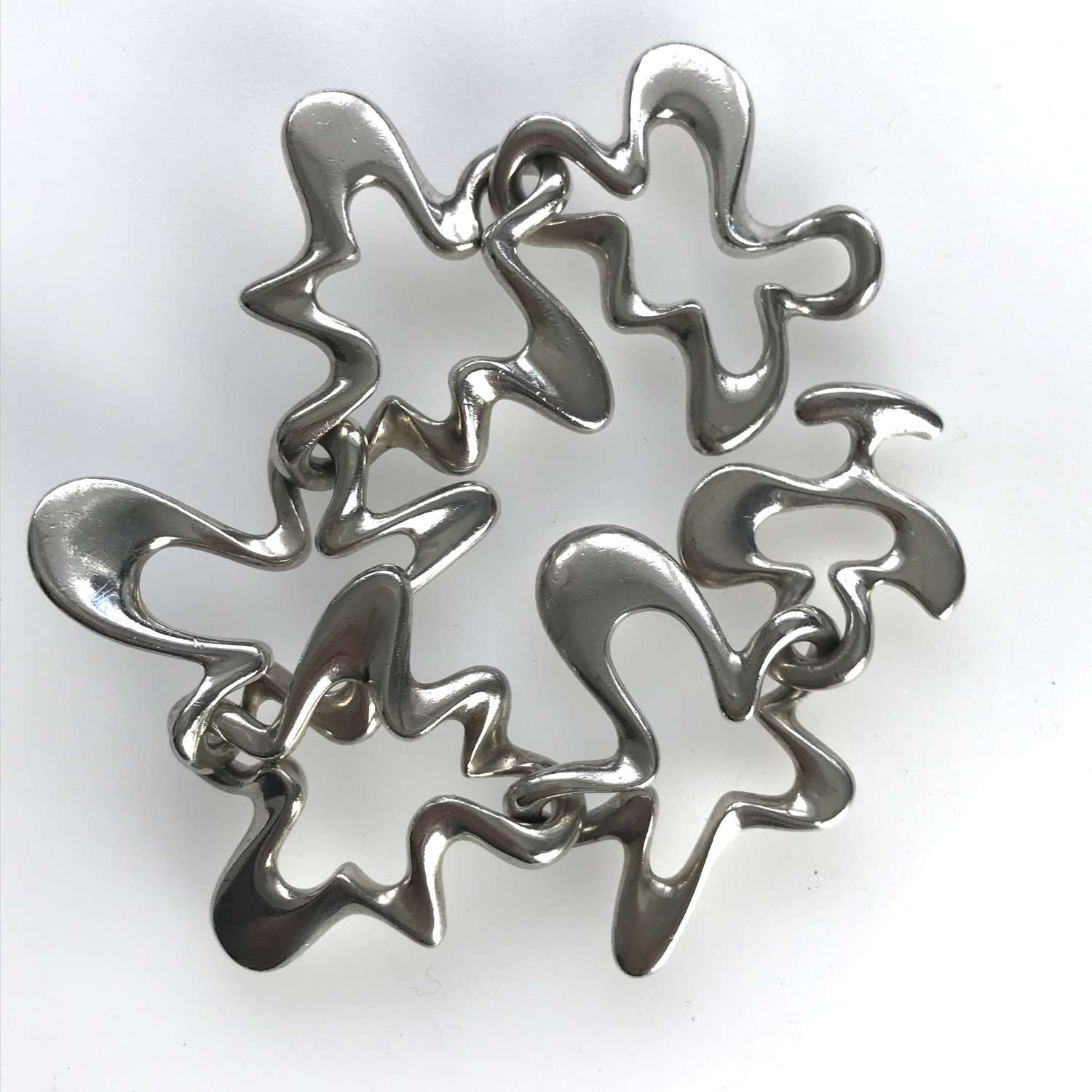 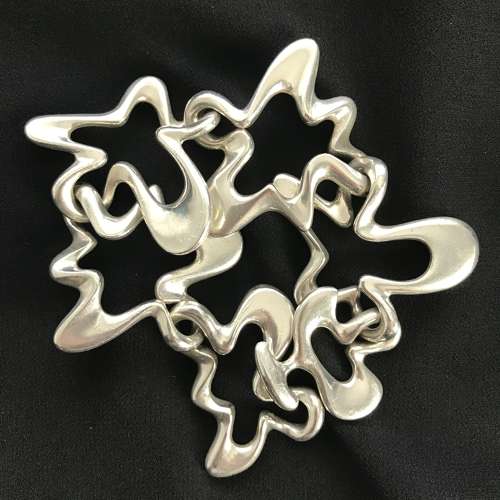 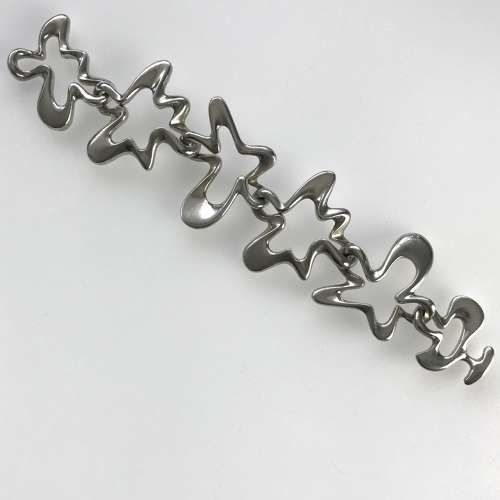 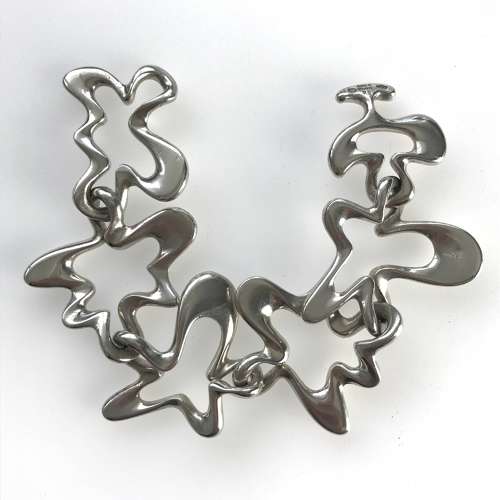 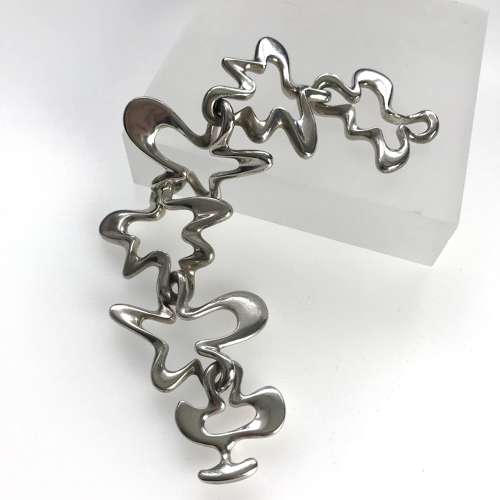 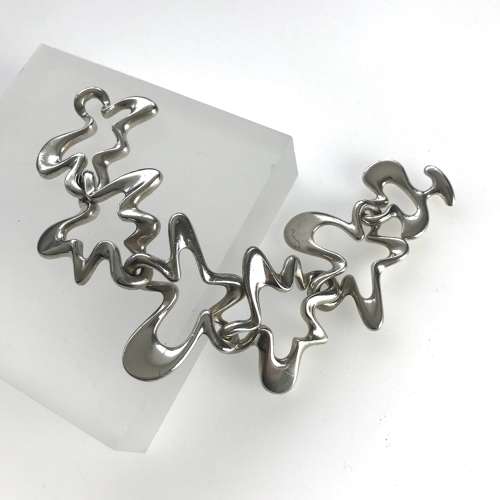 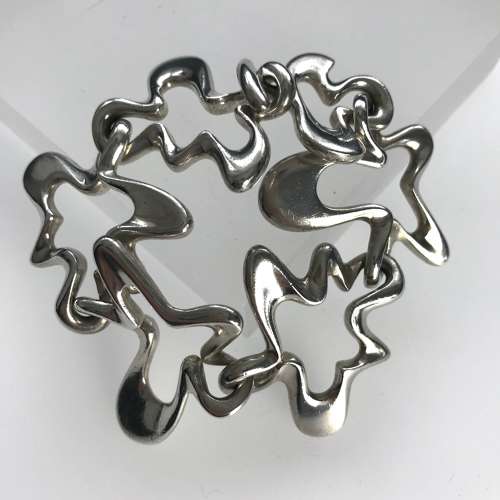 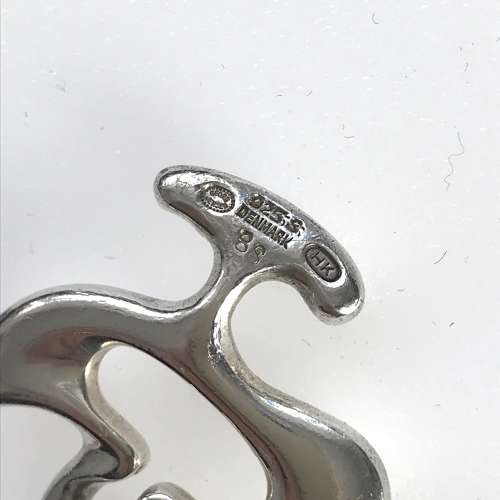 This fabulous 'Splash' bracelet is arguably the most iconic design by Henning Koppel for Georg Jensen! Designed in 1946, this bracelet is the earlier version — #88 — later versions are numbered 88A and 88B. It comprises six freeform links with total length of c 20cm and width of up to c 4.5 cm. Despite this, because of the thickness of the links and the style of fastener, it is suitable for a wrist size of approximately 17 cm.

This bracelet weighs 99g and is stamped as Sterling silver. It bears the Georg Jensen logo for post-1945, model number 88, 925S Denmark and the designer's initials 'HK'.