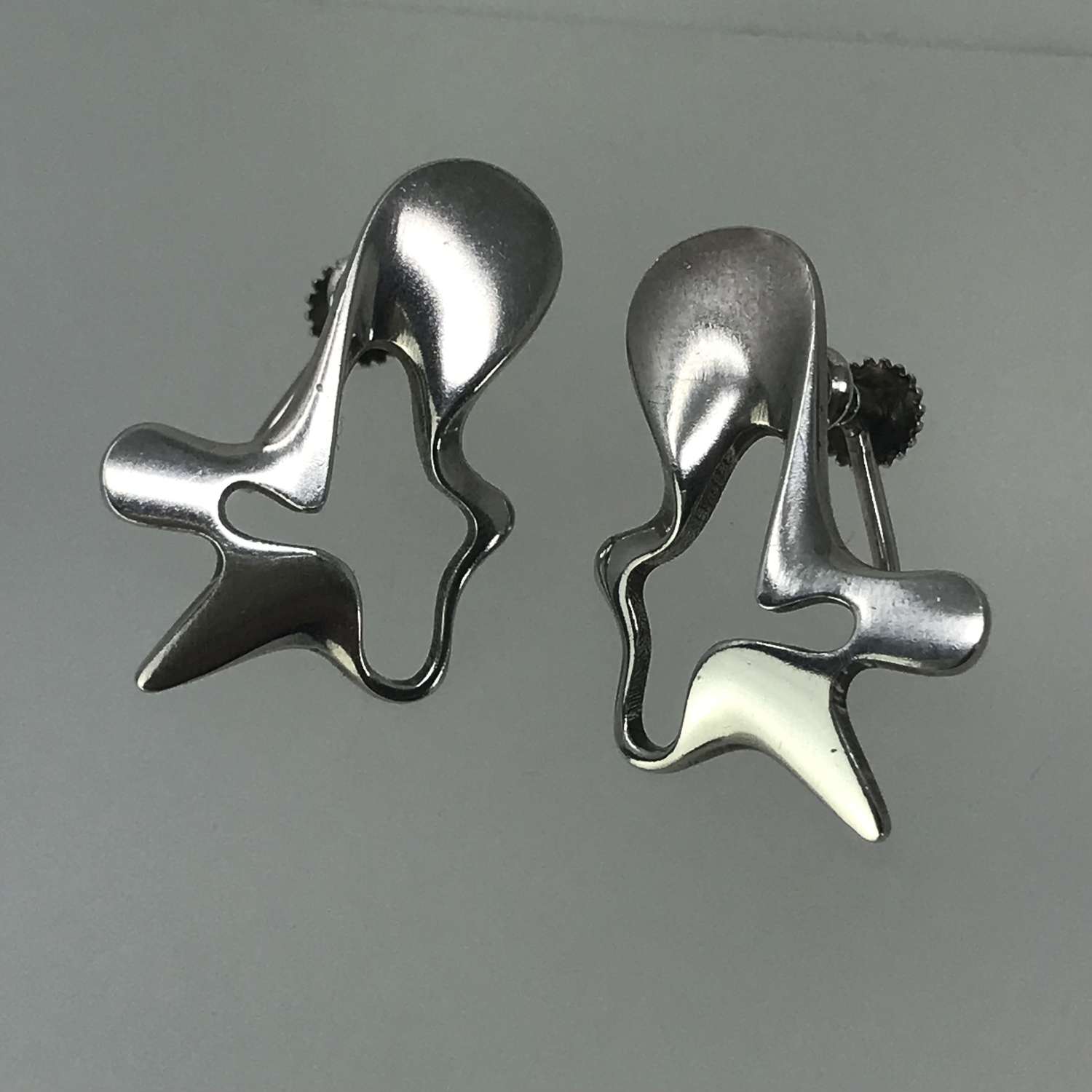 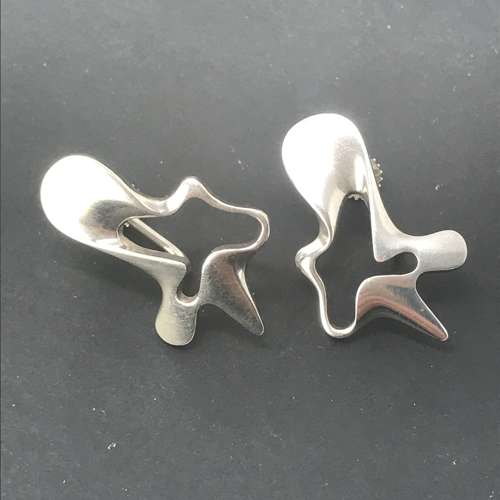 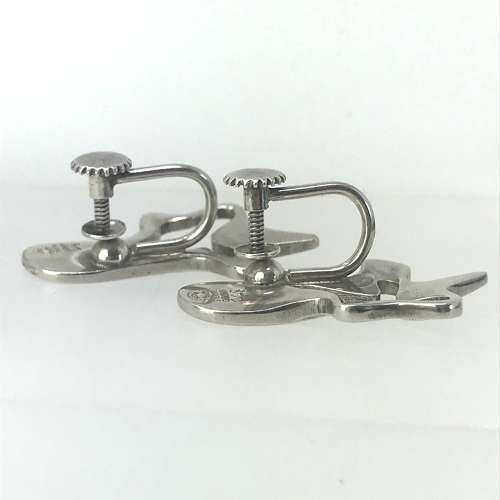 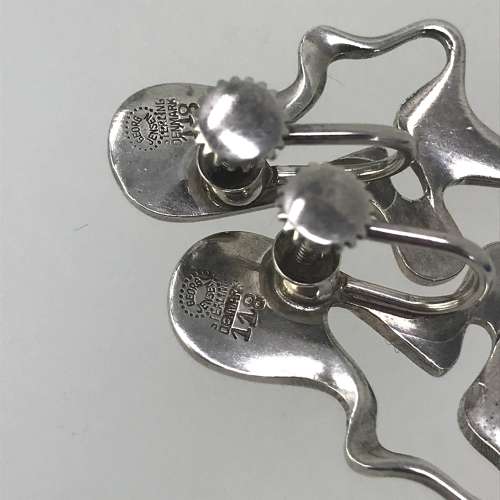 Henning Koppel designed these beautiful 'Splash' earrings for Georg Jensen, Denmark, in the 1950s. They have a screw fitting and are in excellent condition. They are stamped with the Georg Jensen dotted oval, 118 (model number) and Sterling.