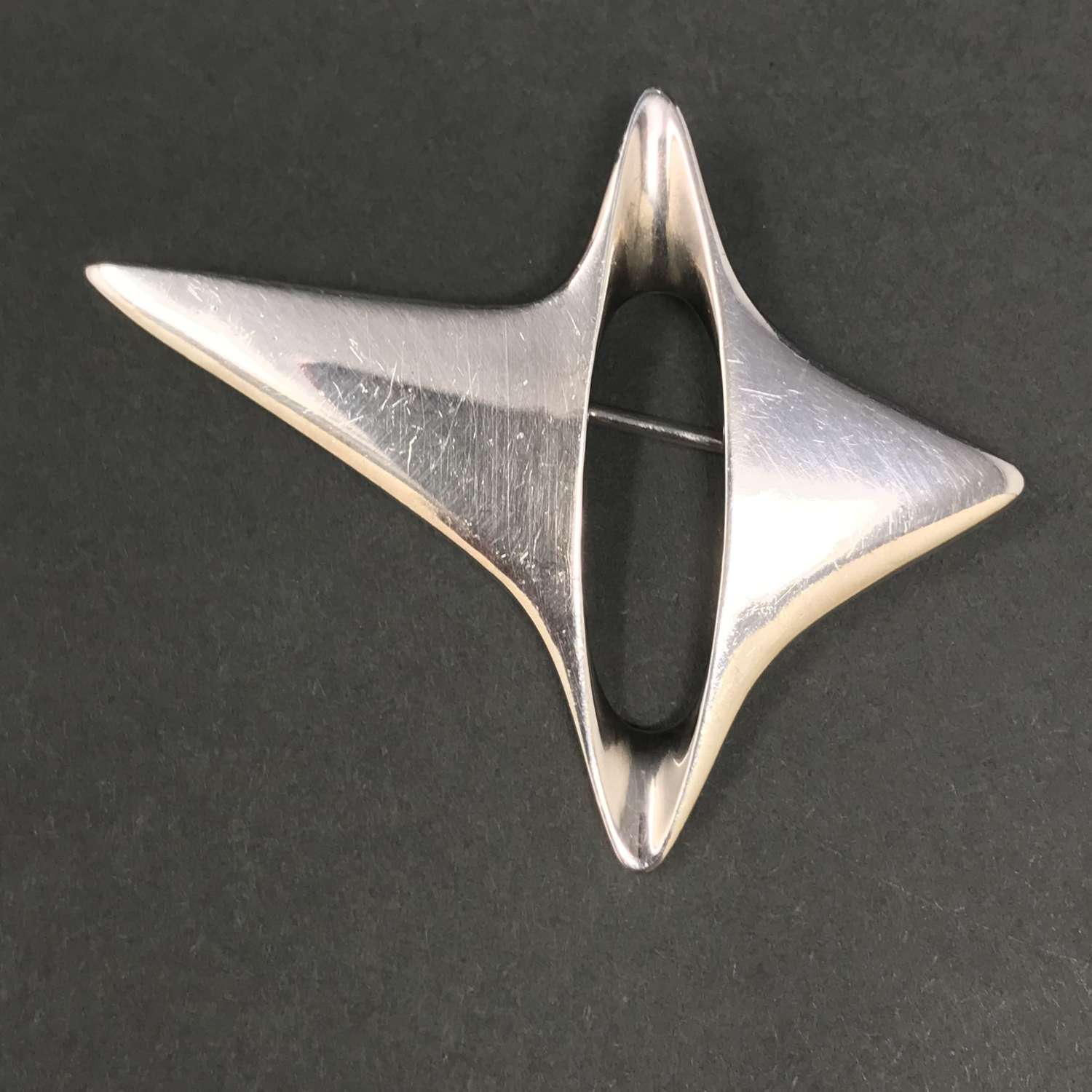 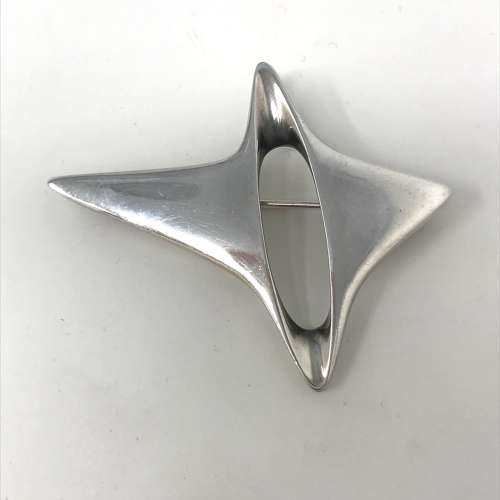 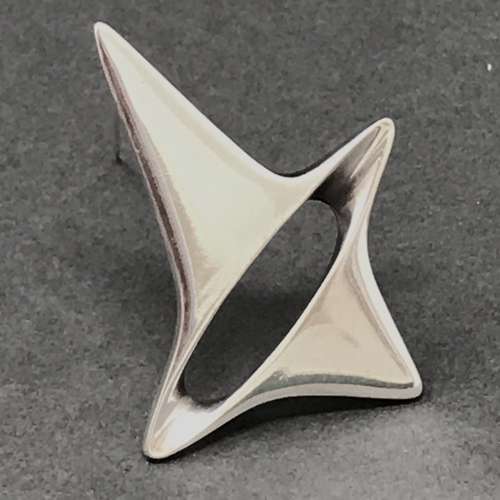 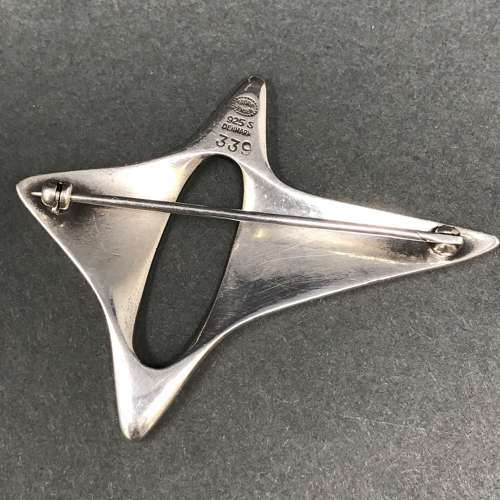 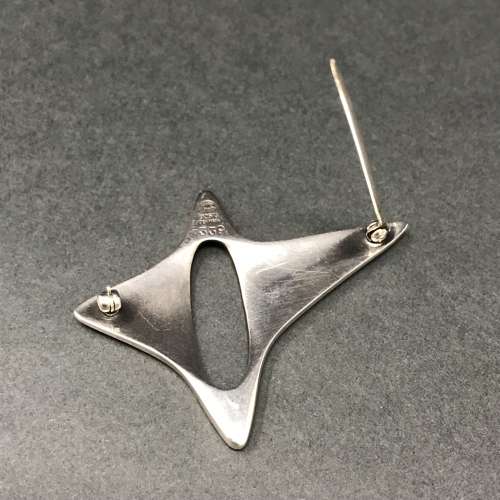 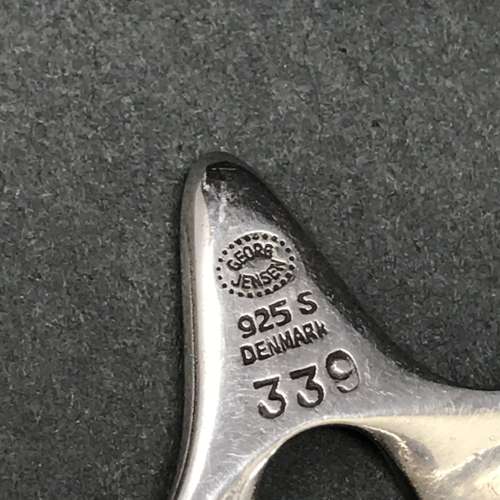 This brooch was designed by Henning Koppel for Georg Jensen. It has a sleek star design, model 339. It bears the Geog Jensen mark for post 1944, the model number, 925S (Sterling silver grade), Denmark. It is in excellent vintage condition.