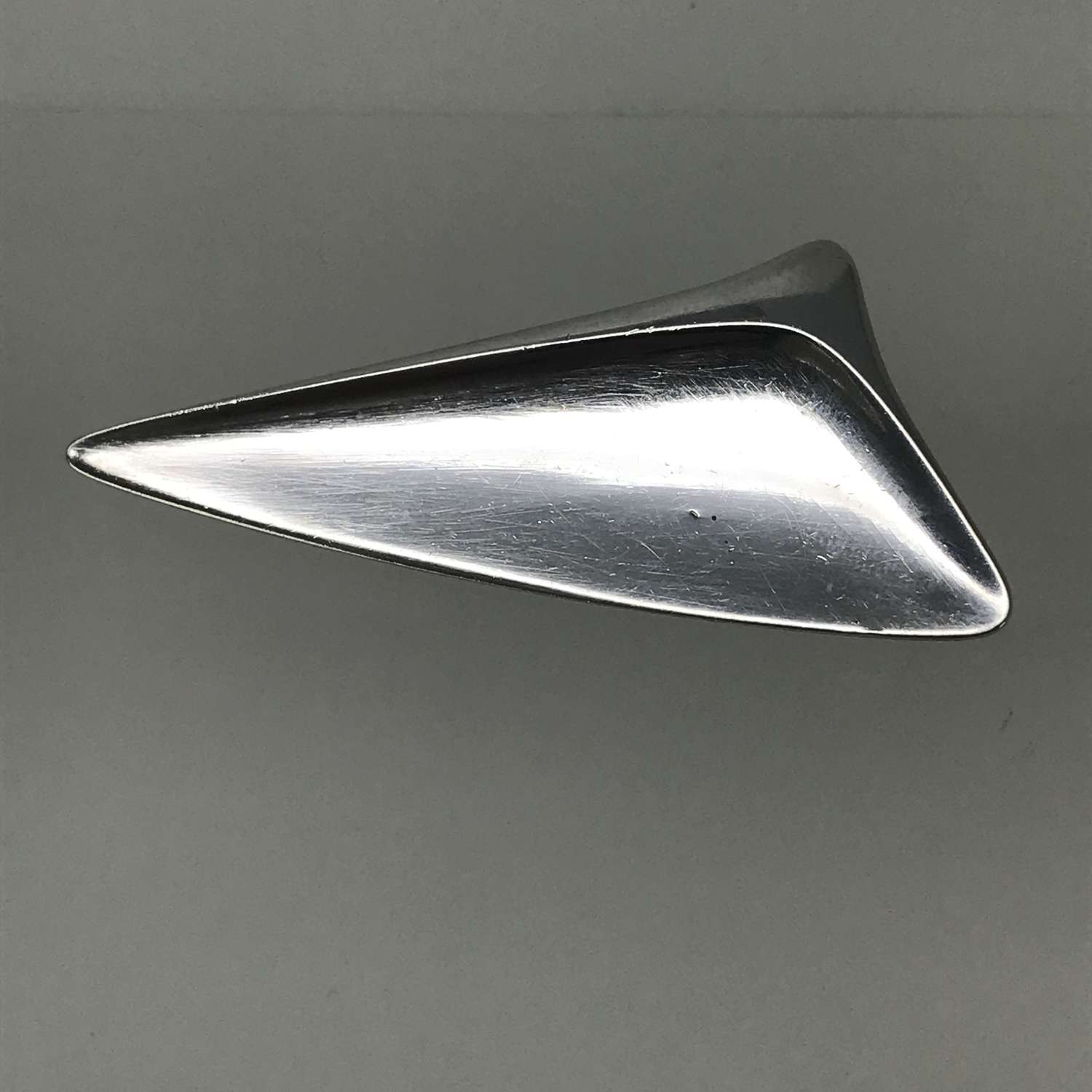 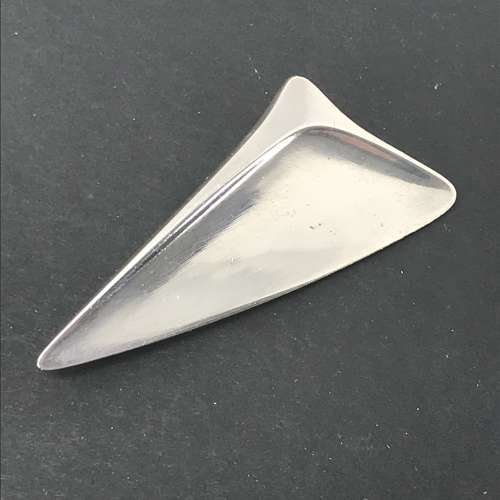 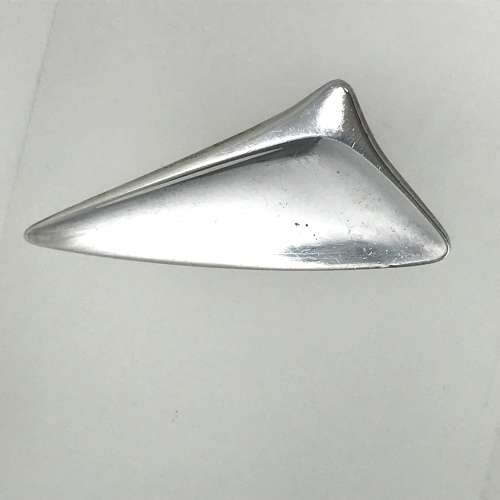 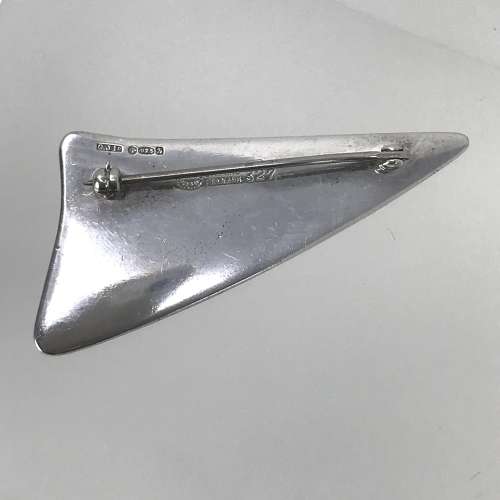 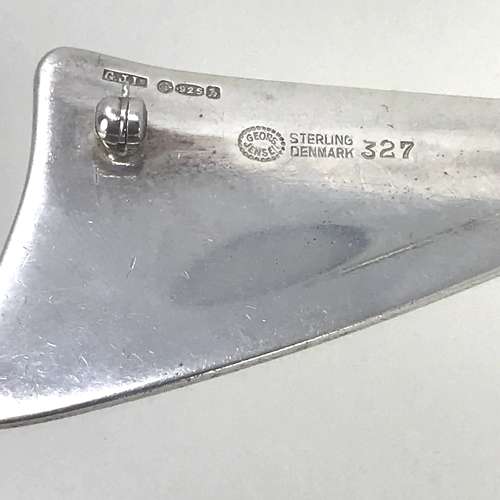 Triangular, or sail, brooch no 327. designed by Henning Koppel for Georg Jensen, Denmark, in the mid-1950s. The brooch measures approximately 60mm and the gross weight is 20g. It is is excellent vintage condition with only minor signs of use.

It is marked with the Georg Jensen dotted oval Sterling Denmark 327. It also bears the G.J Ld London import marks including the year mark for 1963.