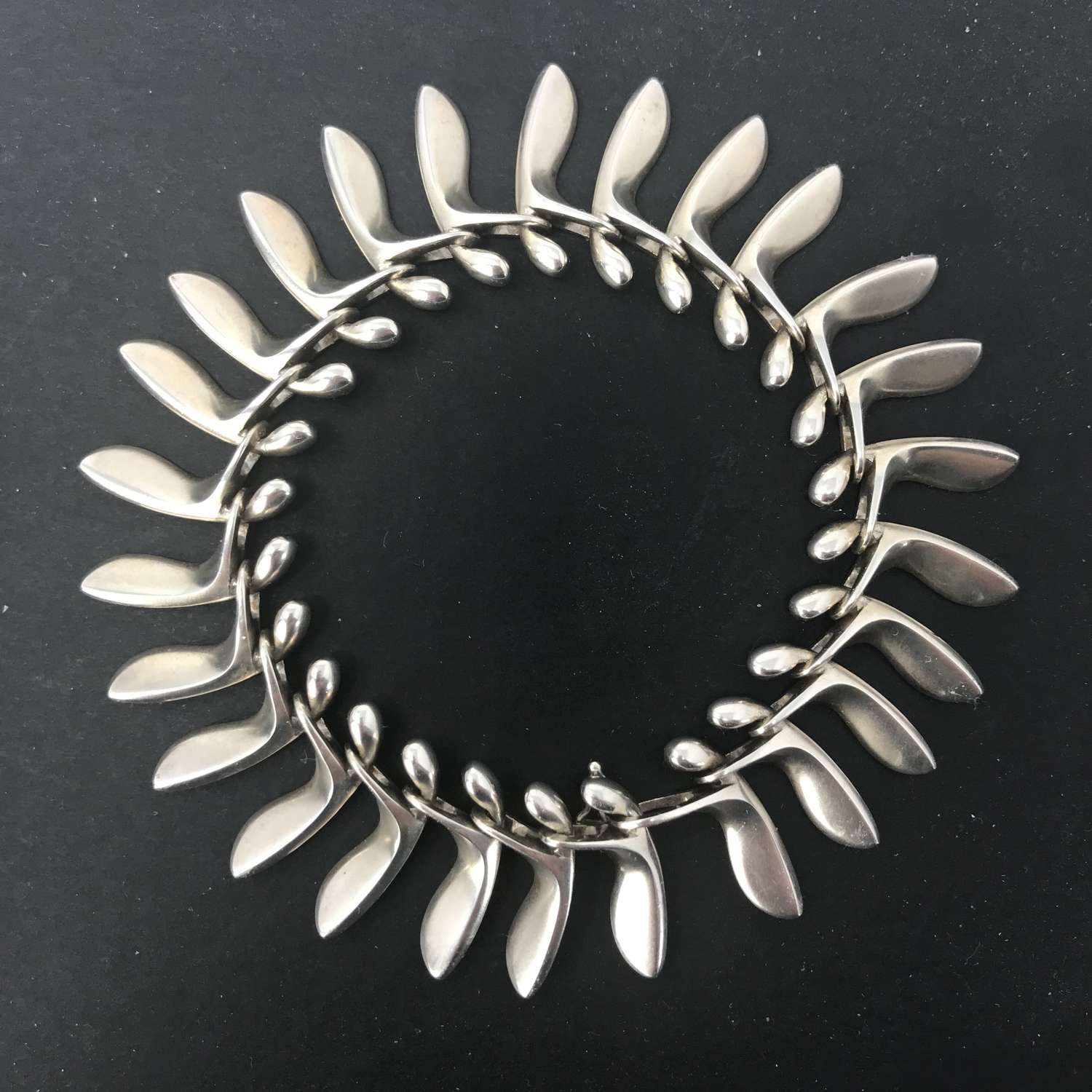 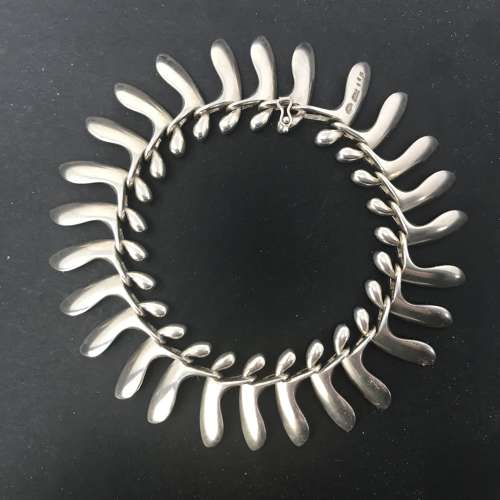 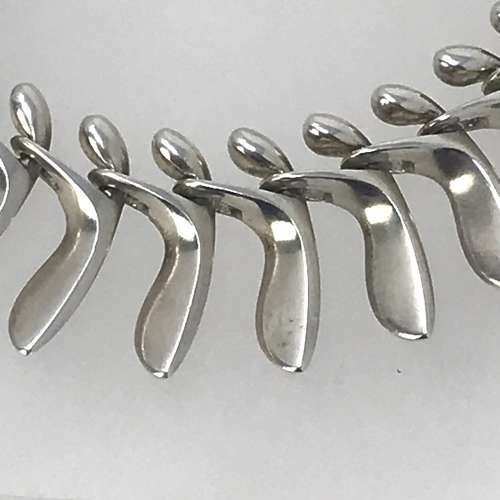 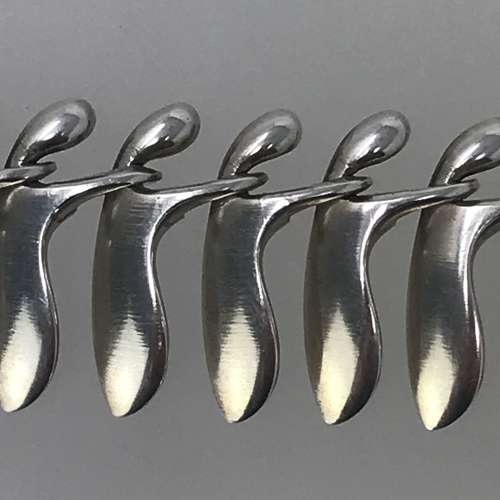 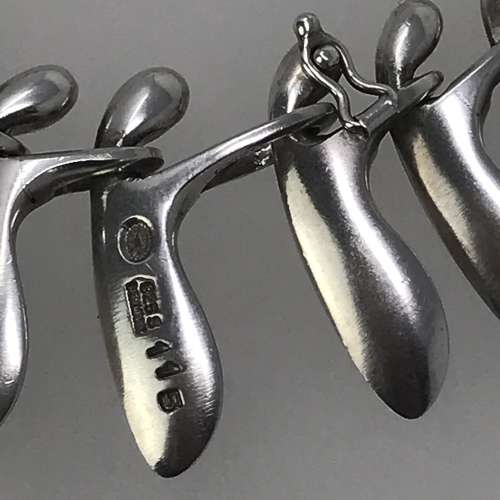 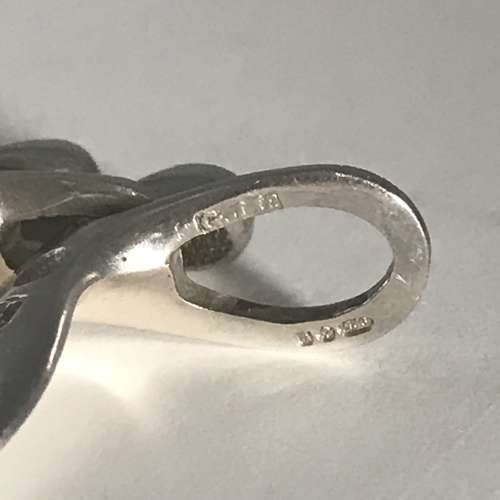 The bracelet is fully hallmarked with G.J Ld, London import mark, 925, y (for 1998). It also has the maker's mark of the Georg Jensen dotted oval 925S Denmark 115. It is in excellent condition.