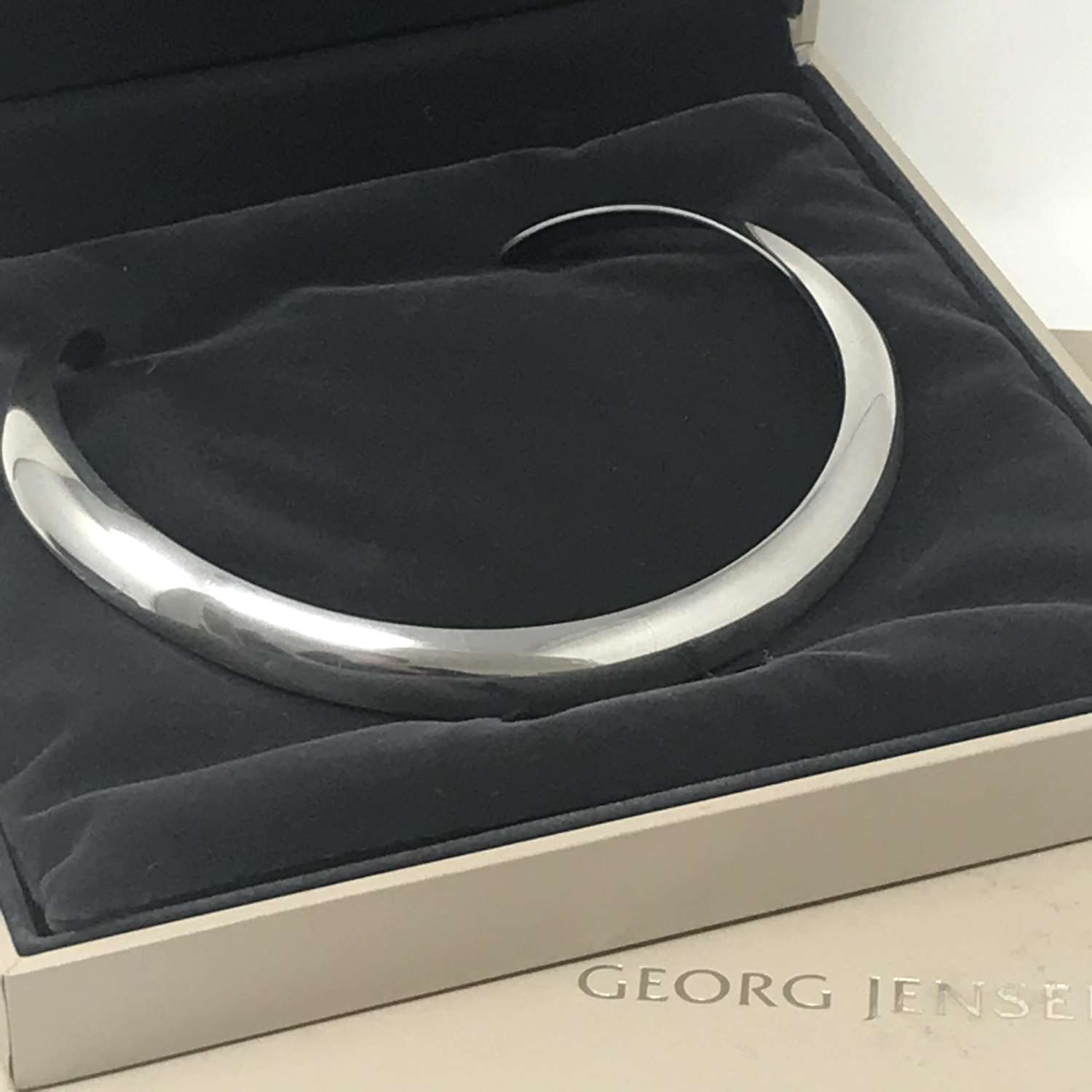 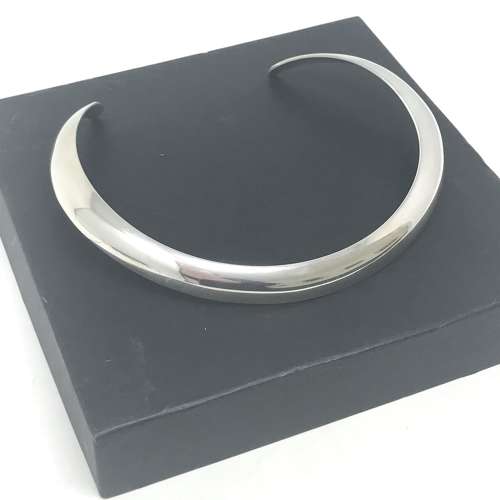 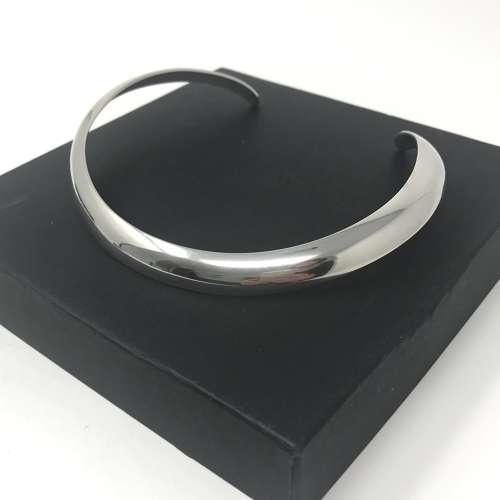 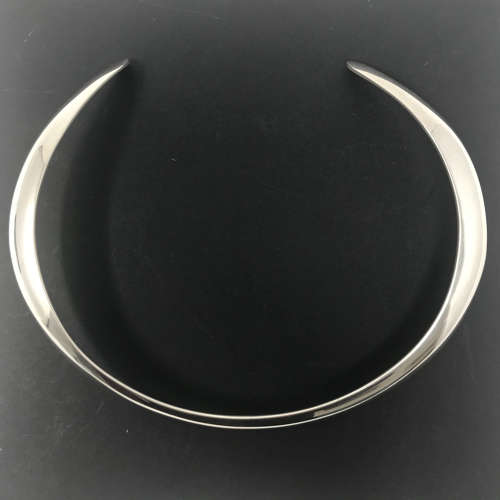 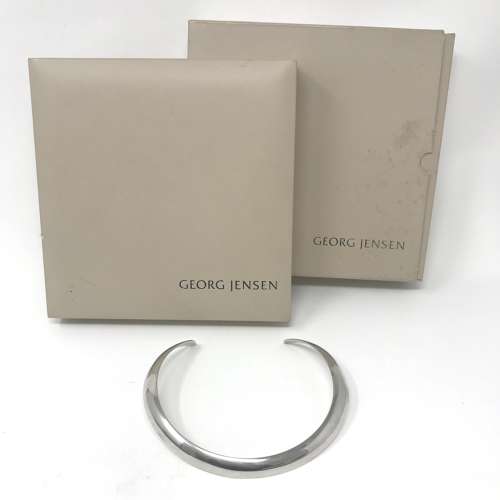 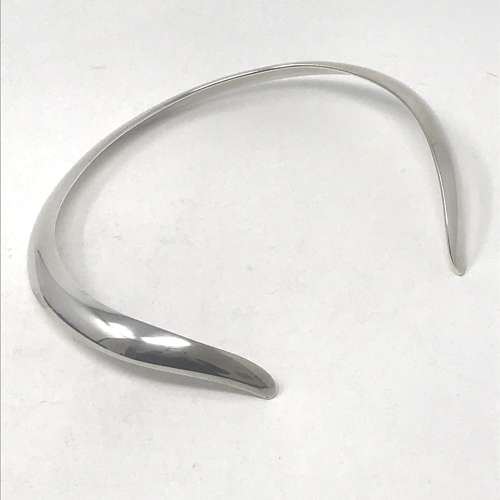 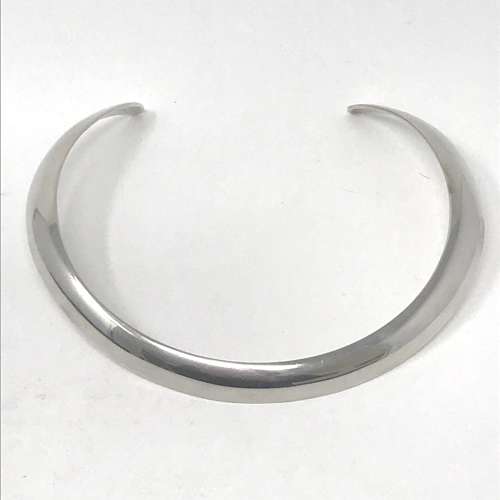 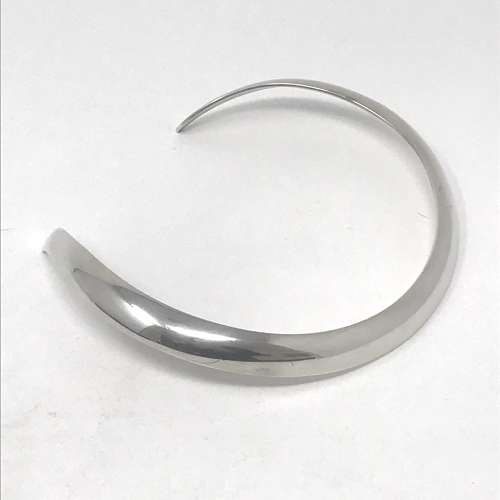 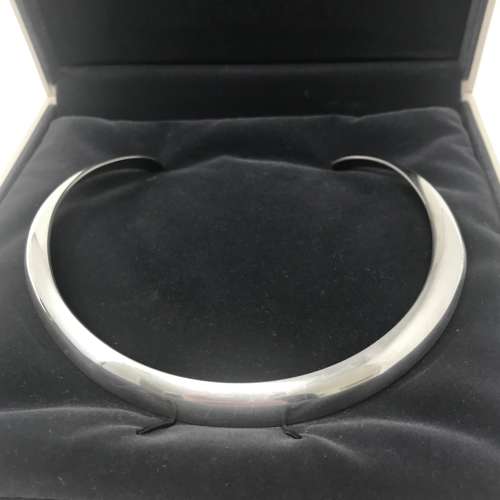 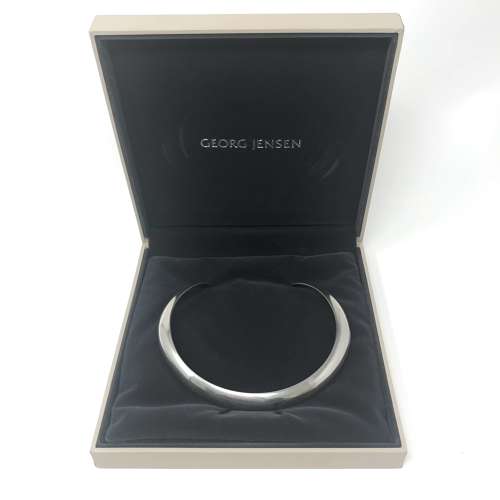 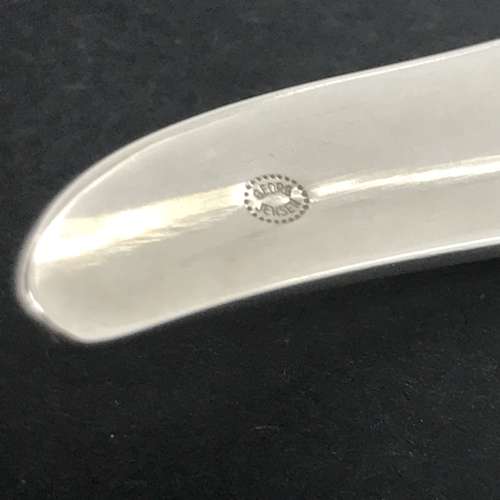 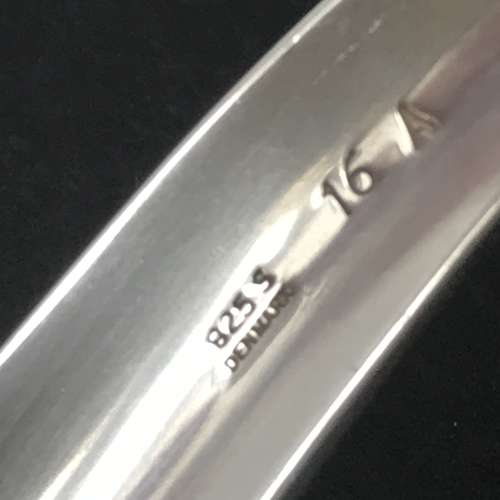 Elegant and simple neck ring/ torque designed by Ove Wendt for Georg Jensen, Denmark c 1970s and this is typical of his style. The internal diameter of this torque is 11 cm and the depth is c 12mm, tapering at the ends. 60g.

The torque bears the marks Georg Jensen logo, '16A', '925S' 'Denmark' and is in excellent vintage condition. It is sold with its original box.

Ove Wendt (1907-82), silversmith, has produced jewellery since the 1930s and had his own workshop in Copenhagen in 1959. He worked with Andreas Mikkelsen from 1970-78 and later designed jewellery for the Georg Jensen Silversmithy.