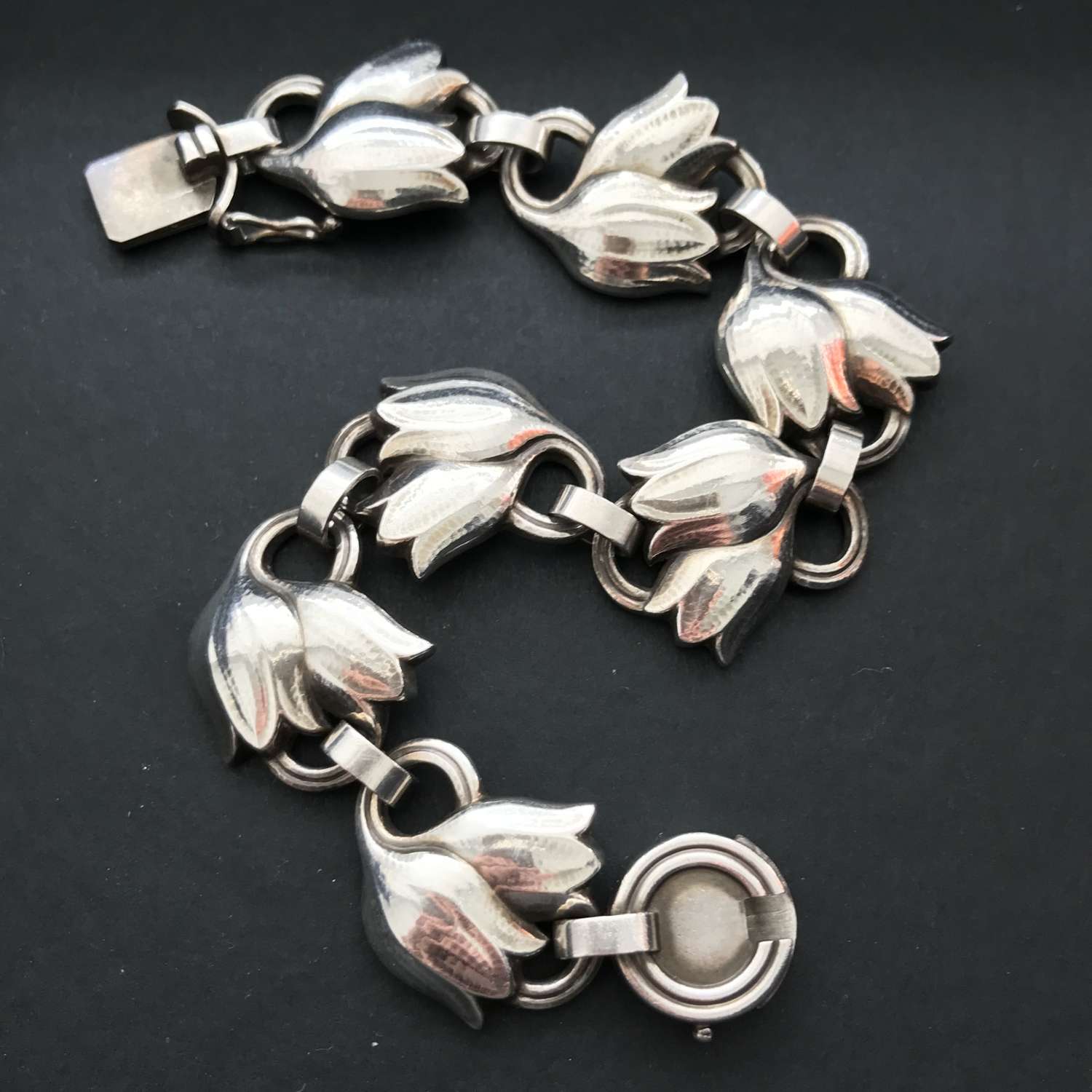 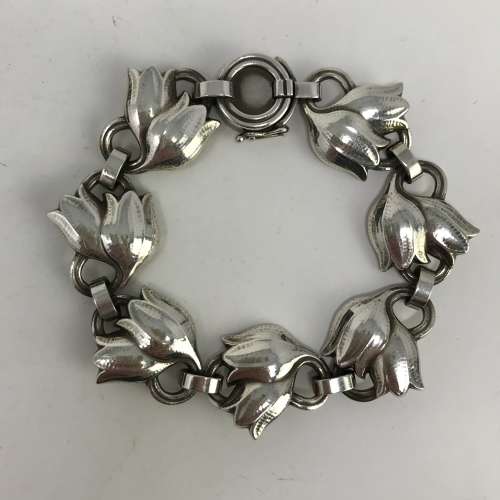 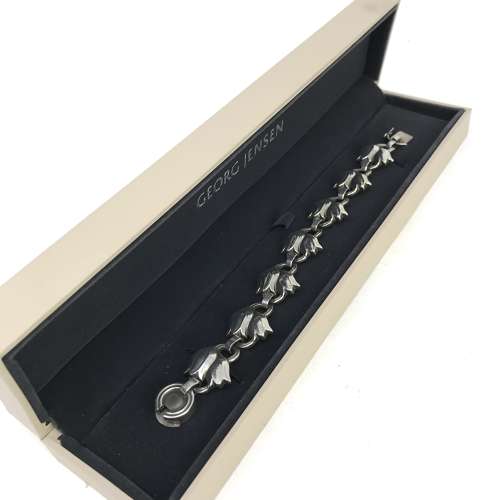 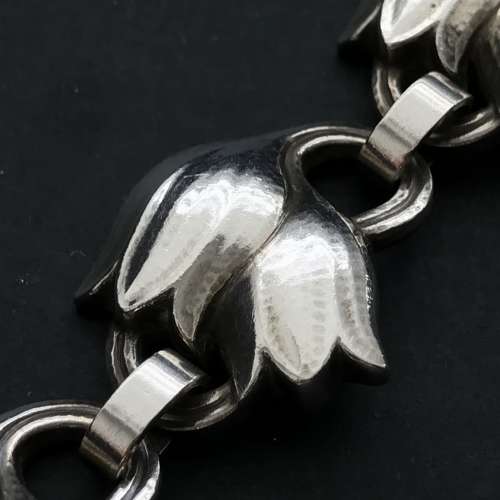 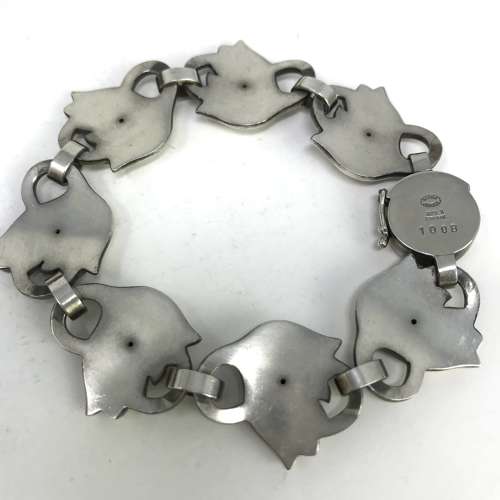 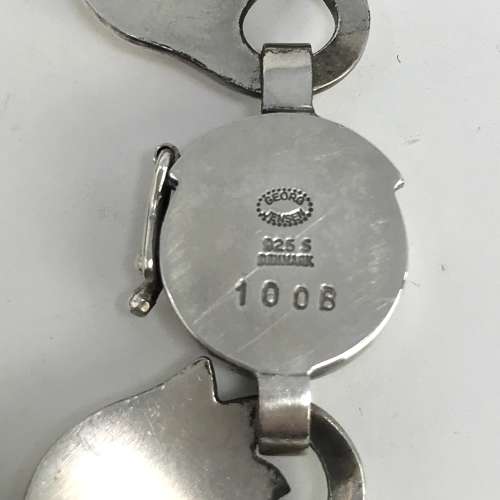 This beautiful silver bracelet, known as the Tulip bracelet, was designed by Georg Jensen in the 1930s. The design has seven links each with a pair of tulip flowers and circular links. The flower designs are subtly shaped and have a light texture. This particular piece was made after 1944. It has the Georg Jensen logo from that time, also 925S Denmark, and the model number 100B.

The bracelet is in excellent used condition and shows no significant signs of wear. The circular catch, which matches the design of the links, and the safety catch are in good order. With Georg Jensen box.