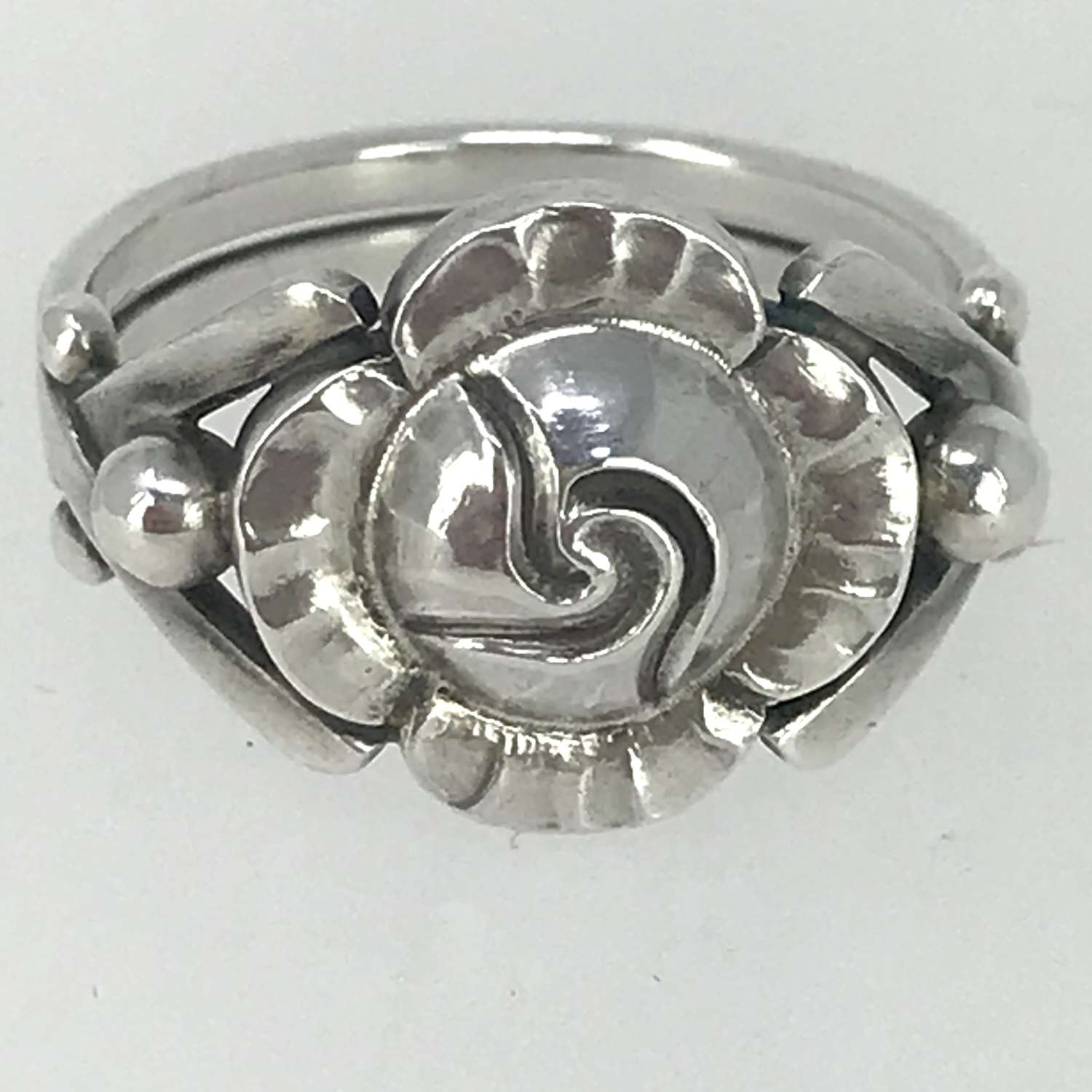 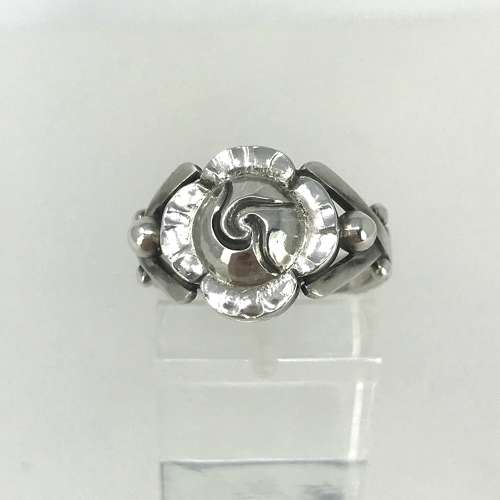 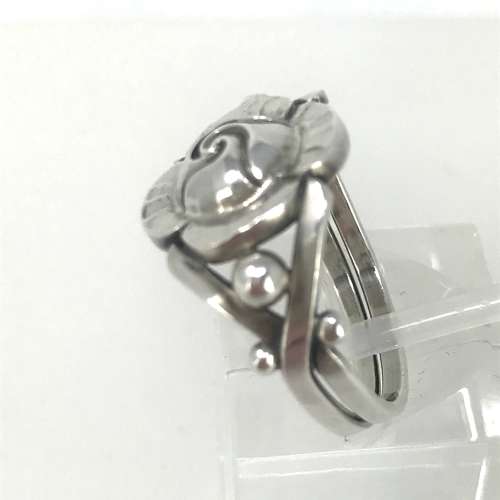 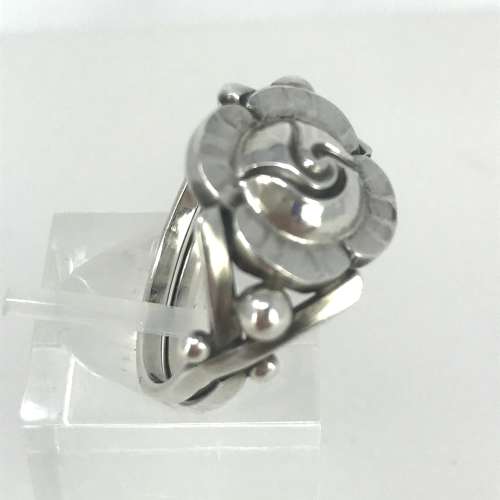 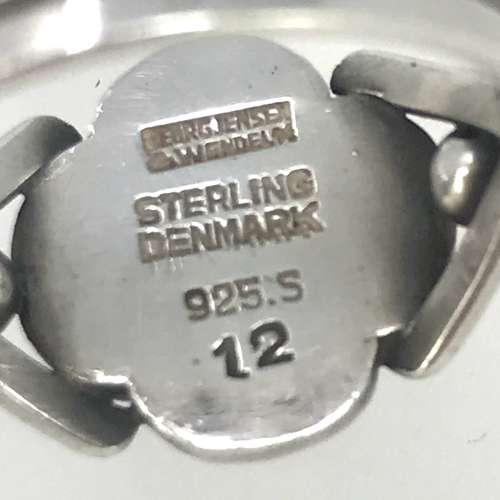 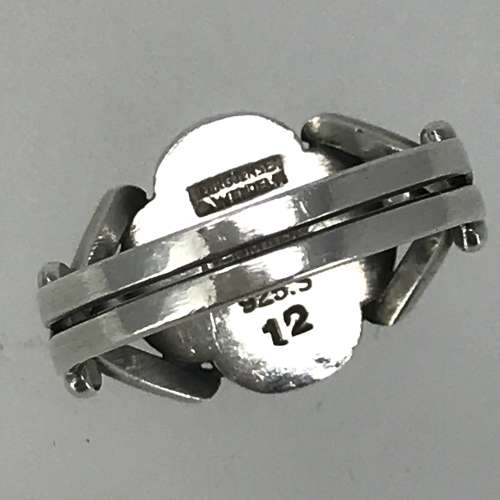 This pretty floral ring features a rose in a split shank with  bead setting, This design continues into the split band. It was made during the period 1945-51, but probably from an earlier design. It is UK size M, and the internal diameter is approximately 16.5-17mm.

The ring is in excellent used condition. It bears the marks 'Georg Jensen & Wendel A/S' Sterling Denmark 925S and 12, the design number.