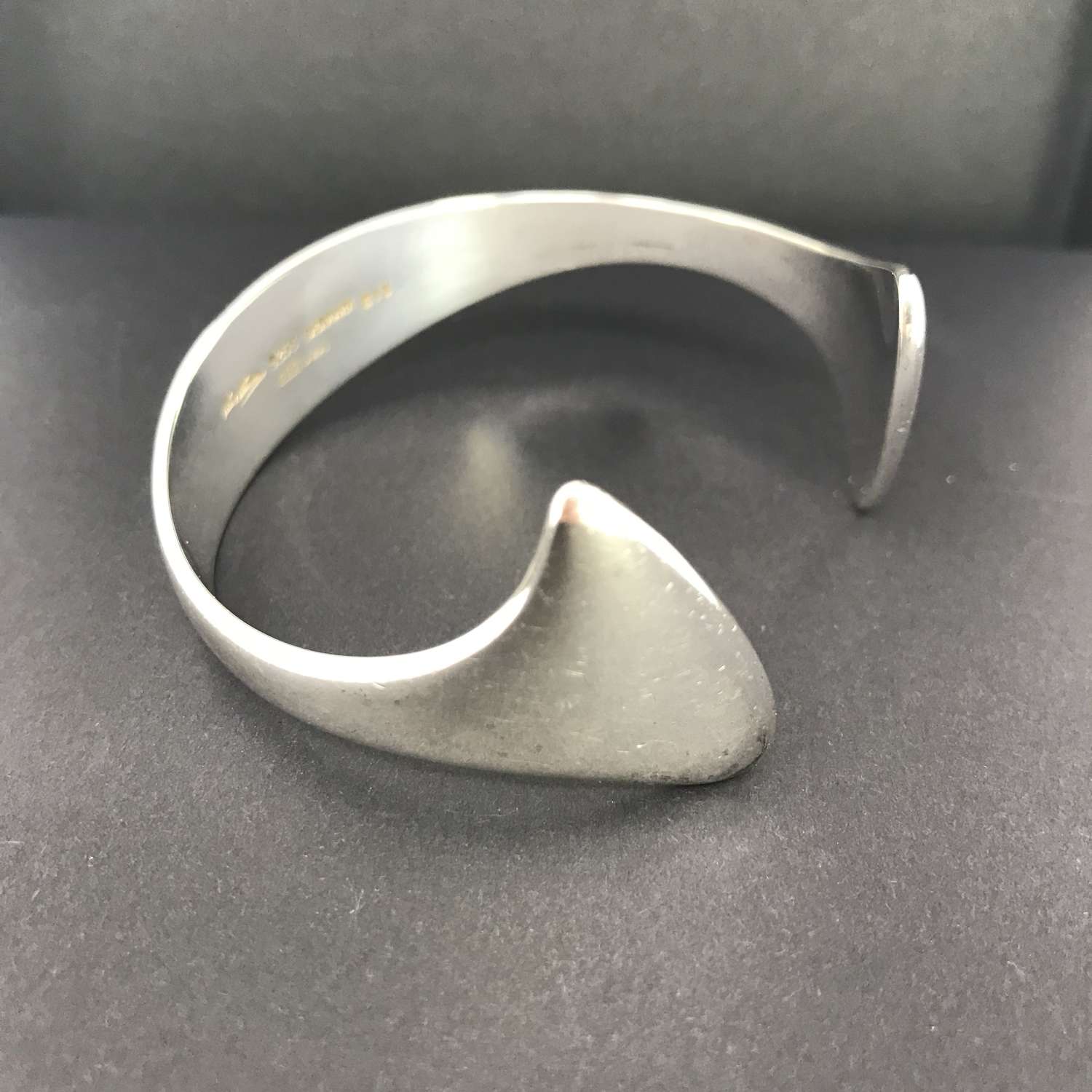 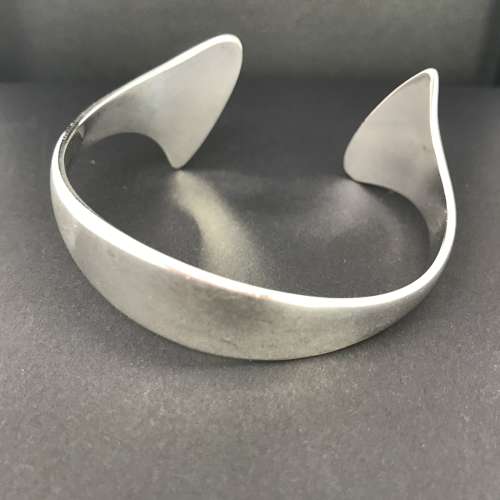 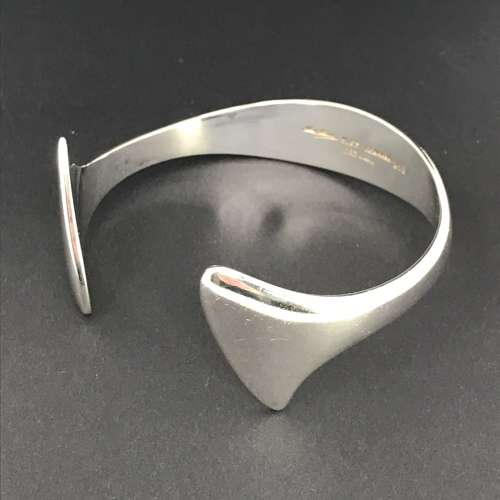 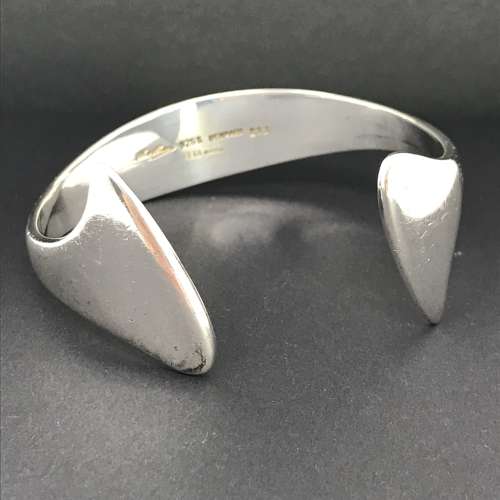 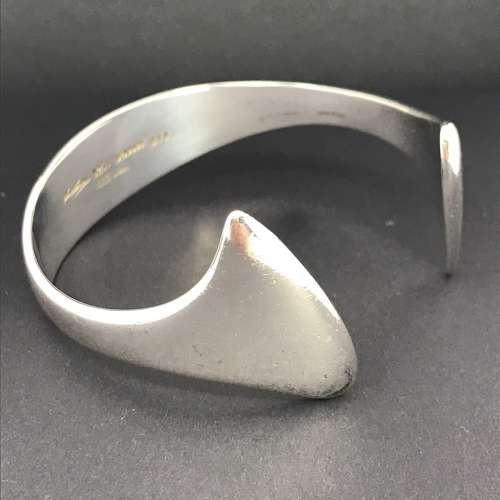 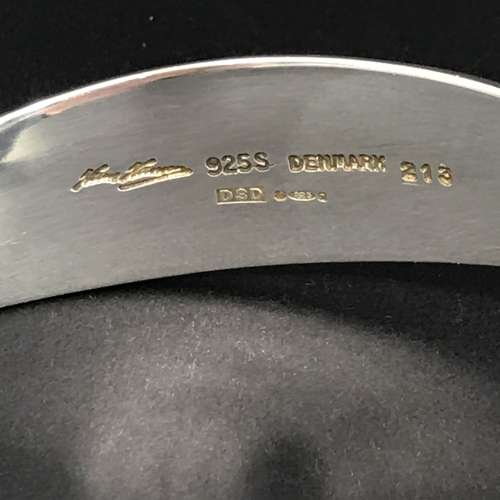 This sleek and elegant modernist silver bangle/ arm ring is by Hans Hansen, Denmark. It weighs c41g, has an internal circumference of 18cm, and suitable for a slightly smaller wrist size. The opening is 2.6 cm.

It is in excellent vintage condition and has London import marks for 1968. The other marks are Hans Hansen (in script) 925S DENMARK 213 (model number) and DSD. DSD is Danish Silver Designs, the sponsor's mark.

Hans Hansen (1884-1940) first started trading in about 1906. By the 1920s Hansen was designing and producing his own line of flatware then later moving on to jewellery. The production of items of jewellery began in earnest in 1932 with a collection designed by his son, Karl Gustav Hansen.

After his father’s death, Karl Gustav Hansen took over the Hans Hansen Silversmithy. Other designers, including Bent Gabrielsen Pedersen and Bent Knudsen also worked for the company, with Allan Scharff as the leading designer from the 1980s. In 1992 the firm joined with the Georg Jensen company.