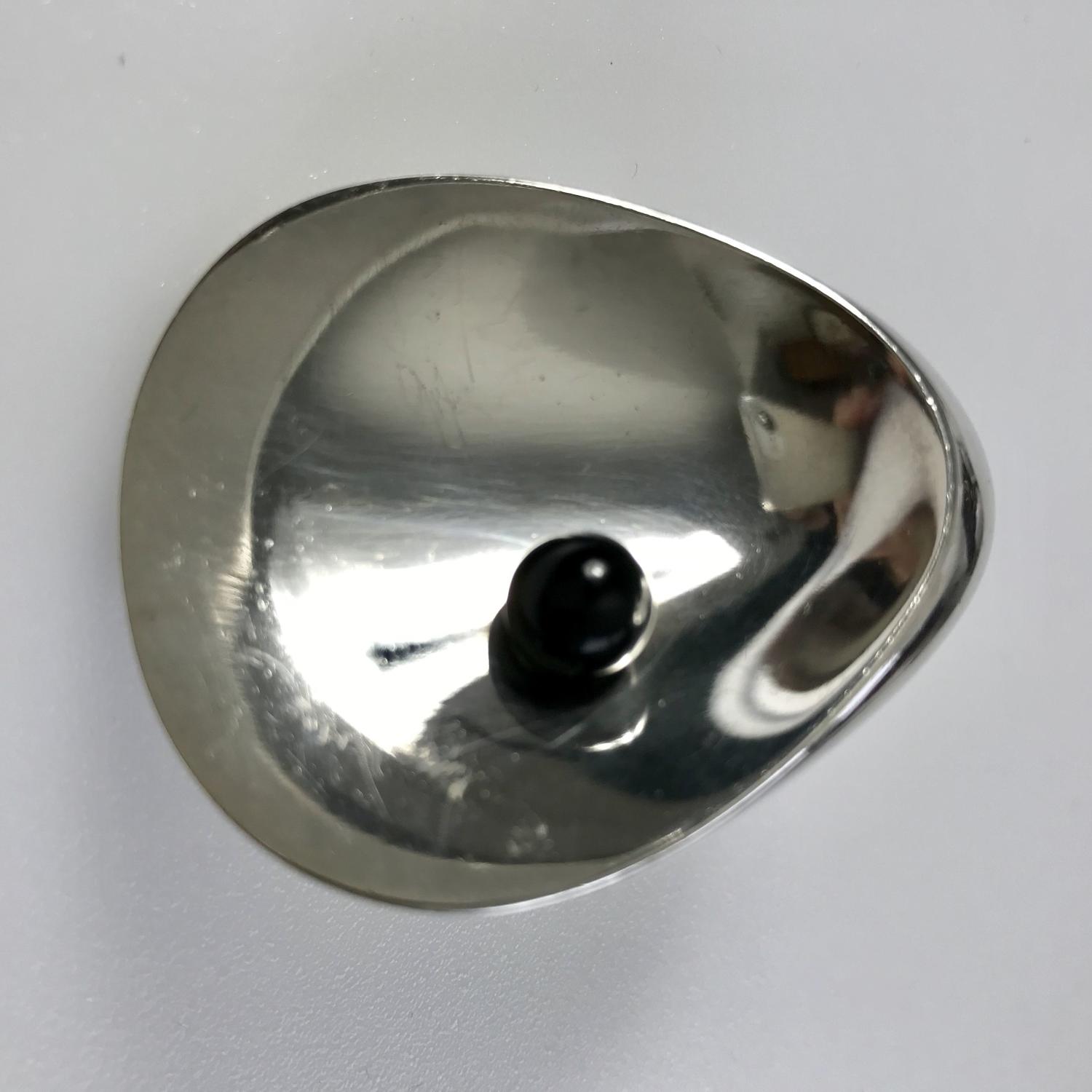 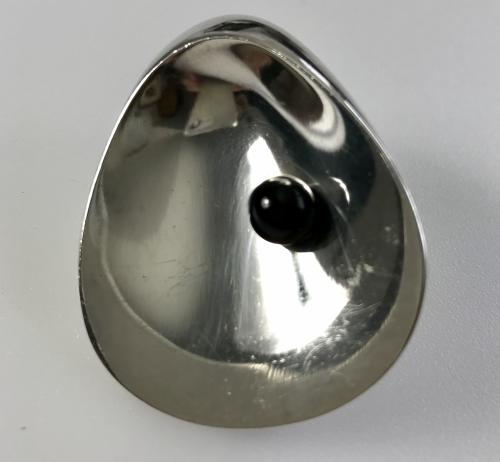 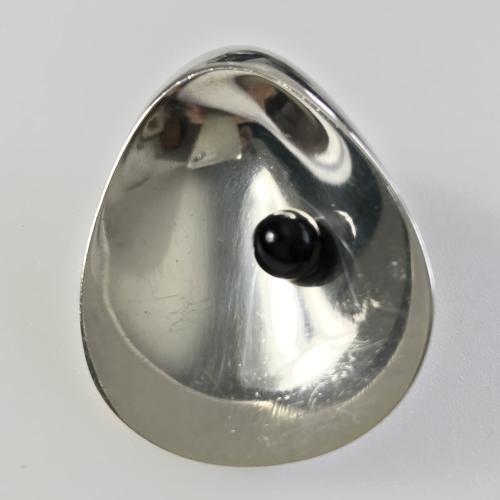 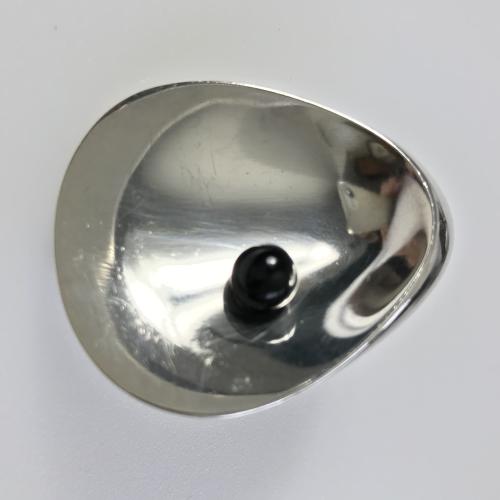 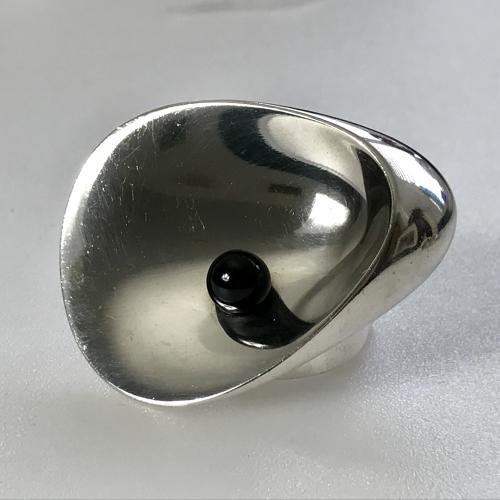 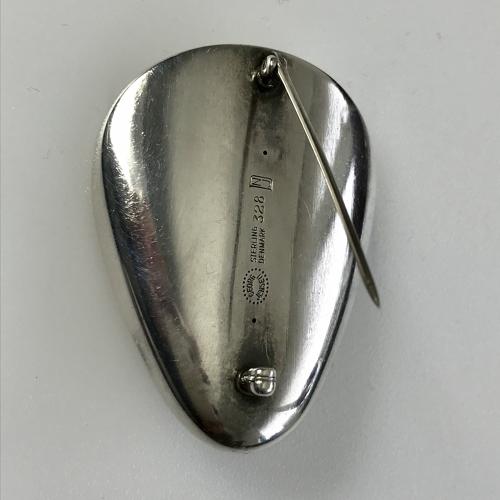 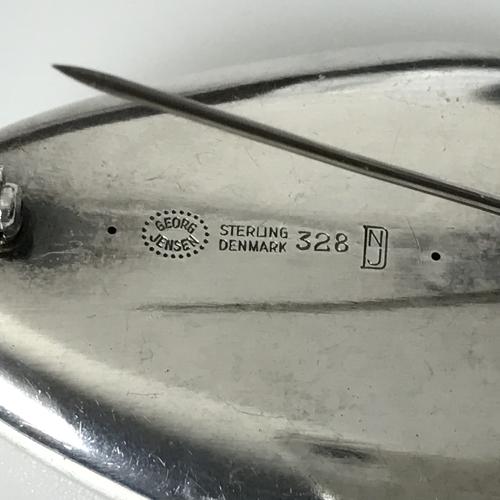 An example of the famous silver Oyster brooch with a stylised pearl made from black onyx by Nanna and Jørgen Ditzel for Georg Jensen. This brooch was designed c1956 and is model number 328. It came in two versions one with the pearl and one without.

The brooch has hallmarks for Georg Jensen with the dotted oval for after 1944, Sterling, Denmark, 925S and NJD for the designers. It is in excellent used condition with some light surface scratches to the front.

Nanna Ditzel (1923-2005) was one one the leading post-war jewellery and furniture designers in Denmark. She produced over 150 designs for Georg Jensen over a period of five decades. Some early examples, like this one, were designed in collaboration with her husband Jørgen Ditzel (1921-61).