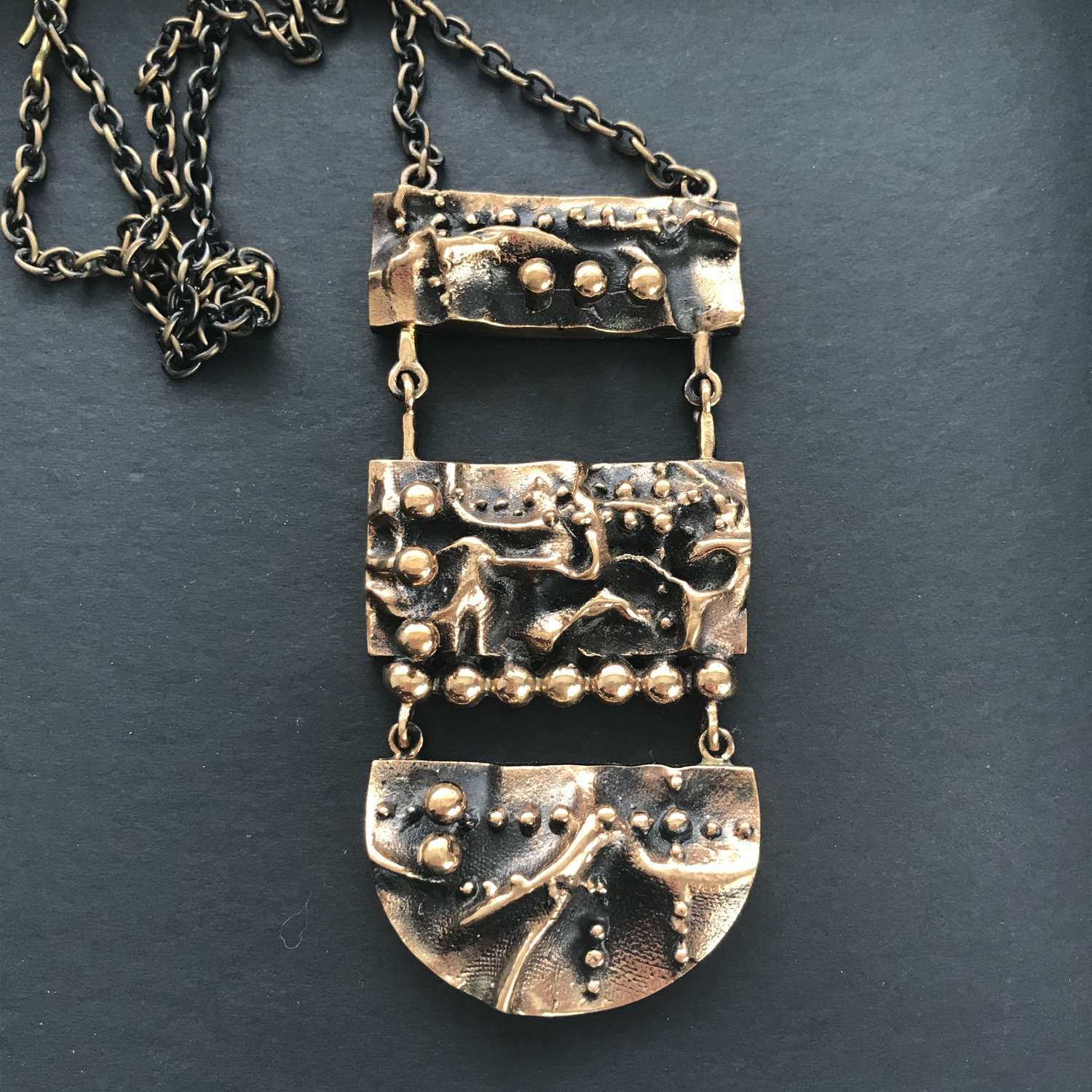 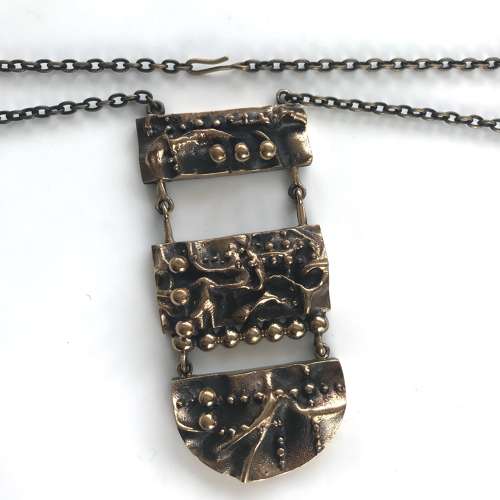 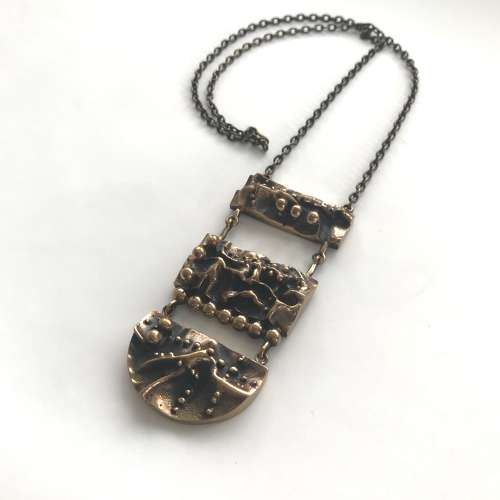 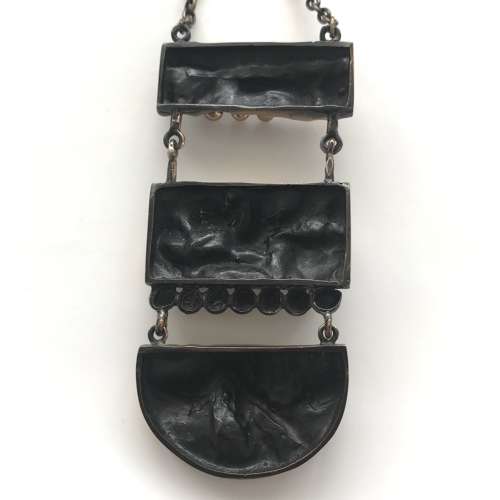 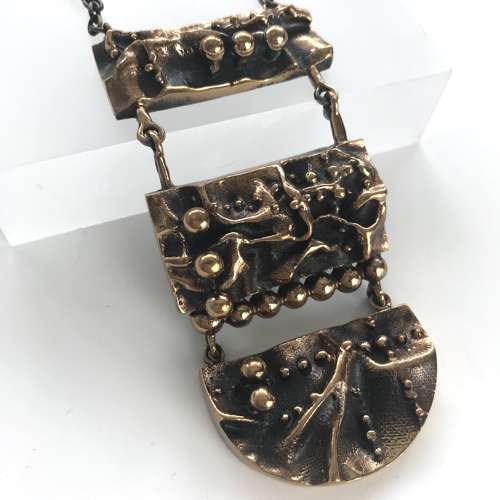 This is a chunky, kinetic bronze pendant designed by Pentti Sarpaneva for Kalevala, Finland.  The pendant, which is made of three sections, is a huge 10x4.5 cm. The chain is 64 cm long.