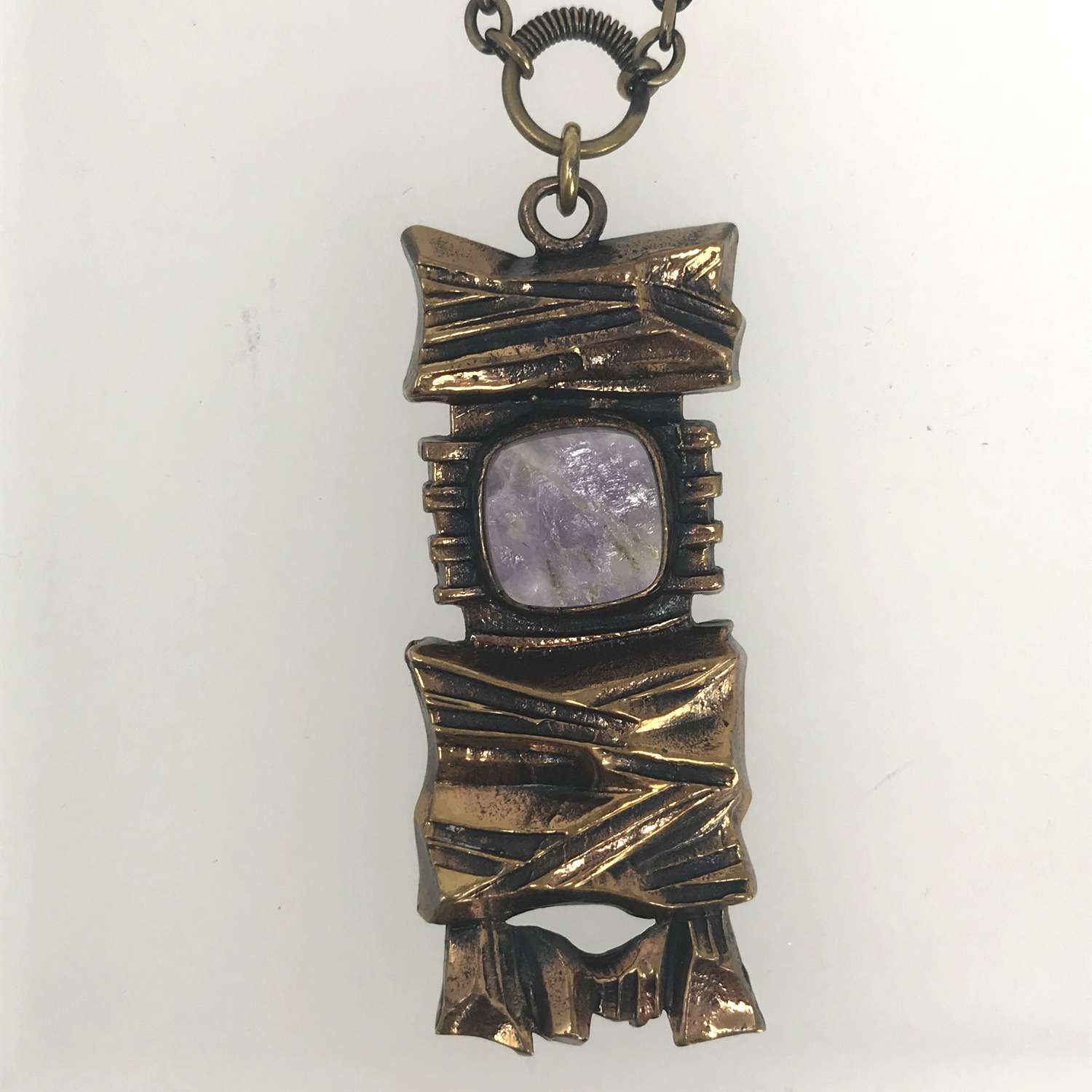 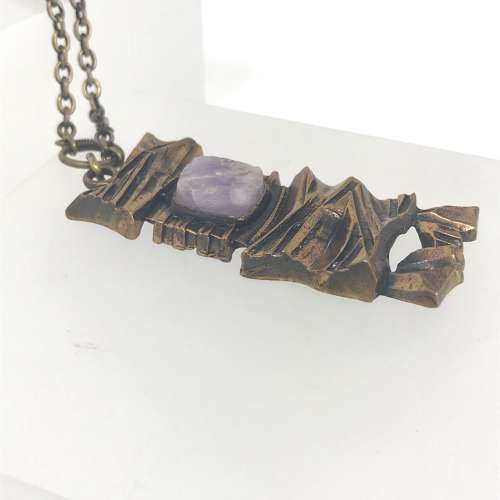 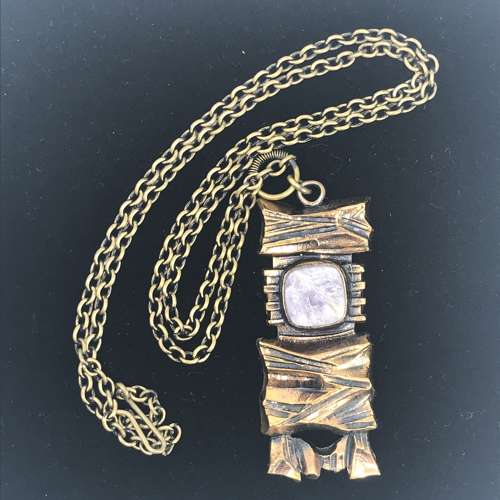 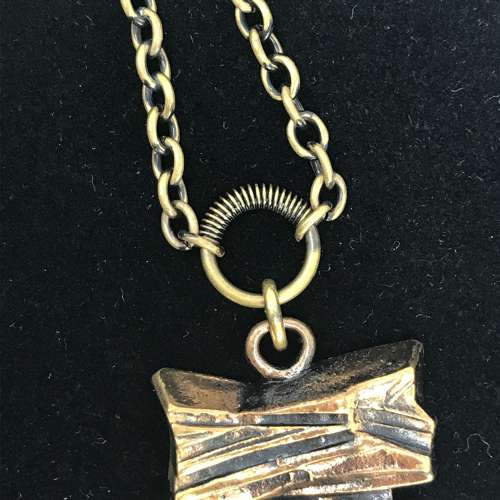 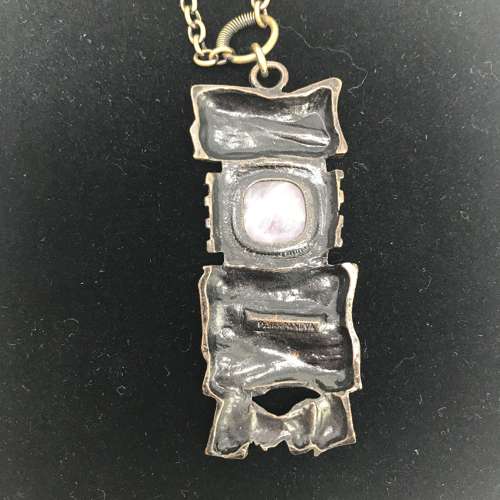 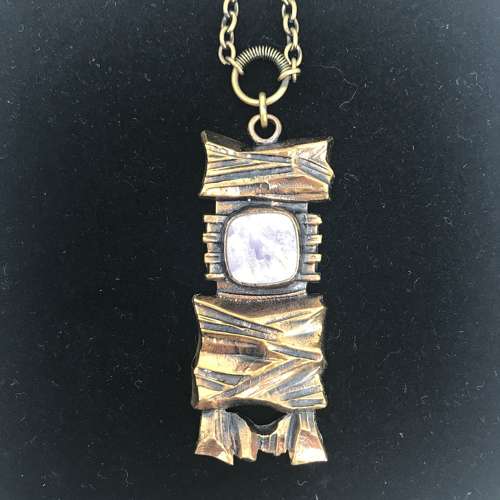 This stylish, brutalist bronze pendant by Pentti Sarpaneva is set with an unpolished amethyst measuring 1.5cm.  The pendant length, including the bail, is 7cm; the chain measures c66cm. Excellent vintage condition.