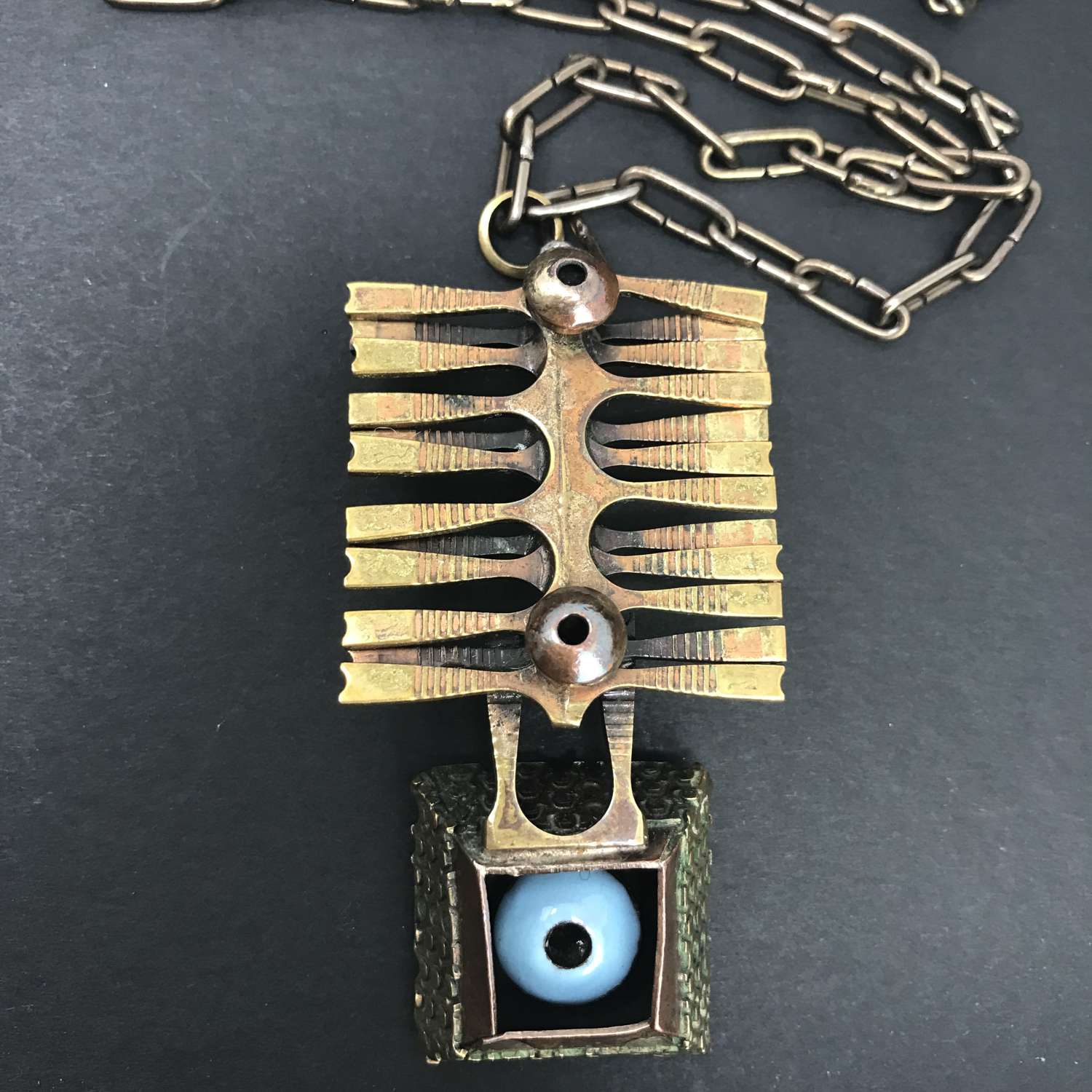 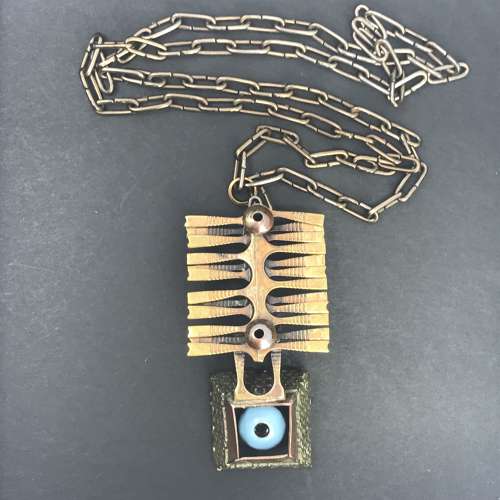 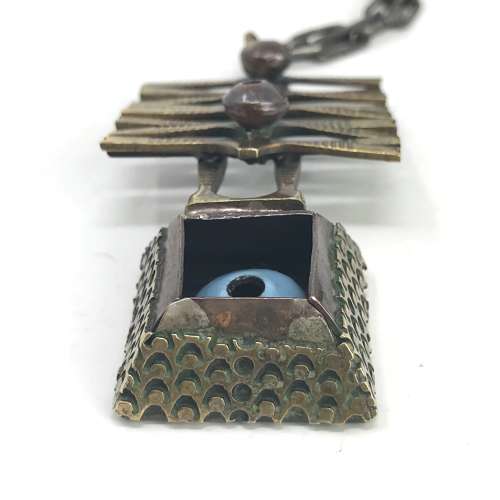 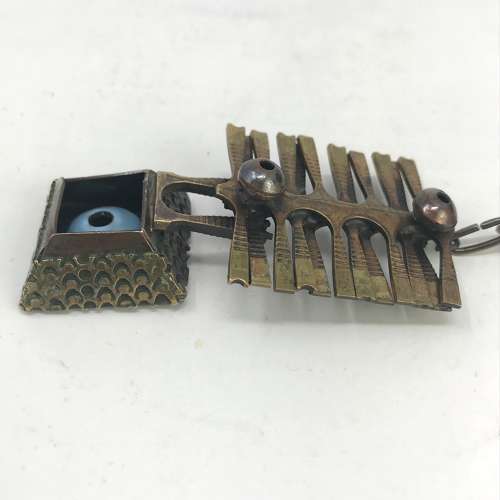 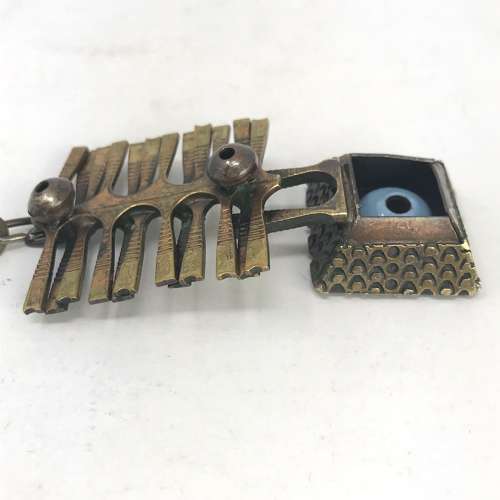 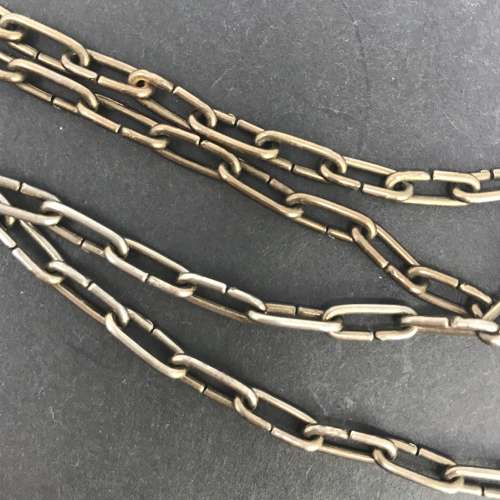 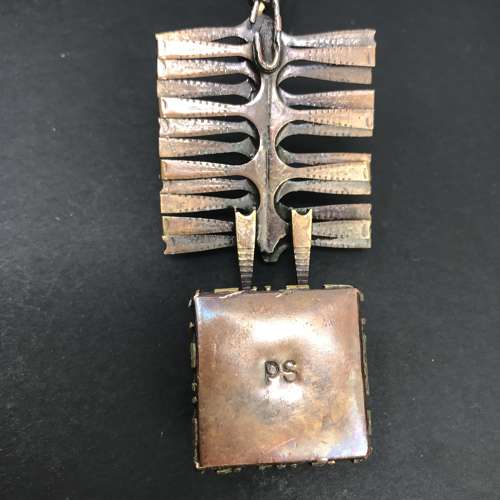 This is a rare piece: a brutalist bronze pendant with a blue ceramic 'eye' by Finnish designer Pentti Sarpaneva. It's fairly chunky, measuring approximately 7 x 3.8 cm (excluding bale) on a 66 cm bronze chain. It's stamped with the designer's initials PS.  It's in very good vintage condition with only minor signs of use and age-related patination.