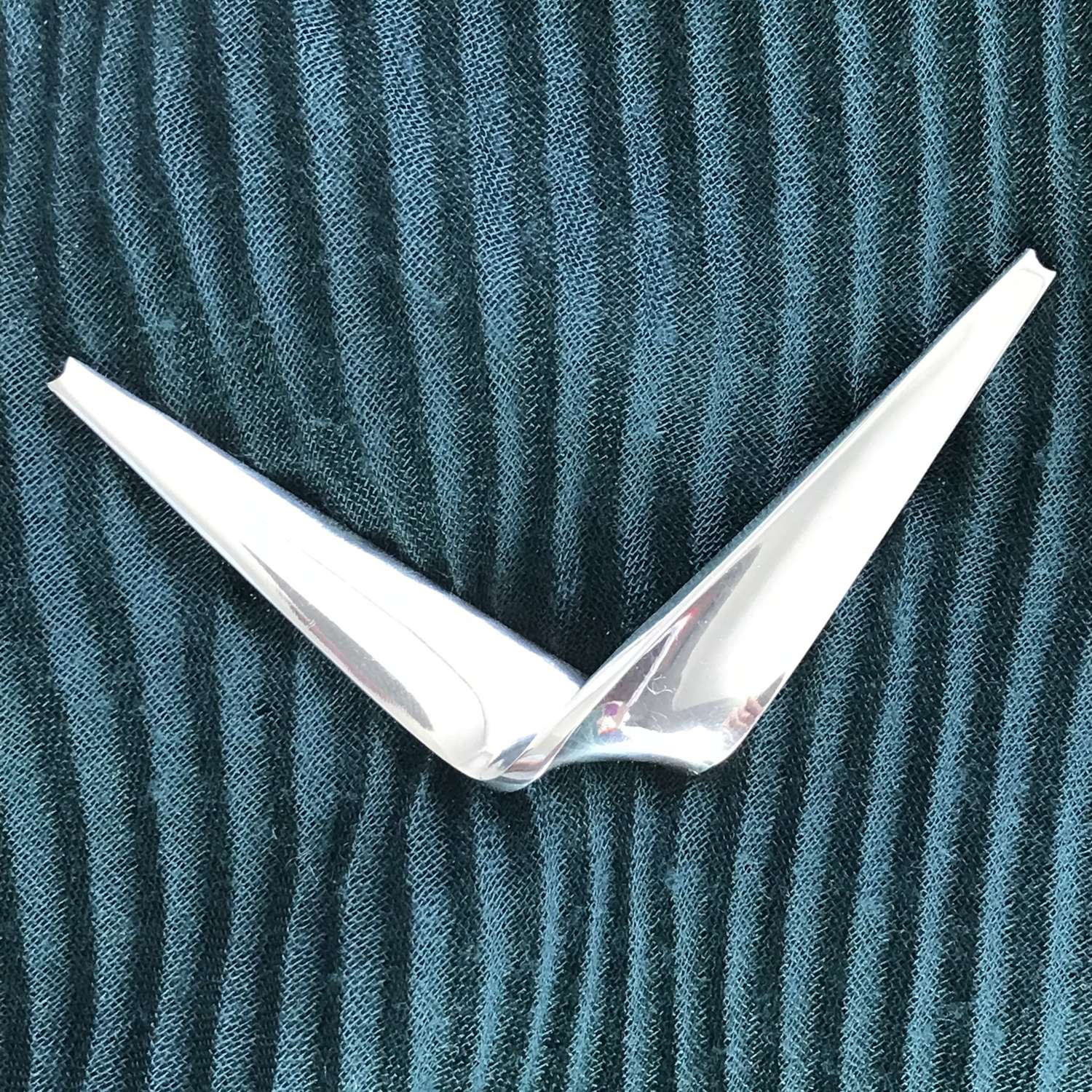 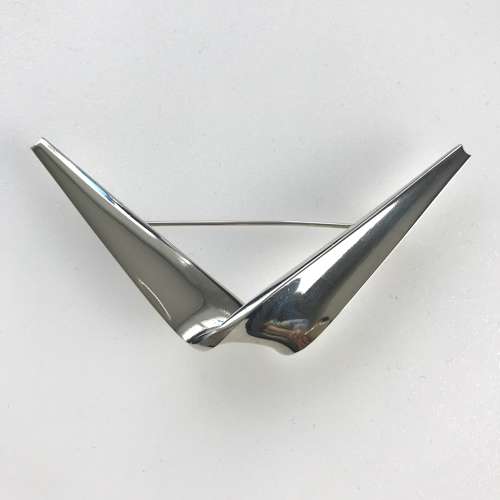 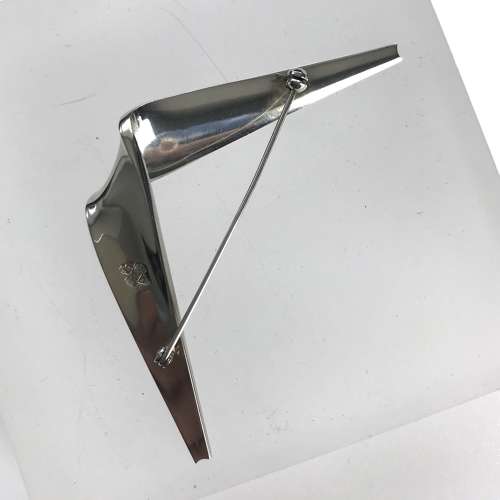 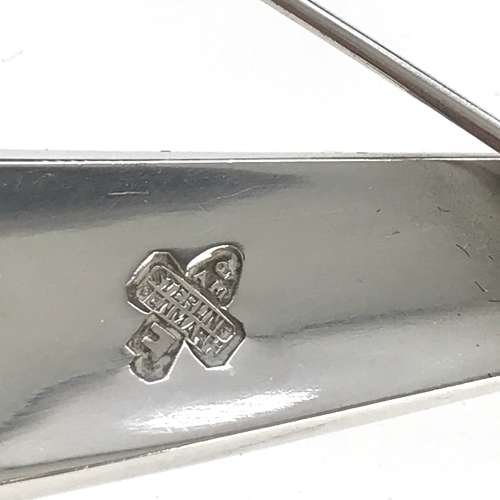 This simple, modernistic brooch was designed by Eigel Jensen for Anton Michelsen company. It has the form of an open V-shape. It is fairly substantial, and weighing a fairly heavy 20g it is more suited to wearing on a jumper, coat or jacket than lighterweight clothes.

It is excellent used condition and bears the designer and maker marks.

Eigel Jensen (1917-2002) trained with the Hans Hansen silversmithy and designed for Georg Jensen. He worked for Anton Michelsen as a silversmith and production manager from 1943 to 1983.