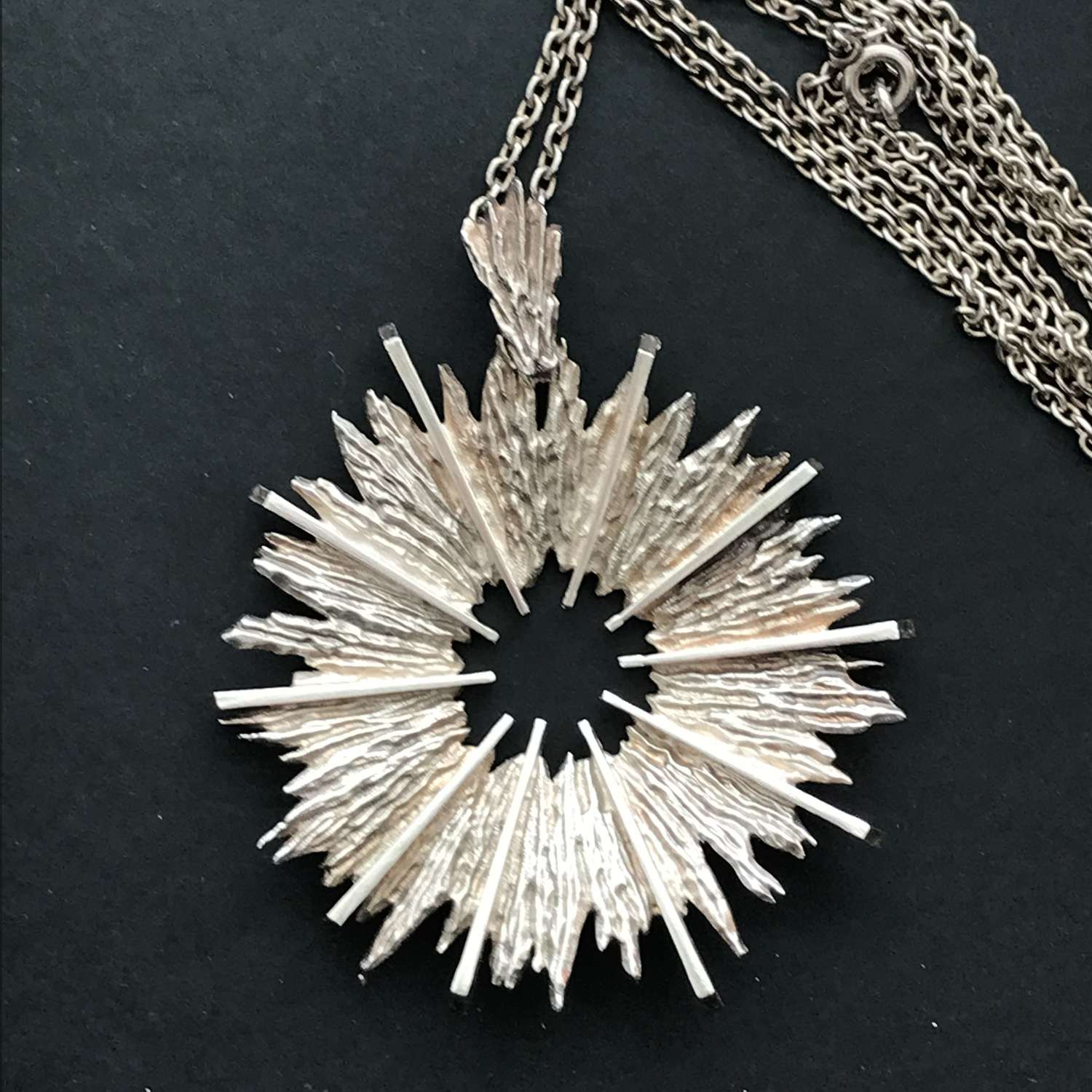 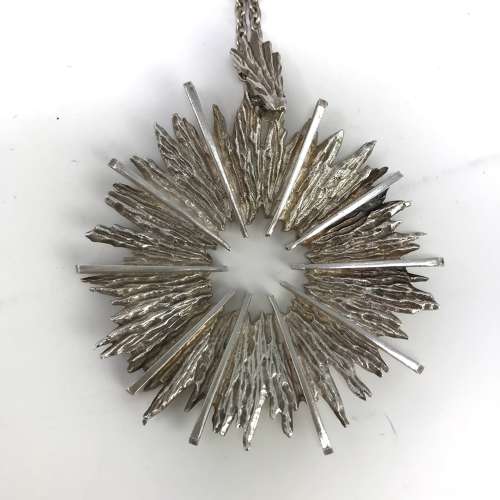 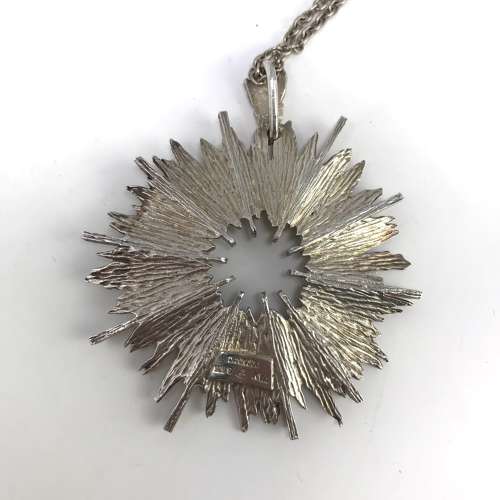 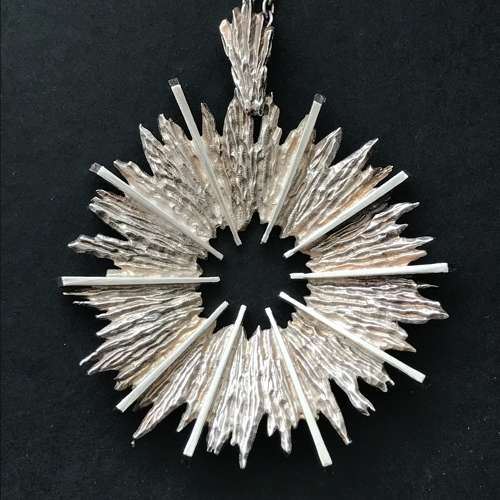 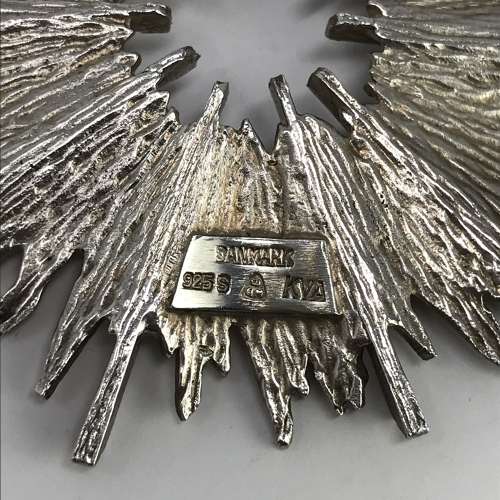 Starburst pendant designed by Knud V Andersen for Anton Michelsen, Denmark c 1970s. The pendant diameter is 5.8 cm excluding the bail. The chain measures c 70 cm. It is is excellent vintage condition and is stamped Danmark, 925S KVA and has the Anton Michelsen logo. With chain.

Knud V Andersen was the designer Anton Michelsen during the early 1970s then had his own studio from 1975 to 1989.  The majority of his jewellery designs have a bark-textured finish.