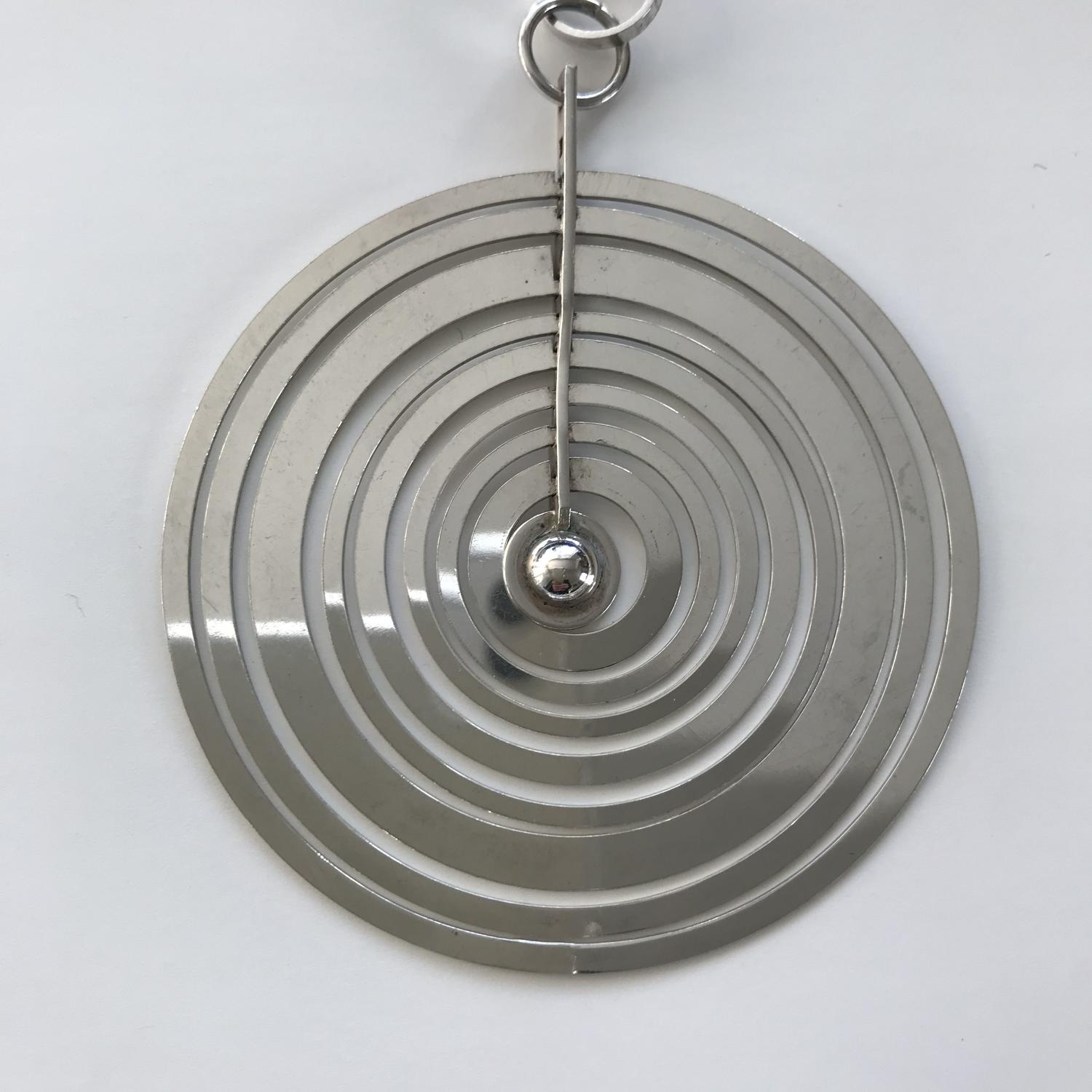 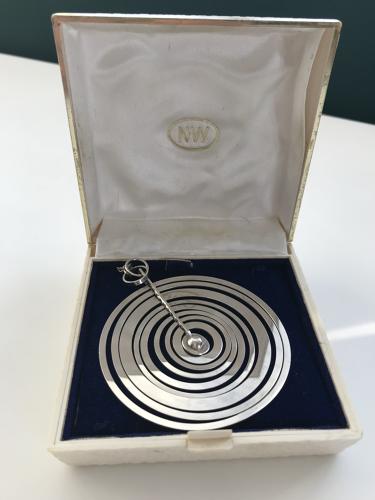 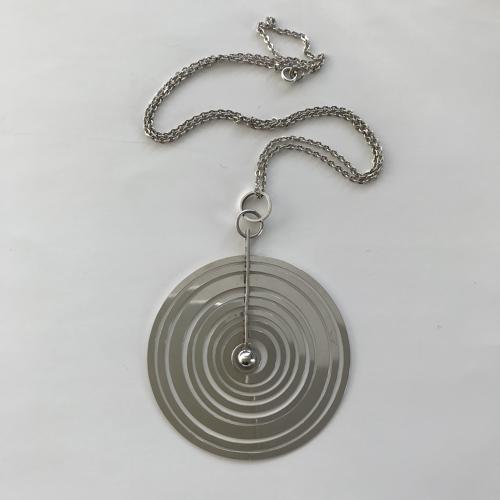 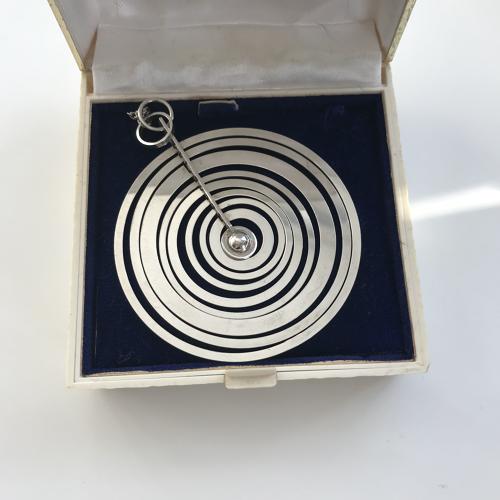 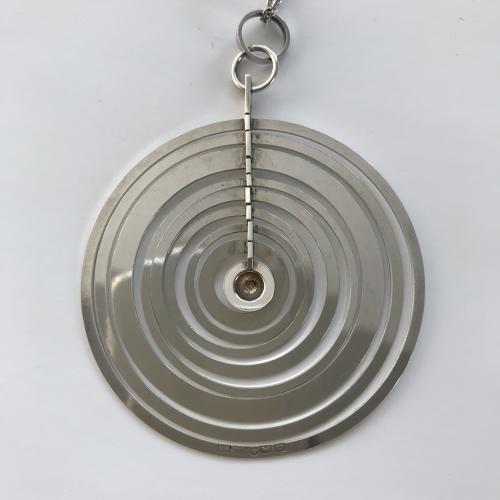 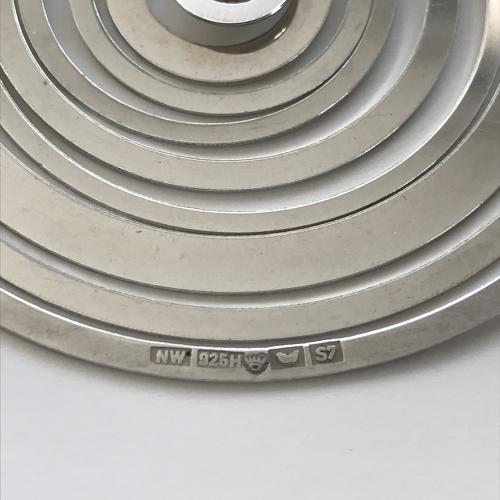 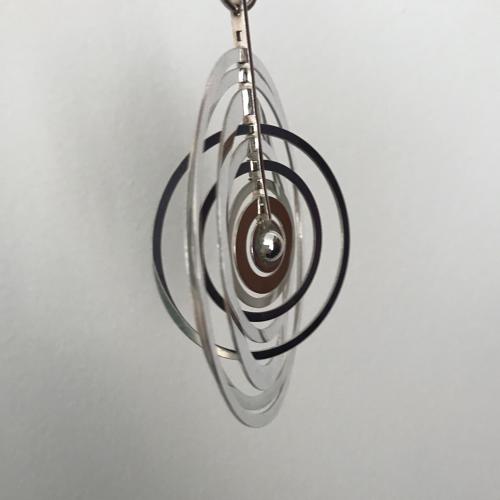 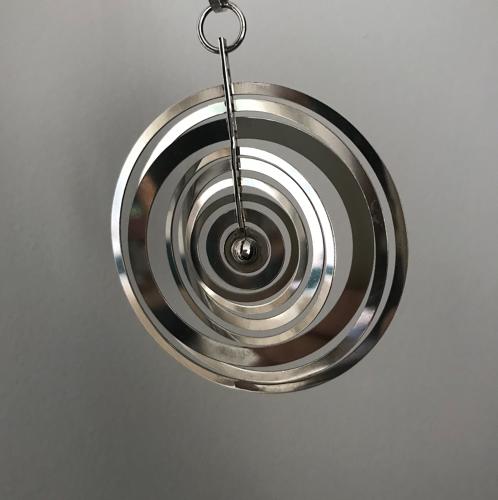 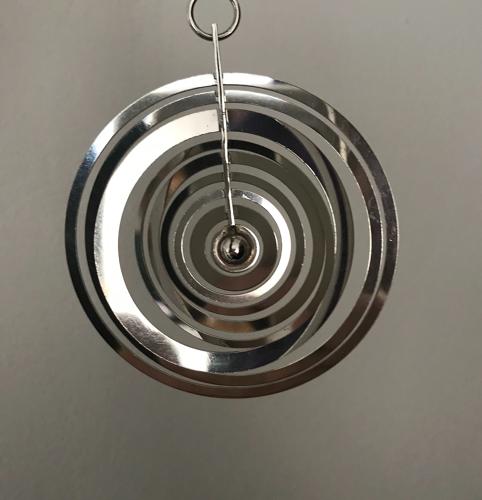 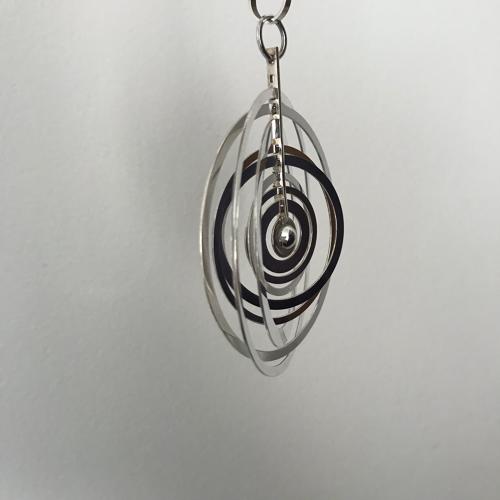 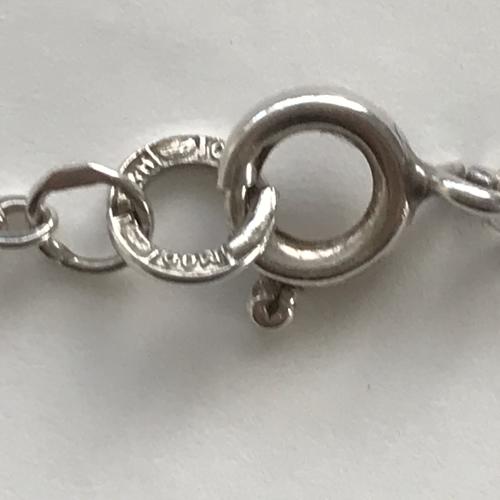 A masterpiece of Scandinavian jewellery design. The silver moon pendant was designed by Tapio Wirkkala in the late 1960s as a piece of kinetic jewellery. The moving rings rotate around a sphere.

Designed by Wirkkala it was made by jewellers Nestor Westerback. The pendant is hallmarked for 1971 and the chain for Helsinki 1969. The chain is 54cm long.